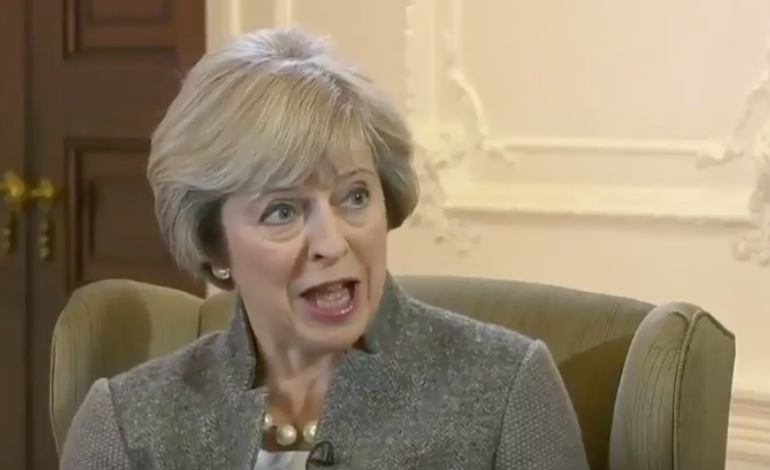 Theresa May’s general election campaign has so far consisted of invitation-only events, and four words repeated relentlessly: ‘strong and stable leadership’. But during an interview with Radio Derby, May moved her campaign beyond parody.

During the 27 April interview, host Chris Doidge asked Theresa May if she knew what a ‘mugwump’ is. This was a word used by Foreign Secretary Boris Johnson to deride Labour leader Jeremy Corbyn. May responded:

Allies and foes alike in the media united in stunned recoil at May’s failure to human. Stig Abell, former managing editor of The Sun, said:

This is, astonishingly, not a parody. https://t.co/yyXnFuwUUy

This entire election, in one exchange https://t.co/RTWdAW7kLK

But fortunately, most voters have already noticed that May has just one argument to support her campaign.

Perhaps it’s time for the Prime Minister to try out some new lines? Unless, of course, she doesn’t have any.