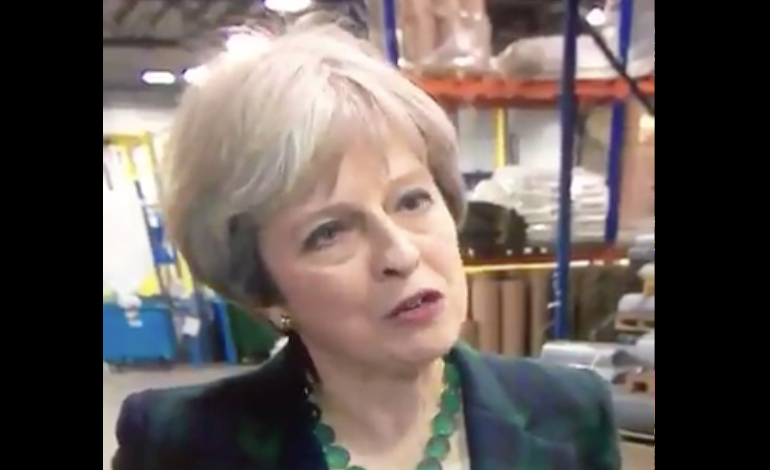 Theresa May failed to achieve the minimum requirement of a campaign event this week, by forgetting which town she was actually visiting. Her botched attempt to cover the gaffe only heaped misery on embarrassment.

The interview from hell

There might be a charming way to recover from a blunder like this one. But Theresa May is not known for her silver tongue. So when she managed to forget the name of the town she was visiting, this happened:

When your minders take you to an empty factory for a photo shoot but forget to tell you where it is…#GE2017 pic.twitter.com/qjacApA6Xh

She also managed to lose three of her key aides in the first week of her campaign. This included resignations from her Director of Communications and her Press Secretary.

Meanwhile, the opposition leaders have been hitting the road, creating excitement around their campaigns. And there has been a surge in bets for Labour leader Jeremy Corbyn to become the next Prime Minister. A poll, albeit an unscientific one, of over 165,000 viewers on ITV‘s This Morning concluded with 68% of viewers wanting to see Corbyn in Number 10. Just 19% wished to see Theresa May win the general election.