Theresa May's pitiful election campaign has earned her a new nickname. And she's not going to like it [VIDEO] - Canary 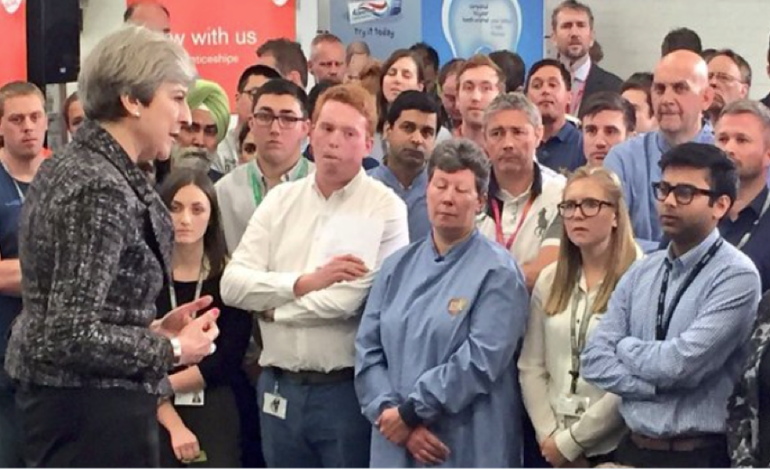 People have started to notice something weird about Theresa May’s campaign events for the 8 June general election. They almost all take place in empty factories, with invited visitors bussed in. This has prompted a new nickname: Kim Jong May. For its likeness to the propaganda style of North Korean dictator Kim Jong-un.

May’s campaign events barely enthused the invitation-only guests, let alone the country. The stream of images on the campaign trail show one empty factory after another. So some bright spark stitched together the images into a North Korean style propaganda video.

Today #KimJongMay made glorious visit to workers of North Derby factory. All praise our strong and stable leader!!! pic.twitter.com/o2Q7iWTn9O

So far, May has almost exclusively attended events with prepared audiences. With ordinary folk kept away from view. 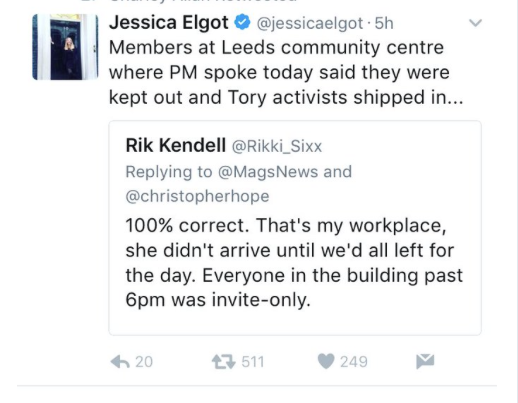 But even with this level of control over the guest list, her audiences still looked like they’d arrived in blindfolds and handcuffs.

Elsewhere on the campaign trail

The opposition leaders are having no such problem connecting with the electorate. And the difference has seen May’s lead in the polls drop by seven points in just a week.

Labour leader Jeremy Corbyn has kicked off a strong grassroots campaign, meeting with communities across the UK.

#ImVotingLabour because I believe @jeremycorbyn would make an excellent PM. pic.twitter.com/YUReJfx5E2

The Green Party has been canvassing door-to-door and putting in public appearances in a more natural setting.

And the SNP in Scotland and Plaid Cymru in Wales have also been rallying support from the public.

The tide is turning fast on Prime Minister Theresa May. When the PM called this snap election, the media treated the result as a foregone conclusion. But this is becoming a much tighter, more exciting race than predicted. And the public just might deliver a massive upset to the establishment on 8 June.