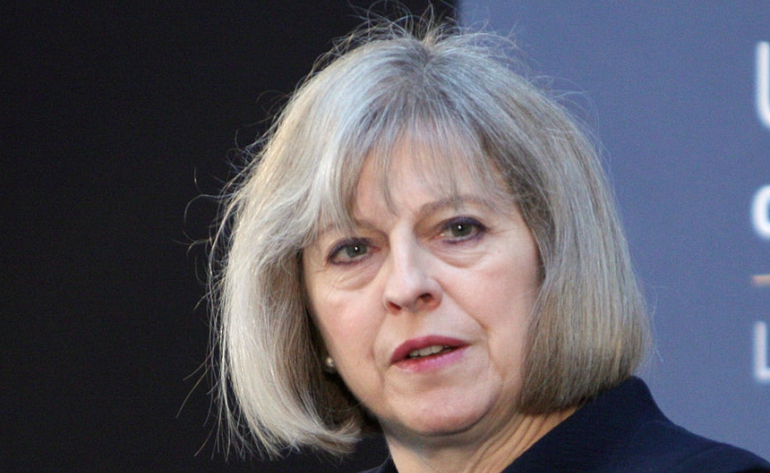 The Conservatives really don’t seem to want to meet the public. Theresa May has gone into hiding, refusing to meet real people. Boris Johnson was supposed to be in hiding until he wrote an article for The Sun and put his foot in it during various media interviews. Now, Education Secretary Justine Greening has pulled out of addressing the National Association of Head Teachers (NAHT) conference.

Why are you hiding from headteachers, Greening?

Greening is not exactly popular with headteachers. And she’s probably attempting to avoid embarrassing scenes. Such as when she addressed the Association of School and College Leaders annual conference in March 2017. Attempting to set out her plans for grammar schools, angry headteachers heckled Greening with shouts of “rubbish” and “no, no”.

Greening is in fact not at all popular with headteachers. Across the country, they have written to thousands of parents about the reality of Conservative cuts to our schools. A letter sent to all parents in Cornwall and Sussex set out “the significant school funding issues that are gripping [their] schools”.

Budget cuts have forced other schools to send begging letters to parents. As Redland Green School in Bristol made clear:

We have had to make cuts year on year for several years now because of the Government’s austerity policy, which has meant flat budgets for education.

The harsh reality of schools in Tory Britain

And the impact on school children is heartbreaking. Headteacher Oliver Joseph wrote about budget cuts to his school:

Of course I can’t speak on behalf of everyone my age, but in my school, everyone’s mental health isn’t exactly tip top. Despite support from teachers, they know there isn’t much they can do as it is the government that puts pressure on them. It’s not uncommon to see us roaming corridors with faded looks in our eyes or crying in the toilets and I’ve kind of got used to people breaking down in the middle of a lesson. Looking around a classroom 3 weeks away from exams, I see a group of kids slumped over desks with books closed and minds shut off to the work as well; we’re all exhausted.

Where have all the Tories gone?

It appears the Conservatives don’t like meeting real people. Especially people who are qualified, able, and willing to challenge them on the damaging impact of their policies. So now, Greening is running scared. Perhaps she’s afraid an embarrassing encounter will make the headlines and thus highlight the government’s disastrous record on education.

But education needs to be central to this election debate. So we need to keep putting it at the top of the agenda.

Our children, our friends’ children, and our future children are all relying on us. Our schools are in crisis. And while our children cannot vote, we can. And we have the chance to give them all better opportunities and a better future.