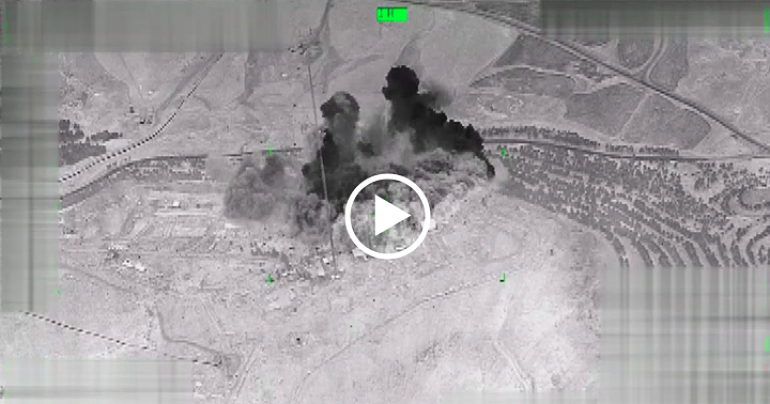 After NATO member Turkey bombed anti-terrorist ground forces in Syria and Iraq on 25 April, the US Department of State released a statement of condemnation. This was a public dressing down. But so far, it appears to have had little impact. 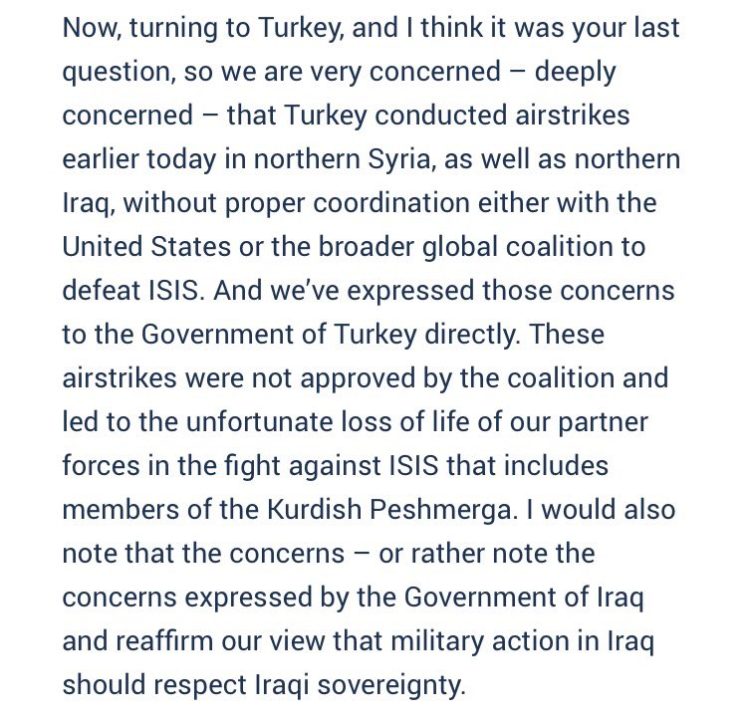 This was a significant statement. For it emphasises that targets Turkey hit were “partner forces” in the fight against Daesh (Isis/Isil).

These ‎airstrikes were not approved by the Counter-ISIS Coalition and led to the unfortunate loss of life of our partner forces in the fight against ISIS, including the Kurdish Peshmerga.

The bombing by Turkey hit the positions of Kurdish-led forces in Syria and Iraq, allegedly killing dozens of fighters and civilians. And targets include the YPG (People’s Protection Units), Yazidi fighters, the Syrian Democratic Forces (SDF). Iraqi Peshmerga, and Kurdistan Workers’ Party (PKK). All forces which are at the forefront of the battle against Daesh.

A video by the Turkish government news agency Anadolu shows the aerial bombing of one target in Iraq.

Turkey hit groups with key roles in the fight against terrorism

The Washington Post, meanwhile, has emphasised the importance of the YPG in the Coalition’s fight against Daesh:

the PKK affiliate hit in the Syria strikes — the People’s Protection Units (YPG) — has played a key role in turning back Islamic State militants and is a major component of U.S.-backed forces preparing for an assault on the Islamic State stronghold of Raqqa.

It added, referring to a target that Turkey hit in Iraq:

the PKK has been expanding its presence in the area, since helping rescue thousands of Yazidis trapped there during the Islamic State’s 2014 rampage.

This Kurdish #woman was fighting for #WomensRights in #Syria.#ISIS & al-#Qaida didn't manage to kill her. @NATO–#Turkey's airforce did it. pic.twitter.com/oLJmWWKNFF

Early signs of a NATO rift?

Just over a week ago, Turkish President Recep Tayyip Erdoğan won a vote (by the narrowest of margins) to increase his presidential powers. Thus making him a virtual dictator.

And while the US condemnation of Turkish bombing raids in Syria and Iraq does not necessarily signal a major split with its NATO ally, it is most definitely a warning to Erdoğan not to take similar action against its anti-Daesh partners. But that warning is little comfort to partners on the ground who, as well as fighting Daesh, have to contend with escalating Turkish aggression. Furthermore, there is now news of another Turkish bombing raid, suggesting that the US government’s public dressing down of Turkey has had little impact.

British Prime Minister Theresa May, meanwhile, is yet to confirm if British-made arms and fighter jets were deployed in Turkey’s attacks on anti-Daesh ground forces in Syria and Iraq.

Once again, it appears that Turkey will get away with killing ground forces that are key in the fight against Daesh.