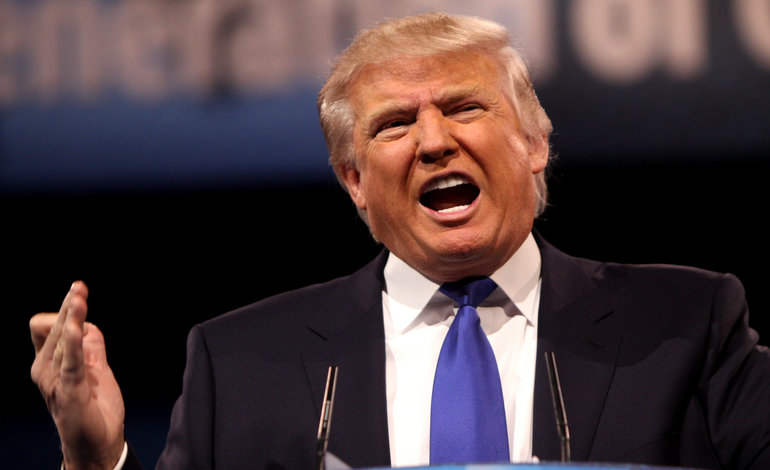 White House sources are claiming that the US will abandon the Paris Agreement on climate change. The global convention, signed by 147 countries, aims to tackle global warming. And with the USA a world leader in burning fossil fuels, Trump’s decision is a major blow to international efforts.

Trump to withdraw from Paris Agreement on climate

Sources with “direct knowledge of the decision” by Trump have confirmed a plan to withdraw. A staple of Trump’s campaign, his plan to “cancel” US co-operation in the agreement may not be seen as underhanded. But critics are linking the decision with an attempt at boosting US fuel industries. The decision, made after Trump considered the evidence, stands in direct contradiction to a US delegation in 2015. And to the science.

Going against his senior advisors Rex Tillerson and James Mattis, Trump has now cast uncertainty on the US’s role in future climate efforts. A strong climate change denier, famously calling it a “hoax“, Trump is now attempting to use his presidential authority to over-rule what is considered the scientific consensus. As Trump tweeted in 2012:

Trump has already been heavily criticised for his heavy-handed decision-making. And now world leaders are speaking out not just against him, but for the world’s future. A spokesman for German Chancellor Angela Merkel announced that Europe can no longer rely on the US and that it “speaks for itself”.

If this is true, it is a big setback. Then, we must find partners to continue, because this work must not stop.

Environmental advocates, however, are less guarded with their opinions. Friends of the Earth released a statement claiming:

Donald Trump is on a mission to sacrifice our planet to the fossil fuel industry. By pulling out of the Paris Agreement, Trump will make the United States the world’s foremost climate villain.

Trump is temporary, and most likely peak stupid. The US will return to science and reason when he’s gone.

Climate change is a proven man-made phenomenon. And curbing greenhouse emissions is imperative. Burning fossil fuels releases a combination of gases into the atmosphere, where they trap heat creating a ‘greenhouse effect’. This raises global temperatures. And the results are increasing sea levels, droughts, species extinction; perhaps even our own extinction. If you want to see our future, just look at Venus. Arguably the first victim of a runaway Greenhouse effect.

A report by the US Environmental Protection Agency (EPA) shows that carbon emissions are just shy of 10,000 million tonnes a year. In fact, the total atmospheric carbon dioxide in parts per million has surged past 400, much greater than the sustainable level of 350.

With Trump’s investment in fossil fuel industries only set to rise, the problem will worsen. And the world is counting on the Paris Agreement to slow an inevitable disaster. With the official announcement awaited, it may be that Trump’s hot air has just become a global problem.

– Listen to our new Podcast.