As the case for Trump's impeachment crystalises, May's bootlicking looks like another tactical blunder - Canary 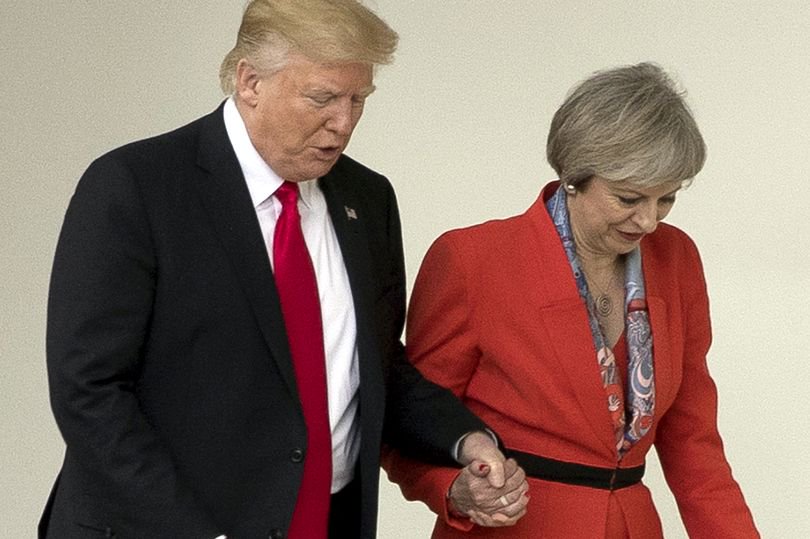 On 9 May, President Trump fired the Director of the FBI, James Comey. On 8 June, Comey will appear before the Senate intelligence committee. This hearing will look into whether Trump is guilty of obstruction of justice. This is very important, as it’s an impeachable offence. A leaked memo from Comey has already suggested that Trump attempted to impede investigations. And now, Comey has released several more documents which further suggest Trump’s guilt.

This could all be very embarrassing for Theresa May. As May has supported or tolerated Trump in a fashion unlike any other Western leader. Even in instances in which Trump has openly criticised our country.

Comey has released seven pages of information relating to his encounters with President Trump. One section describes a conversation about the former National Security Adviser. Comey reports that Trump said:

A few moments later, the President said, ‘I need loyalty, I expect loyalty.’ I didn’t move, speak, or change my facial expression in any way during the awkward silence that followed. We simply looked at each other in silence.

Attorney and professor Seth Abramson has explained how obstruction of justice applies to this case:

People have criticised Theresa May for her dealings with Trump. She defended him when he reportedly leaked top-secret intelligence to the Russians. She would not sign a letter criticisng him for pulling out of the Paris Climate Agreement. And just recently, she did her best to avoid answering questions about Trump publicly criticising Mayor of London Sadiq Khan. She did eventually say that Trump was “wrong in the things he has said about Sadiq Khan”, but her previous avoidance led to responses like this from Labour MP Yvette Cooper:

Oh for heavens sake…… What will it take to get her to stand up to Trump? https://t.co/FaGw8tA1ZR

May’s dealings with Trump have tactically played badly with elements of the right too. As Scotland Editor of The Spectator and Scottish Daily Mail contributor Alex Massie writes:

We know that Trump can only cope with unctuous flattery and that, satisfying as it may be to criticise him, doing so isn’t likely to advance the UK’s interests vis a vis its relationship with the United States.

So Mrs May says nothing, even though saying nothing makes her look terrible. This is no time for a showboating Prime Minister, she might say, and she might have half a point. But it still looks weak and miserable and craven and all kinds of rotten.

Trump has been hostile in his dealings with the EU. May has also been hostile towards the EU, while simultaneously being compliant with Trump. As EU negotiations loom and Trump’s position becomes tenuous, May’s decision to cosy up to the President looks increasingly like a mistake. And as May has made many other mistakes in her tenure as PM, it’s hard to see her commanding a position of strength in Brexit negotiations. Which is just one more reason to vote her out on 8 June.

– Go out and vote on 8 June. Strongly encourage others to do the same.