The Sun made a last-minute plea to the people of Britain. It's backfiring spectacularly [IMAGE] - The Canary 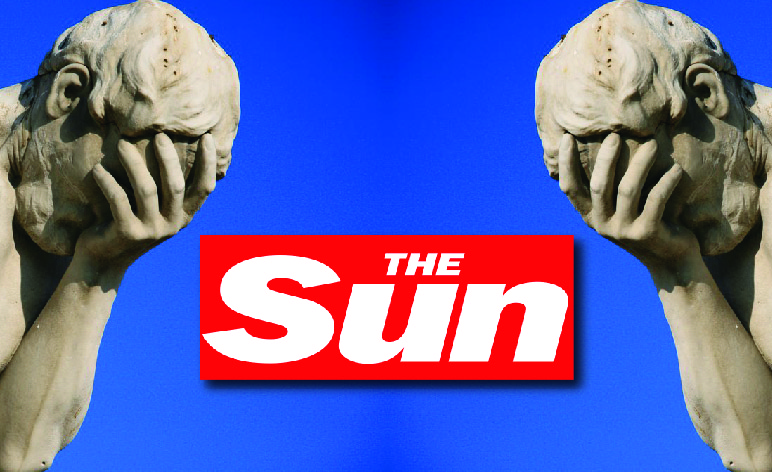 On 8 June, The Sun made a last-minute plea to the people of Britain: 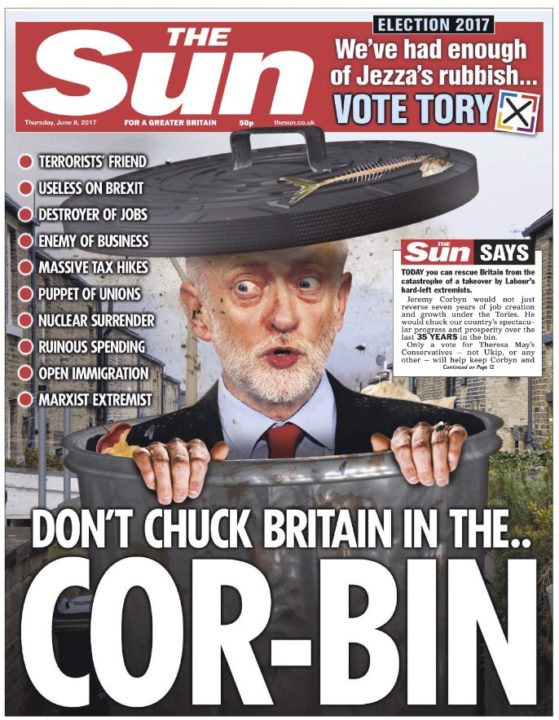 But what’s clear to anyone following this election is that the accusations here are… well… they’re just rubbish.

The Canary trashed the latest “terrorists’ friend” smear just yesterday. “Enemy of business” and “massive tax hikes”, meanwhile, translates to ‘Corbyn expects the super-rich to actually pay their share’. “Ruinous spending” means ‘any spending at all if it helps ordinary people’. And the rest is either completely wrong, total garbage, or a combination of the two.

It has inspired British people, though. And the paper’s owner, Rupert Murdoch, probably won’t be very impressed when he finds out what he’s inspired people to do.

People seem to agree that Britain should not be thrown in the bin. But that doesn’t mean the same can be said of The Sun ‘news’ paper:

This pile of free @thesun was much bigger a few minutes ago
Shame on @odeoncinemas for promoting#dontbuythesun
Guess what happens next? pic.twitter.com/Oj22kSPHnw

Others, meanwhile, took The Sun‘s list of complaints and made their own:

I wouldn't normally recommend looking directly at The Sun, it can damage your sight. But I'll make an exception this time.
Goodnight all 😴 pic.twitter.com/AURsp0dQVC

Of course, The Sun wasn’t the only bile-oozing hate-pamphlet to make an appeal to the electorate: 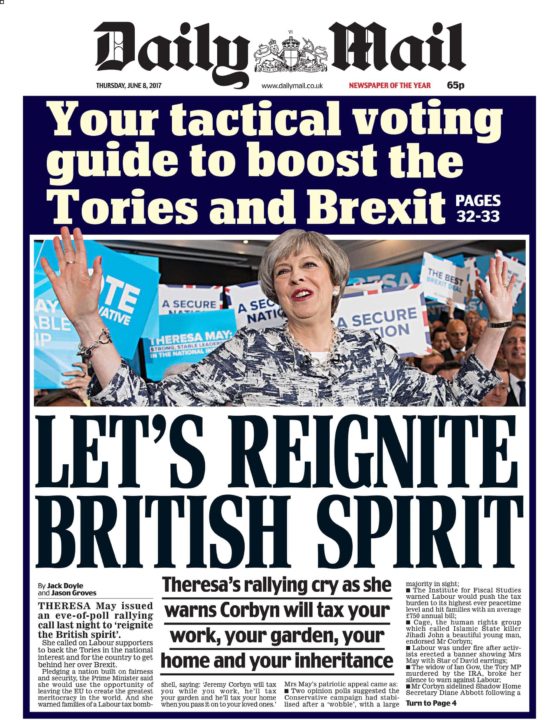 Writer John Niven took this front page as an instruction:

Which led some people to compare him to the Nazi Party members who famously held mass book burnings. Although Niven had a response for them too:

As Niven points out, there is a symbolic difference between burning a book and burning a tabloid newspaper. There’s also a practical difference. A book is meant to be a permanent store of knowledge. A newspaper is temporary – disposable. And in the case of the gutter press, designed not to impart information but to distract from it; to hold politicians to account not via the analysis of their policies but through a series of smears and falsehoods.

And it’s true that it’s propaganda. Although it isn’t state-run propaganda like in Nazi Germany. Instead, it’s aimed at protecting the interests of the rich. Which isn’t surprising, as most of the media is owned by just a few billionaires, and they protect their interests by protecting the politicians who are subservient to them. So it’s unsurprising to discover that our current Prime Minister had a secret meeting with the owner of The Sun and a private dinner with the editor of The Daily Mail; and that Theresa May, in fact, has ex-Mail employees working for her.

Theresa May’s policies have been unpopular [paywall], uncosted, and just plain awful. The Sun and The Daily Mail have covered for her inadequacies by smearing Corbyn. And basically, if they don’t want to be treated like rubbish, they shouldn’t be publishing garbage.