We really need to talk about government spying, because it's deeply worrying - The Canary 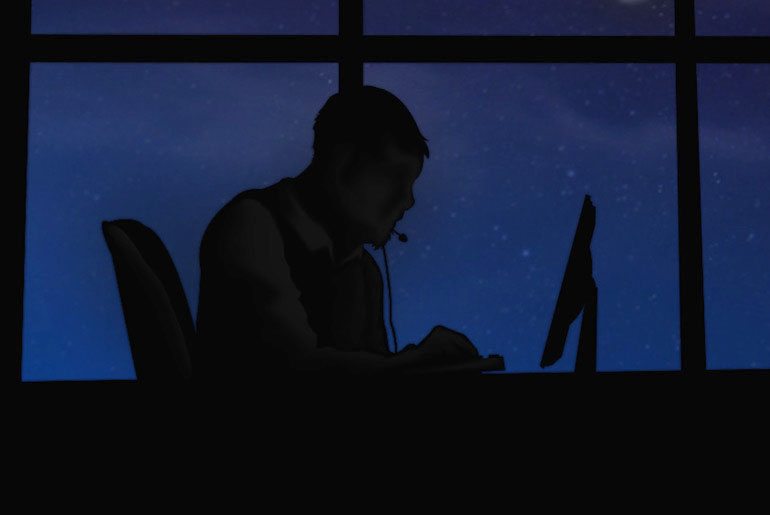 We really need to talk about government spying. And not just because Theresa May has helped to make Britain one of Earth’s most advanced surveillance states; but because recent scandals elsewhere in the world demonstrate just why such spying can be so dangerous to the well-being and freedom of ordinary citizens.

According to a recent investigation by press freedom organisation Article 19 and the University of Toronto’s Citizen Lab, the current Mexican government has apparently been spying not on criminals, but on the people responsible for uncovering the country’s biggest scandals related to crime, corruption and abuse of authority.

The creators of the spyware in question are Israel’s NSO Group. This organisation only sells the technology to governments. And according to The New York Times, it only does so in Mexico “with an explicit agreement that it be used only to battle terrorists or the drug cartels and criminal groups”. But given that the technology is reportedly only in government hands, the researchers who uncovered the spying on journalists, activists and anti-corruption groups believe the PRI government of President Enrique Peña Nieto sponsored this espionage.

The researchers say that, whenever unflattering news for the government came out, victims would receive SMS messages. After opening the links in these messages, malware would record keystrokes and compromise contact lists.

A statement from some of the alleged victims insisted that:

Espionage in Mexico has become an effective mechanism for intimidating human rights defenders, activists and journalists.

The government denied wrongdoing, however. A spokesperson for Peña Nieto, for example, said:

The government categorically denies that any of its members carries out surveillance or interference in communications of defenders of human rights, journalists, anti-corruption activists or any other person without prior judicial authorization

The misappropriation of state resources

The agents of the Mexican state, far from doing what they should be doing legally, have used our resources, our taxes, our money to commit serious crimes

She also slammed the fact that her 16-year-old son was a target of the spyware. She asked:

What was the Peña Nieto government going to do with information on a young student?

In 2014, Aristegui helped to break the ‘White House‘ scandal – a story about Peña Nieto’s wife buying a $7m mansion in Mexico City from a government contractor. The journalist was subsequently fired from her popular radio show. And she has been sued in an attempt to keep her damning exposé off the nation’s shelves.

As The Canary has previously reported, Mexico is currently the least equal and most corrupt member of the Organisation for Economic Co-operation and Development (OECD); one of the most difficult and dangerous places in the world to be a journalist; and is plagued by human rights violations (including the notorious Ayotzinapa case) and unpopular neoliberal policies.

Peña Nieto’s PRI, meanwhile, is at the centre of many of Mexico’s corruption scandals. In fact, it would almost be easier to count the number of PRI governors who aren’t involved in corruption investigations than the ones who are [Spanish]. The former PRI governor of Veracruz, Javier Duarte, is just one case. There are currently allegations [Spanish], for example, that Duarte – arrested on corruption and criminal charges in April after evading authorities for months – diverted hundreds of millions of pesos (around £56m) from the state to the PRI’s next candidate for governor. (The candidate in question has denied [Spanish] receiving these resources.)

Back in the UK

Over in Britain, the scandal may not be so obvious. But the Investigatory Powers Act, which received Royal Assent in November 2016, reportedly made Britain the most advanced surveillance state in the democratic world. It gave the government unrestricted access to everyone’s personal information and internet browsing history. And as one Amnesty International report [pdf p35] pointed out, the government had ignored most criticisms and recommendations made about the bill:

Despite the sweeping powers in the Investigatory Powers Act that threaten to violate the human rights of people inside and outside the UK, the bill was pushed through parliament by the government, which ignored criticism from parliamentary committees, the telecommunications industry and civil society…

The government and its agencies can now surveil almost everything citizens do online. And all without the need for a warrant or cause for suspicion.

Although the recent arrest of a former Panamanian president on spying charges suggests that abuse and misuse of political power doesn’t always have to go unpunished, the fact is that governments around the world are seeking ever greater powers to monitor their citizens. And when that includes the potential for spying on political opponents, activists, and even journalists, we should all be deeply worried.

– See more from The Canary on surveillance.