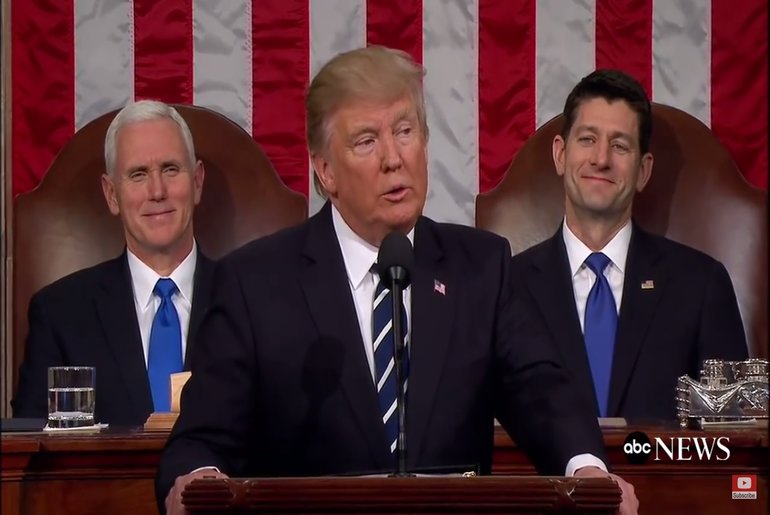 You usually don’t have to wait long for ‘tough on terror’ speeches from the likes of Donald Trump or Theresa May. In fact, May has even threatened to repeal human rights laws to fight terrorism (which wouldn’t help). But when it comes to arming terrorists and states accused of supporting them, both the US and UK are still apparently putting profits before promises.

In January 2017, a US bill sought to address the issue of weaponry falling into the hands of terrorists. The bill is literally called the Stop Arming Terrorists Act (H.R.608), or ‘SATA’. It states:

This bill prohibits the use of federal agency funds to provide covered assistance to: (1) Al Qaeda, Jabhat Fateh al-Sham, the Islamic State of Iraq and the Levant (ISIL), or any individual or group that is affiliated with, associated with, cooperating with, or adherents to such groups; or (2) the government of any country that the Office of the Director of National Intelligence (ODNI) determines has, within the most recent 12 months, provided covered assistance to such a group or individual.

Since its introduction nearly six months ago, the bill has managed to gain only 13 co-sponsors out of a possible 535. And eight of the 13 are Republicans, with just five Democrats supporting the bill thus far. That leaves a staggering 522 members of Congress who haven’t sponsored this bill.

SATA was introduced by Democrat Tulsi Gabbard and received additional support from Republican Rand Paul in March. The proposal put to the senate by Paul currently has zero co-sponsors.

When introducing the bill, Gabbard was critical of US foreign policy, stating:

For years, the U.S. government has been supporting armed militant groups. Working directly with and often under the command of terrorist groups like ISIS and al-Qaeda in their fight to overthrow the Syrian government.

Rather than spending trillions of dollars on regime change wars in the Middle East, we should be focused on defeating terrorist groups like ISIS and al-Qaeda. And using our resources to invest in rebuilding our communities here at home

So what’s the problem?

The big problem for SATA is which countries it might involve.

Over in Britain, trade negotiations will begin with the US next month. And although recent weeks have seen two high-profile intelligence leaks from the US, which resulted in criticism from Home Secretary Amber Rudd, the UK government is in no rush to criticise the US or its biggest arms customers. And in particular, Saudi Arabia.

Theresa May has constantly defended the UK’s affiliation with Saudi Arabia, with her government just recently approving £3.5bn worth of arms export licences. In fact, during the Saudi bombing campaign in Yemen, Britain has made 10 times more in arms sales to the Saudis than it’s given in aid to Yemen. Cabinet ministers, meanwhile, have reportedly accepted luxury hampers and gifts from the Saudi regime.

The problem for both the US and the UK is Saudi Arabia’s alleged connection with terrorism.

Reports from 2015 suggested that up to 60% of Syrian rebels were extremists, with over half of these sharing views with Daesh (Isis/Isil). There have also been long-term concerns regarding the ultra-conservative Wahhabi ideology being exported from Saudi Arabia, especially since the start of the Syrian civil war. Wikileaks cables show, for example, that even former US presidential candidate Hillary Clinton was aware that Saudi Arabia was providing “clandestine financial and logistic support” to Daesh and other extremist groups in Syria and Iraq as early as 2014; and that the US government privately admitted that “donors in Saudi Arabia constitute the most significant source of funding to Sunni terrorist groups worldwide”.

Judging by the close relationship between Saudi Arabia and Western leaders like Trump and May, however, it’s hard to see SATA having much success or support from establishment politicians.

The ‘war on terror’ rolls on

The so-called war on terror has added $2tn to the $19tn US debt alone. The UK has also seen the war on terror come at a huge financial cost. Now, the public find themselves in a paradoxical state. Politicians vow to fight terrorism, but they seem unwilling to stop arming one of the states which reportedly supports extremism the most.

The Justice Democrats have launched a petition in order to pressure more US politicians to consider supporting the SATA legislation. But unfortunately, it looks like a lot more pressure will be necessary if a real foreign policy shift is to take place in the US.