Theresa May tried to bury this bombshell while Britain was distracted by grief. Now it might blow up in her face - Canary 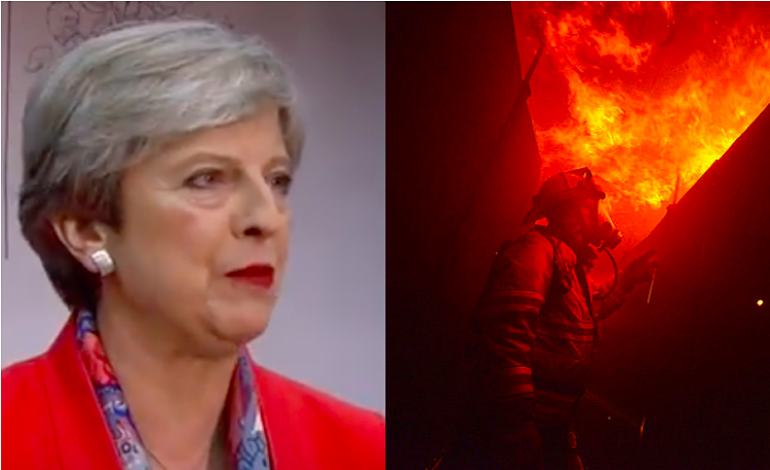 In recent weeks, a series of man-made tragedies have struck Britain. From terror attacks to the Grenfell Tower inferno. UK citizens have been grieving for the victims, and fighting to prevent future tragedies. Meanwhile, Theresa May was busy elsewhere – trying to seal a deal for the wholesale takeover of UK media by Rupert Murdoch.

Rupert Murdoch tried to take full control of Sky in 2011. But the phone hacking scandal and revelations from the Leveson inquiry forced the government to withdraw support. And the deal fell through.

Just a few years later, Murdoch is at it again. This time, 21st Century Fox is putting up £11.7bn to buy out the 61% of Sky that the Murdochs don’t already own. The deal would give Murdoch an unprecedented ownership of UK media. Labour MP David Winnick expressed serious concern about the near-monopoly this would create for Murdoch, saying “it would be simply unacceptable that the amount of media ownership he already controls should be increased”.

The Murdochs have expressed confidence that, this time, the deal will go though. So have industry insiders. They’re pleased this time that other events are keeping the deal well away from the front pages.

Culture Secretary Karen Bradley issued a press release without fanfare on Tuesday 20 June, announcing that a judgement will be made on the buyout in just a week’s time. Bradley will decide whether or not to refer the takeover to the Competition and Markets Authority (CMA) for a more in-depth ‘phase 2’ investigation.

We should care because the ownership of UK media is central to the issues of bias, smear and fake news that have blighted us for decades. The Media Reform Coalition published a report in 2015 entitled Who owns the UK media?. They found that just three corporations own 71% of national newspaper circulation.

The purpose of monopoly

These corporations use their media power to leverage government to serve their interests. As The Canary‘s James Wright wrote in September 2016:

Murdoch – owner of The Times, The Sun and Sky News in the UK – has backed every single election winner since 1979. This record has earned the press baron the title of ‘Kingmaker’.

Straight after being named Labour leader, Blair travelled halfway across the world to speak at an annual News Corp meeting. They ended up fostering such a close relationship that Murdoch named Blair as the godfather to one of his children.

Cameron is very much in debt to Rebekah Wade for helping him not quite win the election.

May acted no differently. She held a secret meeting with Rupert Murdoch in New York, the same month Murdoch announced his takeover bid for Sky. Since then, May has dutifully followed through on the deal. And unsurprisingly, Murdoch gave May the full backing of his fleet of news outlets.

Unfortunately for May and Murdoch, there was a new factor in this election that they hadn’t counted on. New media. And an array of new, progressive outlets put up a fight that the establishment hadn’t reckoned upon. This time, Murdoch’s support was only able to deliver May a hung parliament.

This deal is about the establishment trying to expand its control over the media, and prevent this happening again. Because if we can begin to break up these media monopolies, who knows what will be possible in future elections?

The behaviour of the Murdochs, the Barclay brothers, and our other media moguls have led us to a shameful status quo. The incestuous relationship between political and media power has dragged Britain to the humiliating rank of 40th in the 2017 Press Freedom Index. This puts the UK behind Costa Rica, Samoa, Surinam and Andorra. The Sky bid will make things worse rather than better. And everyone who cares about a free press should unite to shut this deal down.

– Write urgently to your MP to oppose the deal