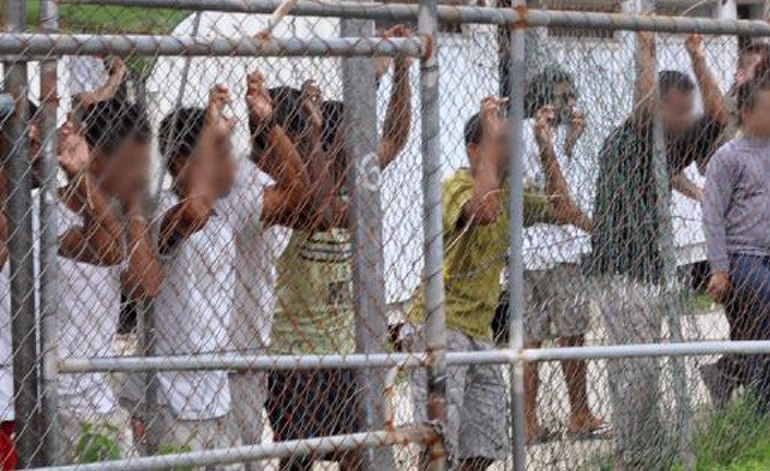 Hundreds of refugees and asylum seekers held in detention on Manus Island (Papua New Guinea) by the Australian government are in imminent danger. Canberra has closed down facilities, leaving the refugees to their own fate. And detainees are now under attack.

In April 2016, the Papua New Guinea (PNG) Supreme Court ruled that the detention centre on Manus was illegal and unconstitutional. Some months later, the PNG government forced Australia to agree to close the centre. But there are still more than 800 men detained there. And now, to avoid further attacks on those remaining, the UN may need to intervene.

Events began to unfold when the Australian government began an operation to close down the refugee detention facility on Manus. Consequently, some refugees have been left living in buildings without any power or running water.

Immigration just treatened people in Foxtrot compound to cut power and water to force them to leave the detention. Pressure is increasing

Over the following weekend, three refugees were attacked – two with machetes. One was a 27-year-old Sudanese refugee, who had his leg cut; another was an Iranian asylum seeker, who had his wrist badly cut:

Three refugees were attacked by local people in Manus since last night. Their wrist and leg were injured. Australia is responsible pic.twitter.com/VaJFbIUXP0

But instead of relocating the refugees, the authorities are leaving them where they are.

On 31 July, the water supply was cut off from the main Foxtrot compound. Next came reports that the PNG police were planning to attack the refugee centre.

Several refugees were previously assaulted in the nearest town to the detention centre, including two men who were attacked by a gang wielding an iron bar.

And on Good Friday 2017, after a dispute about the use of a football pitch near the detention centre, a mob of PNG naval personnel ran riot. They shot at refugees and staff hiding inside accommodation blocks.

Behrouz Boochani, an Iranian journalist who the Australian government has held on Manus for the last four years, said:

The [Australian] government is deliberately making conditions worse to pressure us into Lorengau [the nearest town to the detention centre]. They are doing things like cutting off the water and threatening us that we have to accept to live in PNG or go back to our home countries.

We are seeing a chain of attacks against refugees. The local police can’t protect us. We are being forced to live in constant fear.

Only recently, the UN essentially accused the Australian government of deception regarding a deal to relocate the refugees.

Canberra wants the refugees to either return to their home countries or settle in PNG. Nether option is viable. Many of the refugees would face imprisonment or worse if they returned home. And PNG locals have already made it clear to the refugees that they are not welcome.

An evacuation of the refugees (as well as those refugees on Nauru) via an airlift may now be the best course of action. But if the Australian government won’t organise that, then the UN may need to intervene.

– Contact the UNHCR to ask for their immediate intervention.