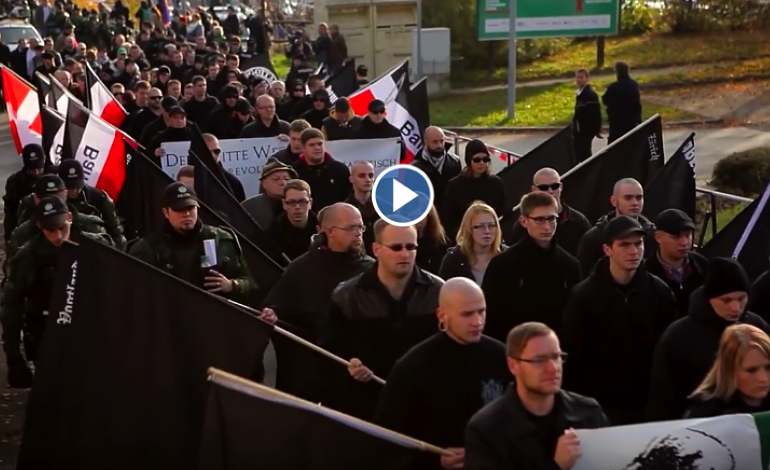 A German town found the most epic way to handle its neo-Nazi visitors, which gained renewed exposure after a tweet recalling the story went viral.

After the events in Charlottesville on 12 August, people spoke out to condemn the day’s violence. The far-right protest involving neo-Nazis resulted in one woman being killed and around 20 people injured. But neo-Nazism isn’t an American problem alone, it’s a European issue too.

That’s why author Cleve Jones provided a pithy anecdote of when neo-Nazi demonstrators visited a German town, which he posted in a tweet:

Each year neo-Nazi groups hold a memorial march in the town of Wunsiedel for Rudolf Hess, a well-known Nazi leader who was originally buried there.

While the local residents opposed the march, their previous attempts to shut it down had not worked. So in 2014 activists from Rechts gegen Rechts (Right against Right) decided to pull a prank on the marchers. They turned the march into a charity walkathon for an anti-extremism charity. And for every metre the neo-Nazis walked, local residents and businesses donated €10. In total they raised €10,000 for the opt-out initiative ‘EXIT Deutschland‘:

For the first time in history neo-Nazis are marching against themselves.

To mock the marchers even more, activists hung up posters to remind them what they were “marching for… or rather against”. And markings on the road told them how much money they had raised at various points. The activists even gave out bananas to help the marchers keep their strength up until they reached the end of the march, which is when they found out about the prank.

Jones’ tweet has now gone viral because, unfortunately, the story is still relevant. And it prompted others to share more ideas on how to tackle future far-right marches. These included trolling far-right marchers by playing the tuba. Or throwing glitter on them. The idea is to ridicule them to highlight the ridiculousness of their ideas.

It is unfortunate that Nazi commemoration is still a present day phenomenon. But instead of losing hope we can take inspiration from the town of Wunsiedel until the fascist right finally becomes irrelevant.

Watch how the march unravelled here:

– Read more Canary articles on the far right and extremism.