For this Irish family, a four-year nightmare just ended. But hundreds more people are still suffering. - The Canary 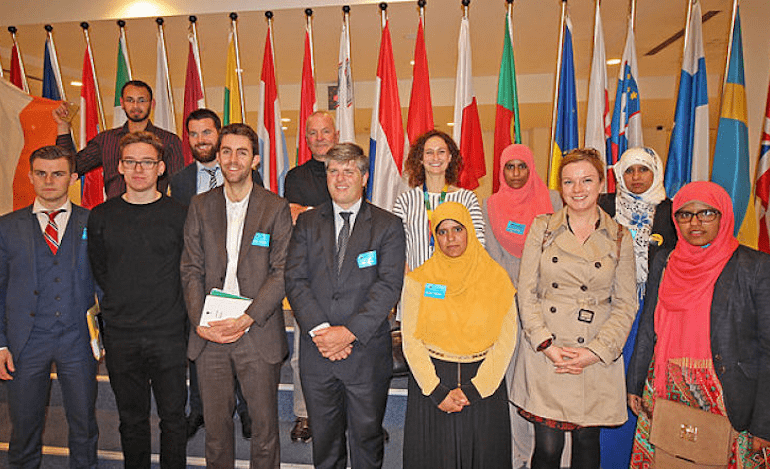 One Irish family’s horrific ordeal is now coming to an end. Because Egypt is finally releasing an Irish citizen after detaining him for four years. But while the release is a victory for this family, hundreds remain in prison under a dictator supported by Europe and the UK.

News of 21-year-old Ibrahim Halawa’s release came in the early hours of 20 October:

Delighted 2 confirm Ibrahim Halawa has been released, being supported by family+Embassy. Some formalities still required before flying home

Halawa was arrested in 2013 following a mass protest against the ousting of Egypt’s then-president Mohamed Morsi through a military coup that saw Abdel Fattah al-Sisi come to power. Halawa was 17 years old at the time.

The release of Ibrahim Halawa will come as a great relief to his family. It will be welcomed by all those who were concerned for him in his long ordeal of imprisonment. I wish Ibrahim Halawa well on his journey home.

And supporters from the Free Ibrahim Halawa Facebook page have said:

We can’t thank enough all those who worked so hard for Ibrahim’s release, we owe you all so much.

Human rights group Amnesty International has always maintained Halawa’s innocence. Halawa was arrested along with three of his sisters who all attended the protest while on a family holiday to Egypt. When it turned violent, they reportedly took refuge in a nearby mosque. But security forces found them and arrested them. Halawa’s sisters received bail while he stayed in prison.

During his detention, police reportedly mistreated Halawa, and prison officers led him to believe he could face execution. He was denied access to his lawyers and was prosecuted with 493 other defendants for allegedly causing deaths and criminal damage in a deeply flawed mass trial.

Halawa’s return comes after an active campaign for his release.

Lynn Boylan, a Dublin MEP who campaigned for Halawa’s release, said after news of his acquittal in September:

We’ve always argued that the Irish government took far too soft an approach in dealing with this case.

Halawa is one of over 50 people acquitted of the charges, including three of Halawa’s sisters. But hundreds more received sentences, including 43 life sentences, that arose from what Amnesty International called “sham” proceedings.

Propping up a despot

As well as this unlawful mass trial, Egypt under al-Sisi has been under fire for its crackdown on civil society and dissent. This includes the arbitrary detention of human rights defender Hisham Gaafar; as well as the passing of a new law in Egypt that Human Rights Watch said will ‘cripple’ civil society.

Amnesty International also previously called out European countries including the UK for not keeping to its obligations under the Arms Trade Treaty, saying:

many States Parties including France, the UK and Italy have supplied Egypt with a range of conventional weapons that could be used for internal repression including light arms and ammunition, despite the Egyptian government’s violent crackdown on dissent which has resulted in thousands of protesters being killed, tortured and injured.

Halawa’s release took four years to secure. And there are many others just like him under threat from Egypt’s regime. European countries like the UK and Ireland should send a clear message: that it’s not acceptable for companies to make millions out of the violence that Egypt wages.