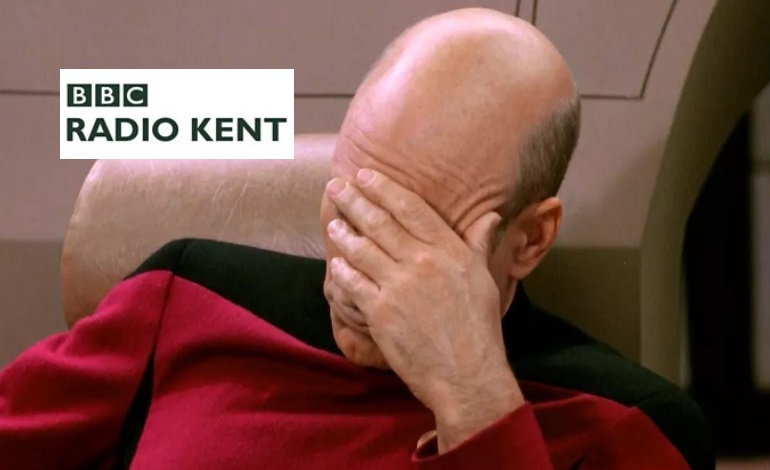 A verified BBC Twitter account has been running numerous opinion polls to tie in with its programmes. But far from being the bog standard ‘which party would you vote for?’ type of survey, BBC Radio Kent has instead been asking some seriously dubious questions. And one about “gay conversion therapy” was the tip of the iceberg.

Your eyes do not deceive you

On Friday 20 October, BBC Radio Kent ran a poll relating to a phone-in it had that morning. It has since deleted the tweet, but the poll asked:

Should gay conversion therapy be banned? 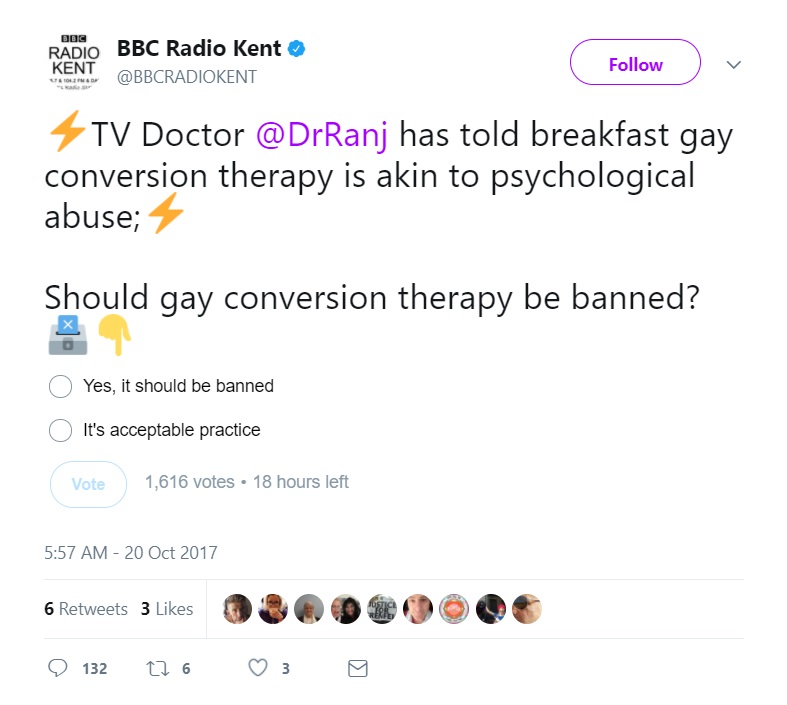 Any form of treatment or psychotherapy which aims to reduce or stop same-sex attraction or to suppress a person’s gender identity.

In the UK, all major counselling and psychotherapy bodies, as well as the NHS, have concluded that conversion therapy is dangerous and have condemned it by signing a Memorandum of Understanding.

This government does not recognise so-called ‘gay conversion therapy’ as a legitimate treatment. A person’s sexual orientation is not an illness to be cured…

So even though both professional and political bodies say conversion therapy is a false pseudo-science, BBC Radio Kent still thought it was an opinion worth surveying its followers about. But Twitter users weren’t impressed:

Even the Church of England want this banned. Why is there even still a debate on this? https://t.co/KHRasU1K0r

But this is not the first controversial opinion poll BBC Radio Kent has run.

No, it really did do this

On 18 October, as Harvey Weinstein kept making the headlines, BBC Radio Kent thought this poll would be useful: 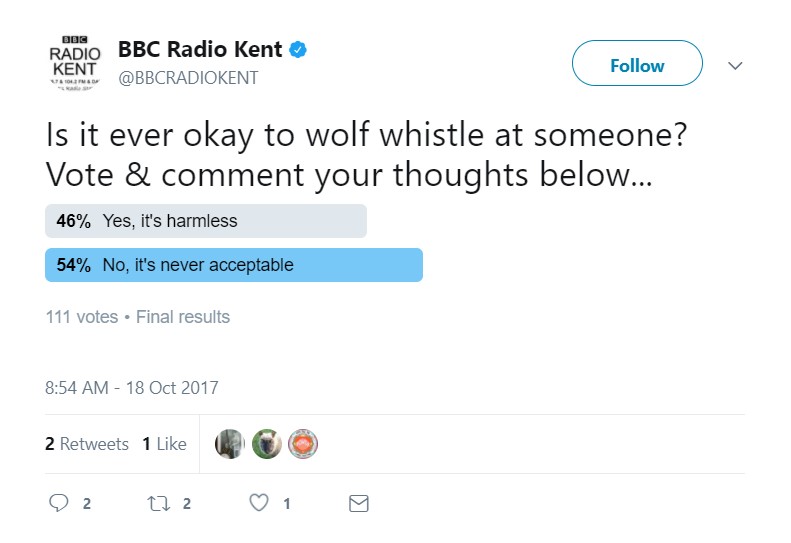 And, according to the station, this is still very much open for debate: 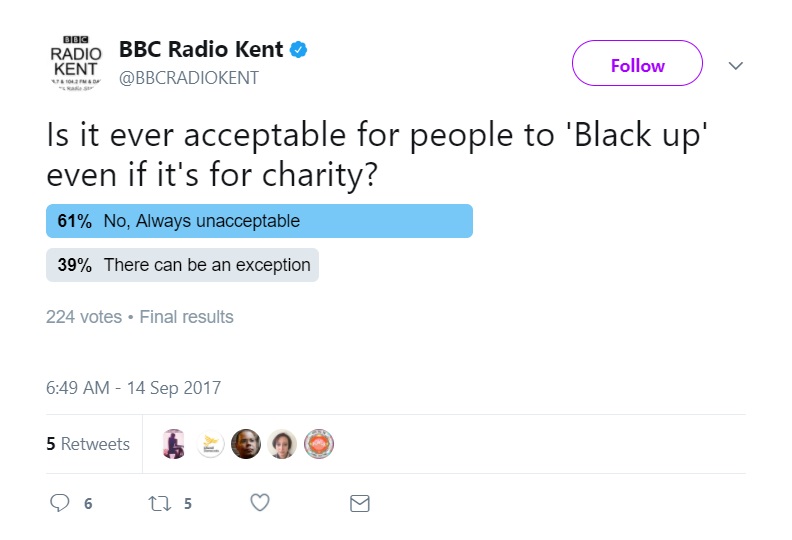 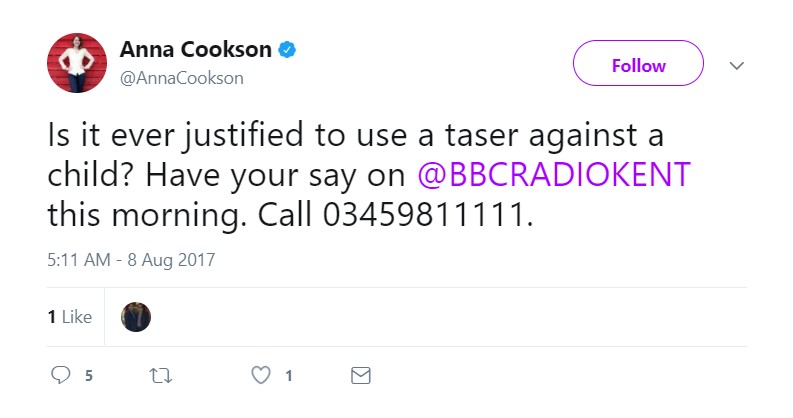 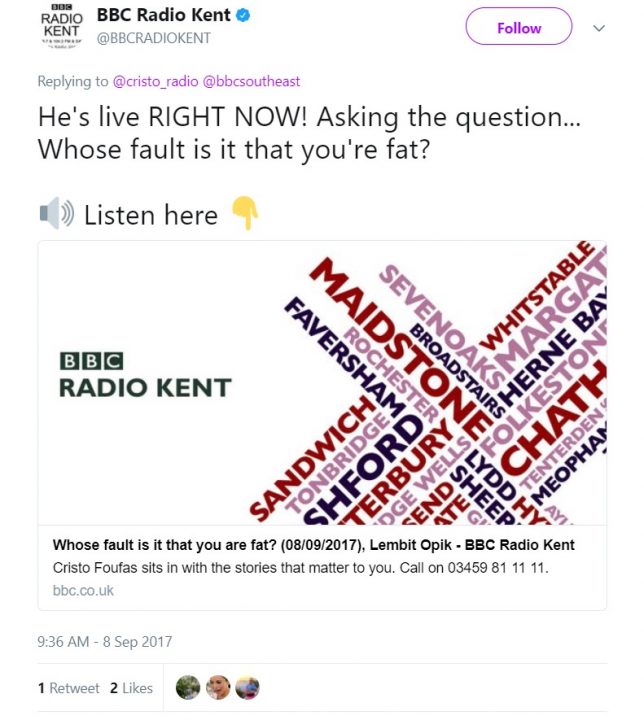 The discussion on Radio Kent’s Breakfast show was prompted by the PM’s recent condemnation of the controversial practice which is growing in the UK. We were asking our listeners whether it should actually be made illegal. But we accept that the poll was not the most appropriate way of dealing with this sensitive issue.

The previous polls were also closely linked to on-air topical discussions that prompted a lot of interest from listeners which we then extended to social media.

These polls reflected topics of discussion on particular BBC Radio Kent shows and should not be taken in isolation.

We pay for this

Free speech is a right everyone should enjoy, whether you have opinions that are to the right or to the left of politics. It was writer Evelyn Beatrice Hall who said:

But when ‘opinions’ are damaging, including to licence-fee payers, then it becomes a question of why the public is paying for them to be aired. We would not tolerate politicians debating discredited views. So why should we do so from our public service broadcaster? This is surely not what we pay our licence fee for.