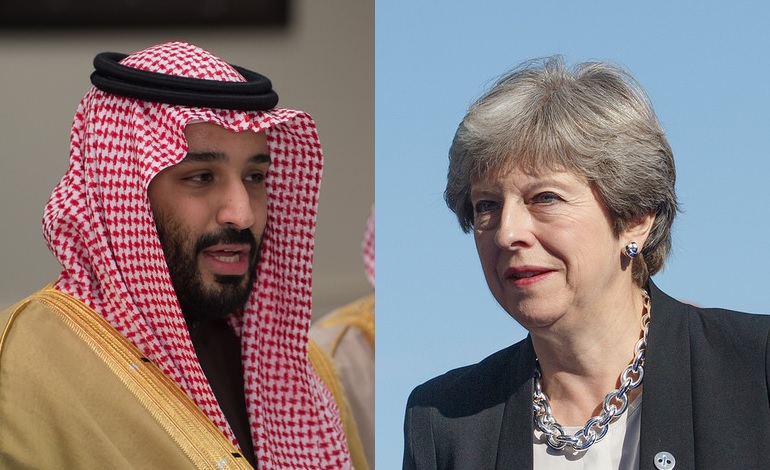 Saudi Arabia and 56 other nations essentially gave Theresa May an ultimatum on 12 December. And it’ll be impossible for the Prime Minister to address it without going against one of the UK’s major allies.

East Jerusalem is the capital of Palestine

Saudi Arabia is one of the 57 nations that make up the Organisation of Islamic Cooperation (OIC). And on 13 December, the OIC met in Turkey. At that summit, it declared East Jerusalem as the capital of Palestine.

The move comes after US President Donald Trump made his own declaration on 6 December. He announced that the US would recognise all of Jerusalem as Israel’s capital. He also said that his country would relocate its embassy to the city. But the OIC challenged Trump’s decision, saying:

[We] consider that this dangerous declaration, which aims to change the legal status of the [city], is null and void and lacks any legitimacy…

The group also called on other nations to follow suit and “recognise the State of Palestine and East Jerusalem as its occupied capital”. Currently, however, the UK has done neither of those things. In fact, MPs recently gave May’s government the chance to recognise Palestine as a state. But it refused. That pits the UK against all 57 Muslim nations in the OIC. Many of these countries are important UK allies, including Saudi Arabia.

Media outlets have highlighted, however, that Saudi Arabia only sent a foreign ministry official to the summit, rather than its head of state. And Al Jazeera‘s Hoda Abdel-Hamid reported that many Palestinians believe Trump’s Jerusalem decision “couldn’t have happened without the green light of Saudi Arabia”. If so, Saudi Arabia is pitting itself against the OIC. That’s not a desirable position as it continues its long battle with Iran for influence in the Middle East.

Palestine is the issue

In short, whatever ‘side’ the UK takes on Jerusalem, it now has to go against one or more of its allies. The same is true for a number of other countries. And these disagreements with allied states could potentially put some of the UK’s controversial arms sales, trade deals and financial transactions at risk.

In a speech, Nelson Mandela once said [paywall]:

We know too well that our freedom is incomplete without the freedom of the Palestinians.

Mandela essentially meant that none of us truly have social justice until the Palestinians have it too. That’s the “freedom” he spoke of. But our leaders’ freedom to maintain relationships with each other and do whatever deals and business they so choose is also incomplete without freedom for the Palestinians.

And this significant divide on Jerusalem has now made that abundantly clear.