On the anniversary of Bloody Sunday, the British still control the narrative and the Irish police - Canary 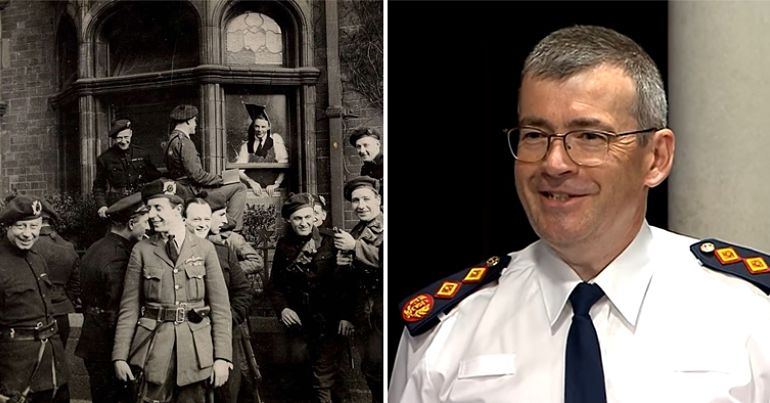 As The Canary previously reported, MI5 was also involved in the operation that led to the arrest of alleged members of the so-called New IRA in August this year. ‘Operation Arbacia’ was conducted by Irish police forces and MI5 on both sides of the border in Ireland. MI5 operating on Irish territory didn’t raise even as much as an eyebrow in Ireland.

With continued British involvement in Ireland and a narrative seeking to airbrush Britain’s terrorist past, you could be forgiven for thinking little has changed one century on.

Ireland remembers the 21 November 1920 as Bloody Sunday in Dublin. This shouldn’t be confused with Bloody Sunday in Derry where the British army killed 14 civil rights protesters on 30 January 1972. Those innocent civilians had been protesting the British government’s use of internment without trial in the north of Ireland.

Bloody Sunday in 1920 occurred during the Irish war of independence. On that day, British forces indiscriminately gunned down another 14 innocent people. This time it was at a football match in Croke Park stadium on the northside of Dublin city – a blatant act of terrorism.

Later that same day British authorities “brutalised and killed” two Dublin IRA leaders in Dublin castle. The IRA was also active that day. It assassinated 14 suspected members of British intelligence in Ireland. All of these acts were acts of war.

Croke Park’s website today advertises a series of events to remember Bloody Sunday. One such event is called Remember and Reconcile. This event claims to focus on “sport and the role it can place in the peace and reconciliation process”. But its website also says the attack on its stadium was:

an act of deadly retribution for the earlier assassinations of British intelligence agents by Michael Collins’ [IRA head of intelligence] Squad.

Let’s be clear. It is difficult, if not impossible, to reconcile with a past that is not honest. It may well be true that the British attacked Croke Park in retaliation for Collins dealing such a severe blow to its intelligence service. But there was a war in progress, in case people forget. War against imperialism and for freedom. And war is ugly.

The use of the word “retribution” inadvertently attempts to blame Collins and Irish revolutionaries for this massacre. But the blame lies squarely with British imperialism.

Collins’ mission that day was to deal a blow against British imperialism and for Irish freedom. This was a success. The British on the other hand attempted to terrorise the Irish public. They failed.

The Canary contacted Croke Park for a response but it did not respond by the time of publication.

The queen visited the site of the massacre in May 2011. It was hailed as a day of great reconciliation by Ireland. There was also a lot of nervousness in Ireland about her visit as it was opposed by a great number of people. Dublin experienced a security lockdown. And as head of the British armed forces, she bears nominal responsibility for Bloody Sunday.

Some wondered if she would apologise for Bloody Sunday. But they were to be disappointed. Because her words fell far short of an apology for Croke Park or the many other crimes Britain committed in Ireland. She meekly said:

It is a sad and regrettable reality that through history our islands have experienced more than their fair share of heartache, turbulence and loss … with the benefit of historical hindsight we can all see things which we wish had been done differently, or not at all.

In September 2018, Drew Harris became the new garda (southern Irish police) commissioner. Harris is a former member of the Royal Ulster Constabulary (RUC) and deputy of the Police Service of Northern Ireland (PSNI). The RUC was renamed the PSNI in November 2001. His appointment followed the retirement, under a cloud, of two previous garda commissioners.

But just as those two retirements were marred by controversy, so too was Harris’s appointment. His appointment was challenged in the courts by the grandchild of a victim of a British loyalist bomb in Belfast in December 1971. As The Canary reported, the families of the victims of that bomb are still seeking the truth. And they believe their quest for the truth has been hampered by the PSNI and Harris.

Other justice campaigners have also accused Harris of suppressing information about other alleged acts of collusion between British security forces and loyalists paramilitaries.

The Sunday Independent reported that in conjunction with An Garda Síochána (the Gardaí – southern Irish police force) MI5:

When The Canary contacted the Gardaí, it seemed to have little to say:

An Garda Síochána does not comment on matters of national or international security.

An Garda Síochána works closely with the PSNI and security agencies to keep people safe on both sides of the Border by disrupting and dismantling terrorist organisations.

And The Canary received a similar response when it contacted the Irish Department of Justice (DoJ) for comment. On its website the department claims it:

works to advance community and national security, promote justice and equality and safeguard human rights, to achieve our vision of a safe, fair and inclusive Ireland.

However, it told The Canary:

The Department does not comment on matters relating to the security of the State.

The Canary also contacted the Irish Department of Foreign Affairs (DFA), but it didn’t respond by the time of publication.

This is about real healing

The problem with modern day Ireland, and its relationship with this imperialist past, is that it appears unwilling to properly speak about it. Any such discussion of Britain’s criminal past is deemed ‘Brit bashing’. However, it’s anything but. This is about a genuine quest for healing and reconciliation with our neighbours.

And there can be no such thing in the absence of a full acknowledgement of the crimes it committed. It also needs honesty about those who collaborated in such crimes and a complete withdrawal of British interference in that discussion. We have some work to do.