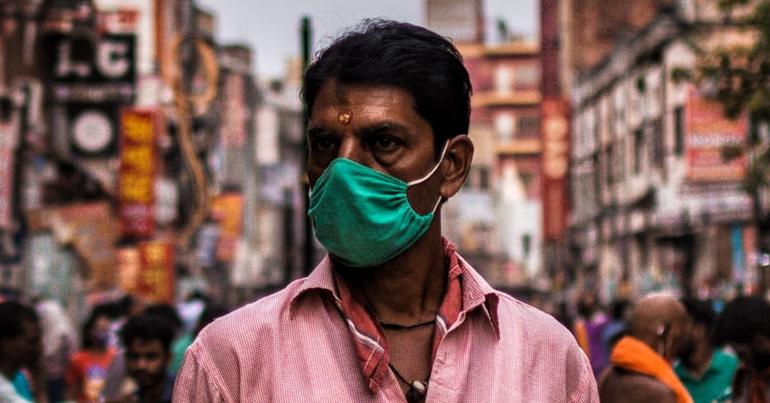 Many medical chiefs, opposition leaders, and some supreme court judges have suggested the lockdown seems to be the only option. Hospitals are being forced to turn patients away while relatives scramble to find oxygen.

Crematoriums and burial grounds are also struggling to handle the dead.

On Friday, India recorded a new record of 414,188 confirmed cases in the past 24 hours.

Its tally has risen to more than 21.4 million since the pandemic began with faint hopes of the curve going down quickly.

The health ministry also reported 3,915 additional deaths, bringing the overall total to 234,083. Experts believe both figures are an undercount.

The official daily death count has stayed at more than 3,000 for the past 10 days.

Over the past month, nearly a dozen out of India’s 28 federal states have announced less stringent restrictions than the nationwide lockdown imposed for two months in March last year.

Modi has so far left the responsibility for fighting the virus to poorly equipped state governments.

Srinath Reddy, president of the Public Health Foundation of India, a public-private consultancy, acknowledged that different states were experiencing different intensities of the epidemic, but said a “coordinated countrywide strategy” was still needed.

According to Reddy, decisions need to be based on local conditions. However, Reddy said these should be closely coordinated by the centre, “like an orchestra which plays the same sheet music but with different instruments”.

Anthony Fauci, US president Joe Biden’s chief medical adviser, also suggested that a complete shutdown in India may be needed to help ease the surge of infections.

As soon as the cases start coming down, you can vaccinate more people and get ahead of the trajectory of the outbreak of the pandemic

He said it appears there are at least two types of virus variants circulating in India. He said B117, which is the UK variant, tends to be concentrated in New Delhi. The 617 variant, meanwhile, is concentrated in the worst-hit western Maharashtra state according to Fauci:

Both of those have increasing capability of transmitting better and more efficiently than the original Wuhan strain a year ago.

I just want to make it clear that a lockdown is now the only option because of a complete lack of strategy by GOI.

They allowed, rather, they actively helped the virus reach this stage where there’s no other way to stop it.

A crime has been committed against India.