For Starmer fans, Hartlepool is everybody's fault but their own - Canary 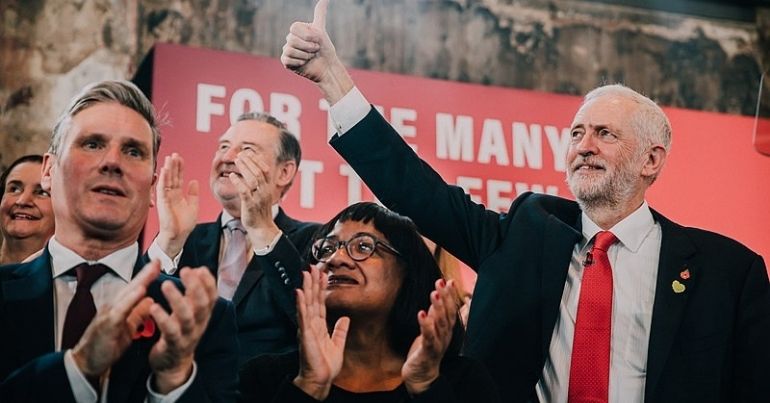 The Labour Party has lost Hartlepool to the Tories in a by-election landslide. You might expect a failure of this scale to start a round of soul-searching. Nope. Keir Starmer’s backers are blaming everybody but themselves for this latest disaster.

Blairite Wes Streeting was one of the first to wade in, projecting blame on to the previous leadership in what has quickly become a pattern of buck-passing.

I’m so sorry for @PaulWilliamsLAB and the brilliant team who’ve been slogging their guts out in Hartlepool in recent weeks.

Our leadership has changed for the better, but the voters aren’t convinced that Labour has too. This is a huge and urgent task. Keir gets it. So must we.

Other prominent centrists like James “How to be Right” O’Brien also chipped in, again trying desperately to push blame on to people who haven’t been near power for over a year:

The fact that many people on the ‘left’ seem to be celebrating the Hartlepool result as enthusiastically as the Tories is another major problem that Starmer didn’t cause but somehow has to fix.

Former Labour MP and deputy leader Tom Watson got his excuses in early, telling Peston days before the vote how hard it was to come back from the 2019 knockout blow he himself helped deliver.

"It takes time when you’re in opposition, when you’ve had a knockout blow like we had in 2019. You can’t do it in a year.” @tom_watson tells @Peston that Labour leader Keir Starmer just hasn’t yet had the luxury to build out of 2019 and lay down alternatives.#Peston pic.twitter.com/Zve78t9mA6

Former Labour MP Mike Gapes was up early to see the results come in and rehash a bad taste joke comparing Corbynism to a pandemic which has killed millions of people. Classy as ever, Mike.

It will take years for Labour to overcome the toxic impact of Long Corbyn. https://t.co/GPHyYZY5zk

For his part, former Labour MP turned Tory-appointed peer John Mann was running a masterclass in blame-shifting before 9am.

Labour Party continues to say : we are sorry we lost. But it is not the voters who deserted Labour, it is Labour who deserted the voters. ( that’s how many voters and ex voters see it)

But the truth is that blaming the left, many of whom have been purged from Labour, just won’t hold water anymore. Even establishment figures like Peston are questioning how much success the Labour right will have pinning their loss on Corbyn.

The crisis for Starmer's Labour in a nutshell. They could blame the 2019 landslide defeat on Brexit and Corbyn. But Corbyn is gone and Brexit is "done". Yet the rot – shown by Hartlepool and local elections (so far) – has got worse. Voters' values and Labour's have diverged

Corbynism is long gone. Brexit is done and dusted. It’s time for the Labour leadership and their outriders in the press to own the Hartlepool defeat. Enjoy, Keith!