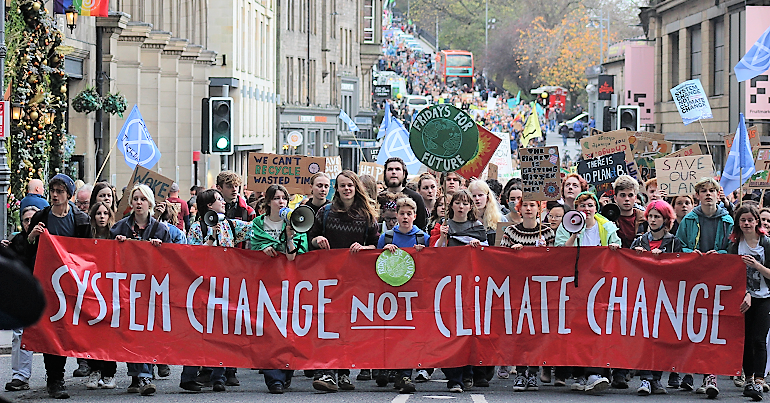 Several thousand people marched through Edinburgh on Saturday 12 November. This was part of the Global Day of Action for climate justice during COP27 in Egypt. The international event was originally organised by a collective of groups from the Global South, and saw demonstrations all over the world.

The coalition also said it wants:

Stop false solutions – Africa and other developing countries are fast becoming the dumping grounds for false solutions, many of which are driven by corporations who see the climate crisis as a way of profiteering, and which have devastating consequences for frontline communities and must be stopped.

So, the COP27 Coalition called its Global Day of Action for 12 November. It said it wanted to:

mobilise millions of people under a call for climate justice and bring movements together to build real power for systems change.

On 12 November, events took place around the world. In Edinburgh, various groups came together for a protest: 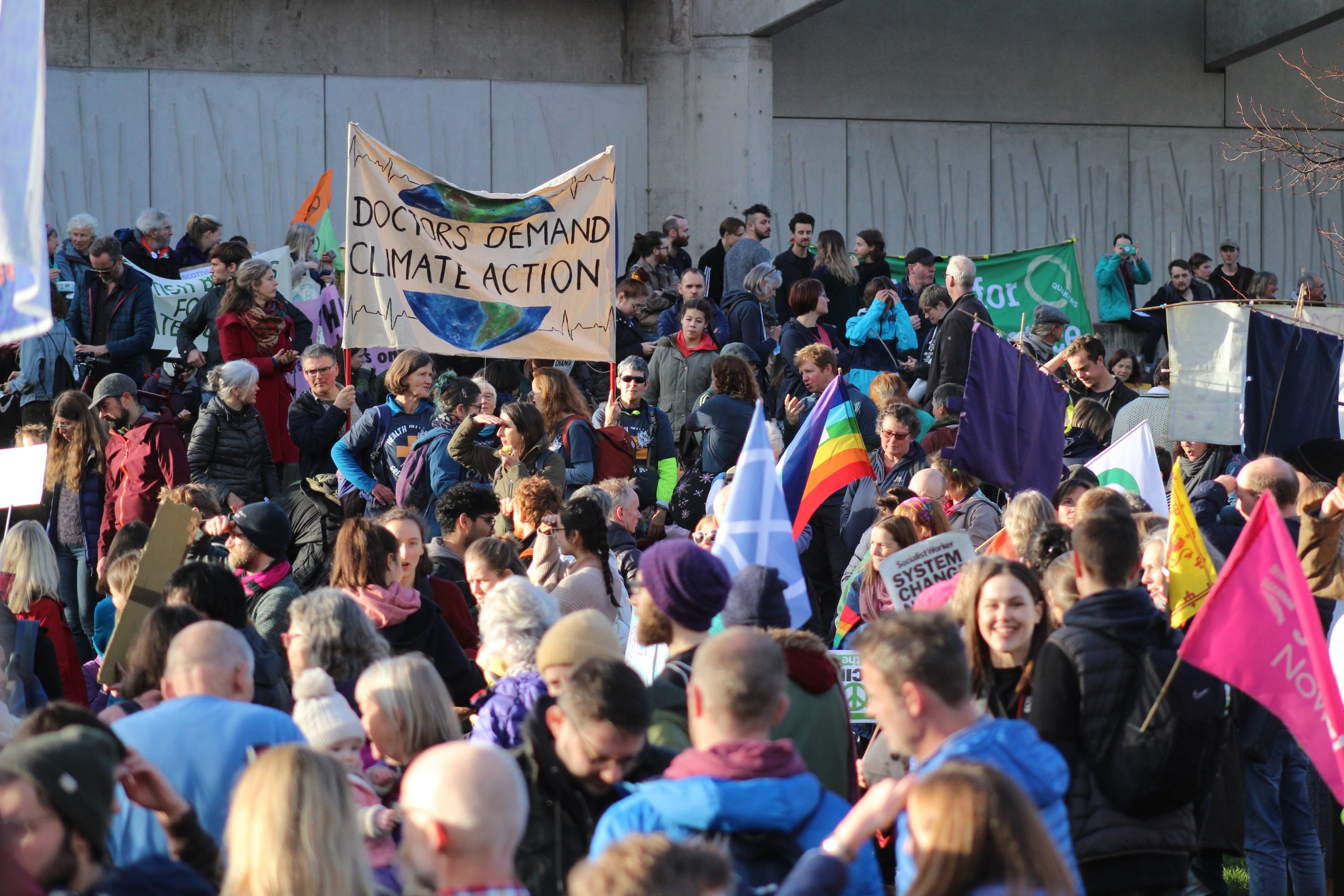 The march was organised by the Edinburgh Climate, and Climate Justice coalitions, Stop Climate Chaos Scotland, Friends of the Earth Scotland, Global Justice Now, Extinction Rebellion Scotland, Tipping Point and others. The groups were demanding action on:

warmer homes, better public transport and a speedy transition away from oil and gas

The groups said this transition “will help address the cost of living crisis as well as cut climate pollution”. The route through Scotland’s capital took protesters past different stops. They highlighted the banks, polluters and governments who are driving climate breakdown: 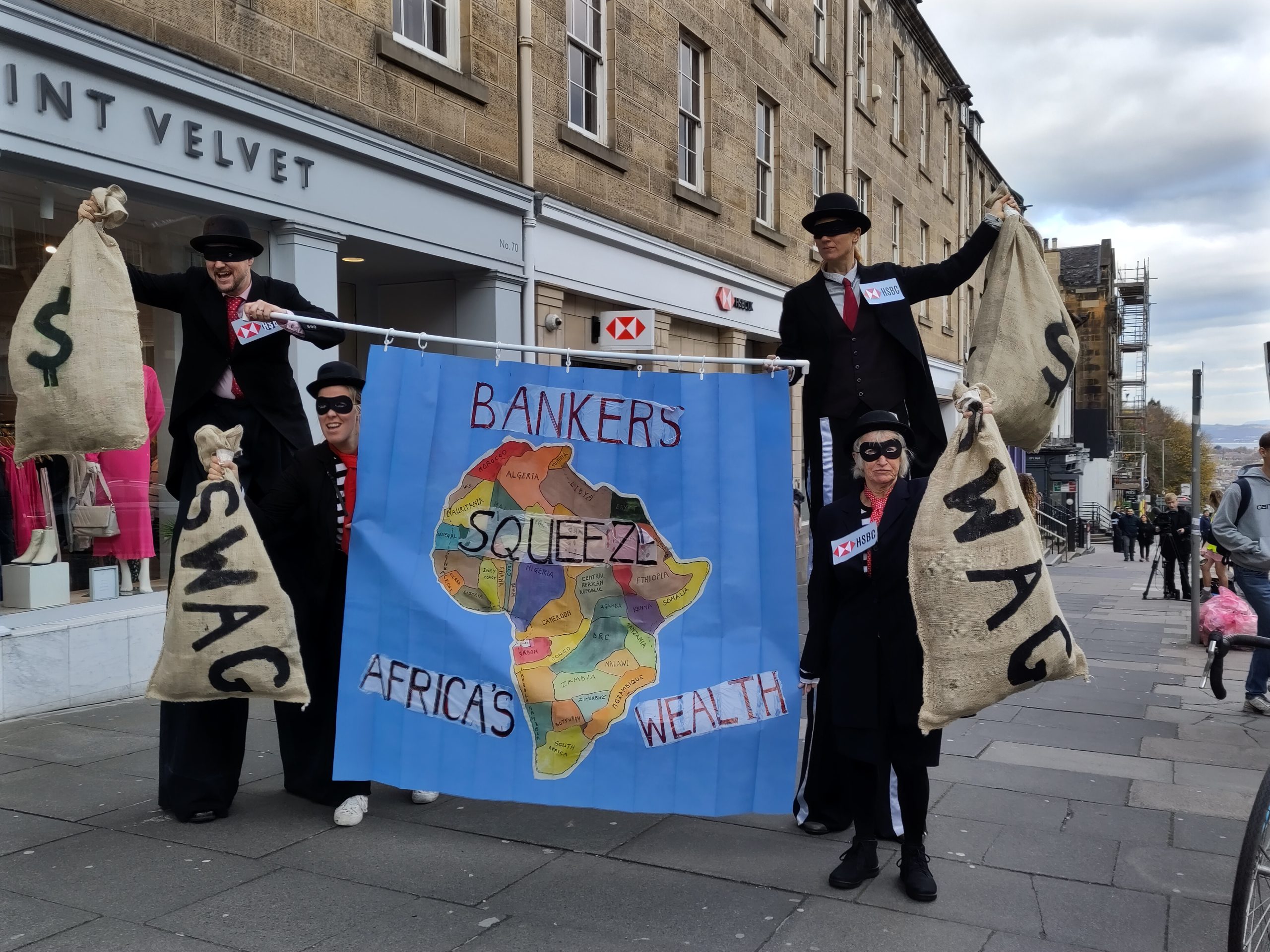 The event also drew attention to the importance of upholding human rights in the response to the climate crisis: 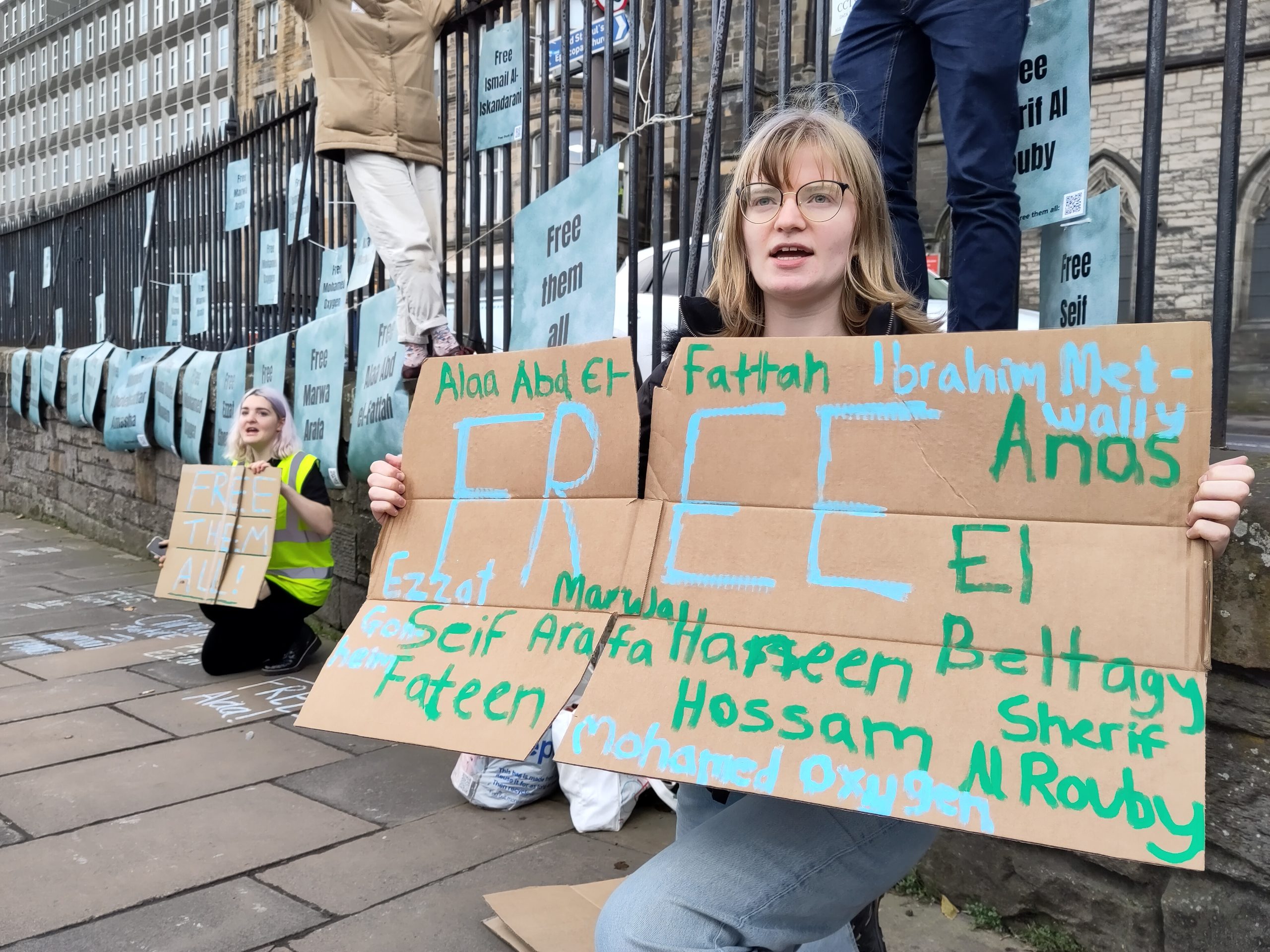 The march was one of over 40 events across the UK and Ireland, highlighting the numerous impacts the climate crisis is having: 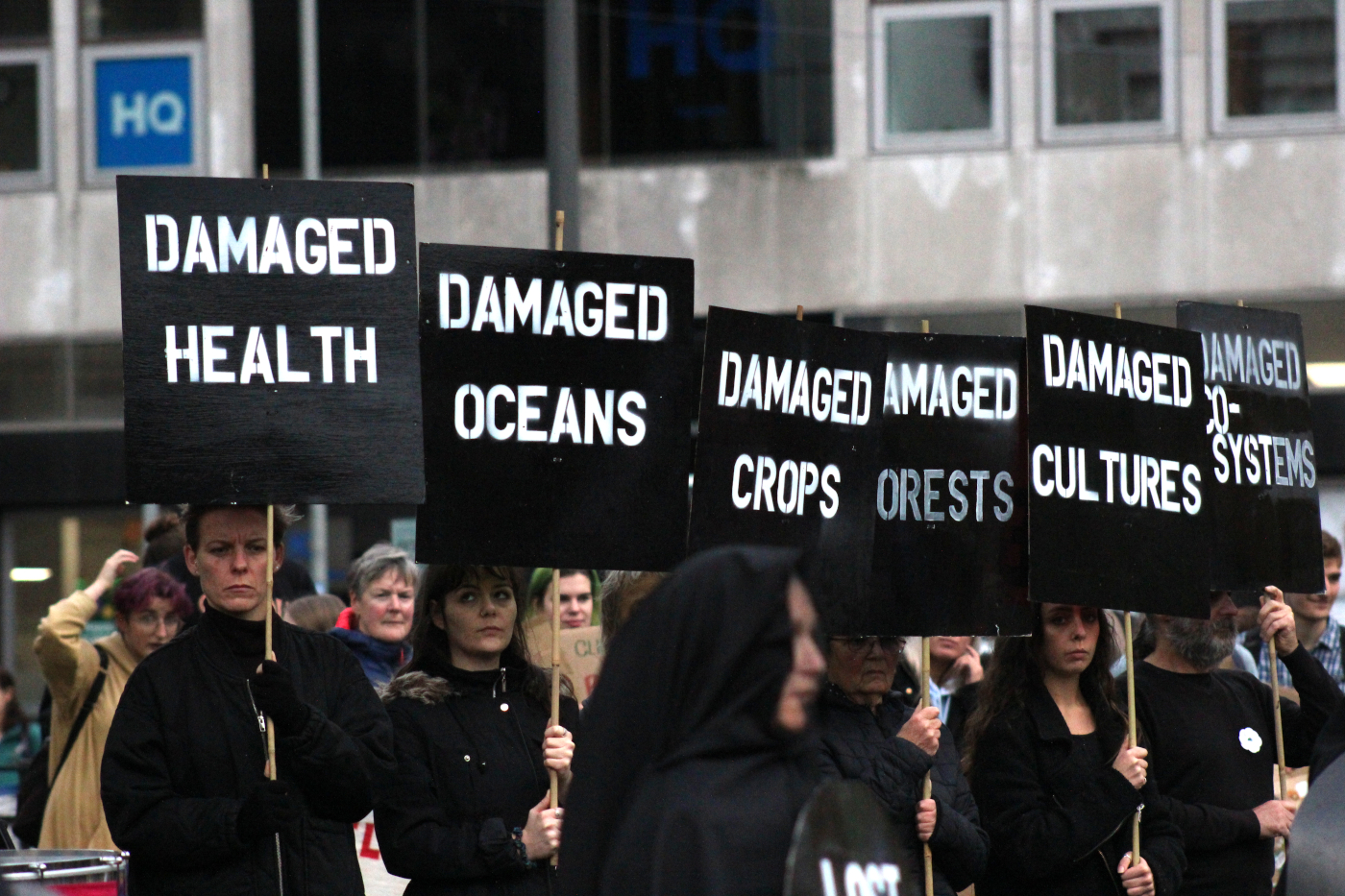 Mary Church, head of campaigns for Friends of the Earth Scotland, said in a press release:

As world leaders gather once again to negotiate the future of humanity, thousands of people are marching to demand solutions to the climate crisis that put people and the planet first.

The solutions to climate change are within grasp and only require the political will to deliver them urgently. Governments need to stop prioritising the demands of big polluters and start listening to the people instead. Putting an end date on oil and gas well within the decade, with a just transition to reliable, affordable renewables will help tackle the cost of living crisis as well as slashing emissions.

There can be no climate justice without human rights, yet governments around the world including here in the UK are clamping down on civic space. We stand in solidarity with those already experiencing the impacts of climate breakdown and with the people of Egypt who are being denied their human rights by a brutal regime. We support the call of the Egyptian human rights movement for the release of all those who are being unjustly detained including British citizen and human rights defender Alaa Abd El Fattah who is on hunger strike in prison.

So, as COP27 continues in Egypt, it’s clear that the mobilisation against government and corporate inaction – even regression – in the face of the climate catastrophe is as strong as ever. Now, the movement must broaden out and reach more people, so as to become truly global and inclusive.