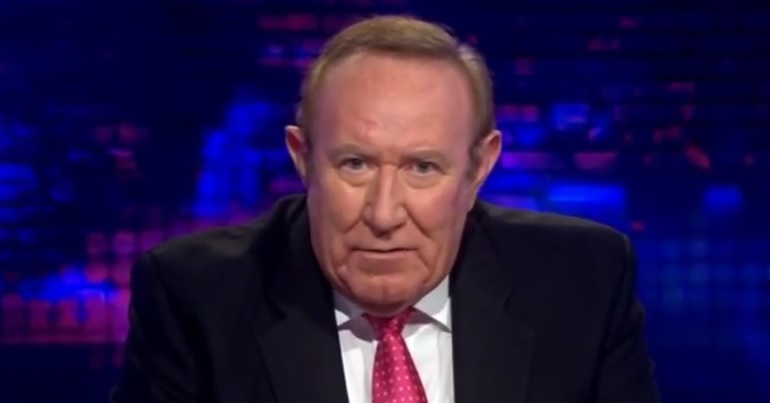 The BBC‘s This Week programme on 17 May featured a discussion about Israel’s violence against Palestinians. Alongside its regular participants, the BBC invited on the Mail on Sunday‘s Dan Hodges to “assess” tensions in the region.

But viewers didn’t get anything near a balanced analysis of the situation.

Israel killed at least 61 Palestinians during protests near Israel’s apartheid wall on 14 May. It also injured at least 2,400 people, including more than 1,300 with live ammunition.

This Week‘s segment on the atrocity began with Hodges giving his “take of the week”. He began by explaining:

Thousands of miles away from the frontline, it’s very easy to form assumptions and make accusations.

A popular narrative, one often prosecuted without analysis, is that Israel is a brutal, pariah state, existing on the oppression and subjugation of the Palestinian people.

Then, ‘thousands of miles away from the frontline’, Hodges insisted that Israel was just defending itself when its snipers opened fire on Palestinians. And, without analysis, he accused Hamas – Gaza’s government – of being responsible for the killings.

Hodges justified his conclusions with two main ‘facts’. Firstly, he said the “so-called protest” was effectively a “coordinated” Hamas offensive. And he claimed [11.39] that the people involved tried to breach the apartheid wall “with the intention of murdering Israeli civilians”.

The show’s host Andrew Neil raised a point during the discussion that Hodges then used to support one of his claims. Speaking to This Week regular Liz Kendall, Neil said:

Hamas has admitted that 50 of the 60 killed were Hamas militants.

Neil is referring to a statement reportedly [paywall] made by a Hamas official on 16 May. But according to the Washington Post two days earlier, its interior ministry had said Israel only killed seven Hamas members in the attack.

Furthermore, a number of Western countries view Hamas’s military wing as a terrorist organisation. So Hodges is essentially using the conflicting words of people whom current convention deems to be terrorists in order to support his argument.

Meanwhile, it is Israel who is killing vast amounts of people. During the 2014 Israeli assault on Gaza alone, Israel killed around 1,483 Palestinian civilians. Many would call that terrorism.

The Washington Post, which had a journalist on the ground in Jerusalem, also reported on attendees at the protest. It said that “many came to peacefully demonstrate”, although there were some threatening violence. So Hodges’ notion that it wasn’t a real protest jars with the evidence, including from Palestinians involved.

Author and scholar Norman Finkelstein, however, gave a different assessment of why Palestinians are endeavouring to break through the apartheid wall. Speaking on Democracy Now!, Finkelstein highlighted the 27-year-long blockade on Gaza, which intensified in 2006/7 after Palestinians there elected Hamas. This blockade stops the vast majority of goods and people entering or exiting the strip by land, sea or air. Finkelstein said:

Two million people, half of whom are children, are trapped, caged in an unliveable space where they are, to quote Sarah Roy, slowly being poisoned [by the water]. Unless you believe that Israel has the right to poison one million children, it has no right to use any force against the people of Gaza.

They have the right to break free from the cage Israel has created for them.

You can watch Finkelstein’s interview here:

Given the situation Israel forces them to endure, it’s no wonder Palestinians are trying to break free. But you wouldn’t know that from Hodges’ propaganda on This Week. Because he appeared to be reading straight from the Israeli government’s hymn sheet. And, in its wisdom, the BBC didn’t invite anyone on the show with the wherewithal to challenge him properly on that.

Shame on them all.