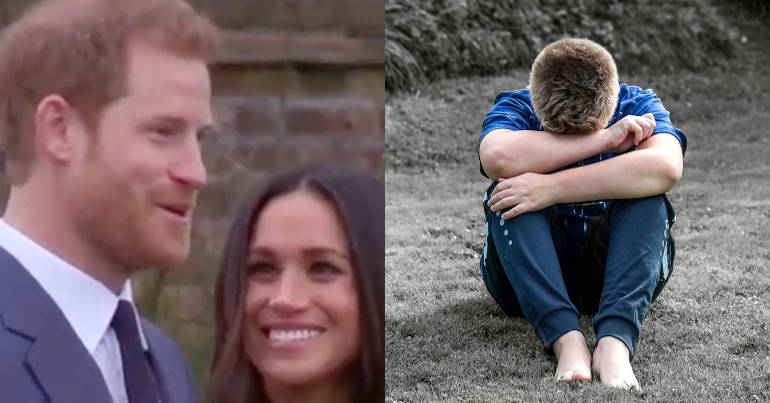 Although the total figure isn’t fully known, it’s been widely reported that the royal wedding will cost £32m. What is known is that the single biggest cost will be security: estimated at £30m. And those security costs will be paid for by taxpayers.

So people are suggesting all sorts of ways that taxpayers’ money could be better spent.

According to BBC‘s Reality Check, the Home Office “wouldn’t comment” on security costs because, it said:

But the £30m figure has been widely reported. And people aren’t happy. Anti-monarchy group Republic commissioned a YouGov poll which found that 57% of people:

believe the Royals should pay the full cost of the wedding, including the cost of policing and security.

And many people have taken to Twitter to back up these findings.

Why is everyone moaning about the cost of the Royal Wedding?

Its not YOUR money they’re spending.

Oh wait there… I see

Some have linked the cost of the cake and national salaries:

Others have talked about the staggering rise in child poverty under this Tory government:

In the past year, Trussell Trust food banks distributed over a million (1,332,952) three-day emergency food packages. And 484,026 of these went to children. The wedding could pay for 6 million meals costing £5.

Others pointed out that schools face devastating cuts:

According to the School Cuts website, schools face average budget cuts of £45,400 for primary schools, and £185,200 for secondary schools.

The wedding could fund the shortfall for more than 660 primary schools; schools where teachers already report that children arrive at school hungry. And don’t forget how many kids will now lose out on free school meals thanks to Theresa May.

Since hungry children are being denied free school meals, there should be NO taxpayer funding for the Royal Wedding. Sign the petition. #RoyalWedding https://t.co/ExI6e22DSz

As previously reported by The Canary, Windsor’s homeless people have been treated appallingly:

"In 2018, the homeless of Windsor were cleared away for the Royal Wedding, while royalists draped in Union Jacks were allowed to camp out on the streets."

Imagine what future generations will think of today's Britain when they read this sentence in the history books.

There’s a housing crisis across the UK. It wouldn’t solve the crisis, but £30m would get some people off the streets. And it might prevent others slipping into the rising hidden homeless vortex.

Homeless numbers have soared. People have died on our streets. Rents have doubled in the past ten years. Meanwhile, wages are stagnant and benefits have been slashed.

Or we could give nurses a pay rise. Because nursing pay levels “have fallen by 14 per cent in real terms since 2010”:

Security at the last Royal Wedding cost the taxpayer 32 million. Nurses have had a 14% real-terms pay cut in the last 8 years. #NHS #RoyalWedding2018 #royalwedding #SaveOurNHS

Or it could pay for over 3,000 nurses to train. Since NHS training bursaries were abolished in 2017, nurses now have to pay £9,250 in tuition fee loans.

Royal wedding costs would be a drop in the ocean to help with the estimated cuts of “£6.3bn in adult social care funding” since 2010. But it would be a start.

Perhaps it could limit the rising numbers of cancelled operations? Or halt the 12% loss of hospital beds since 2012?

NHS failing, 30%rise in homelessness, disability cuts,fit for work assessments, sawing prices, plummeting wages, tax brackets for the 1% and you want us to smile as we pay for your wedding? Get fucked!#RoyalWedding2018 #JC4PM #austerity #HarryandMeghan https://t.co/xCqSU1nUGl

Meghan Markle’s dress is estimated to cost about £300,000. Here’s a chilling perspective on that excess:

The "royal" wedding dress is estimated to cost between £300,000 to £400,000. To have added safe cladding on Grenfell Tower it would've only costed £200,000 and would've saved lives. The same politicians who refused to pay it, will probably be guests at the wedding. pic.twitter.com/TrYNKL1w7Z

Whichever way you look at it, there are a million better uses for £30m. No, it wouldn’t fix the entrenched problems resulting from austerity. But the NHS, housing and our education system are in crisis, and money is desperately needed. Against this backdrop, the cost of this wedding is a total insult.

– To show solidarity for homeless people across the UK who have had their sleeping bags and possessions removed for the wedding, there’s a Royal Sleepover planned on 18 May. And on the day of the wedding, there are also several peaceful demonstrations planned.

Featured images via screengrab and Pixabay