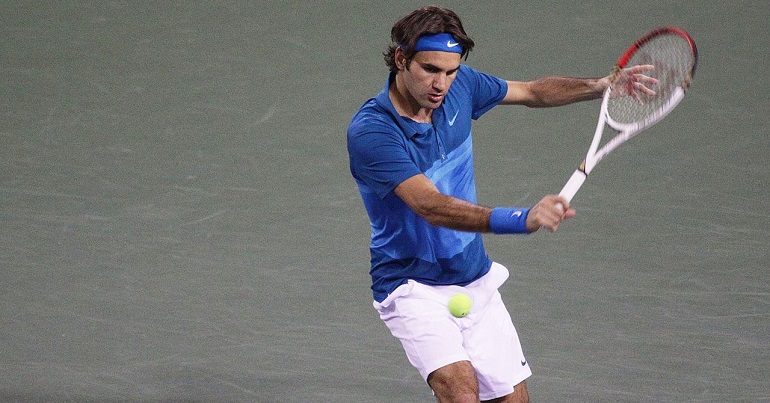 Football might be coming home, but the World Cup isn’t the only major sports event happening right now. Wimbledon is in full swing too.

But for one of tennis’ top stars, there’s more in play than the action on Centre Court. Roger Federer is being encouraged to speak out against the actions of his sponsor – the Japanese clothing company UNIQLO. The Clean Clothes Campaign has asked the public to write to Federer, calling on him to “demand fair working conditions” from UNIQLO.

The campaign stems from a report [pdf] written by the Worker Rights Consortium. The report [pdf, p3] looked into an Indonesian garment factory – Jaba Garmindo – which went into bankruptcy without issuing severance pay or final wages for its 4,000 workers. It also named [pdf, p3] brands who had sourced from the factory, including UNIQLO.

The Clean Clothes Campaign claims that up to $5.5m is owed to around 2,000 workers. It also alleges that UNIQLO and other brands withdrew orders from the factory in 2014. The factory went bankrupt and closed just one month later. Because of this, it argues that UNIQLO has a responsibility to pay the money owed. It also claims:

To deny them their payment now is tantamount to wage theft.

Since the factory closure, workers have been appealing directly to UNIQLO. In a letter to the company, one worker wrote:

When I was employed at Jaba Garmindo, I spent most of my time there creating UNIQLO products. Even on my days off I came in to operate machines because we had to meet the target as set by you, by UNIQLO. I ignored my pain as much as I could to reach these results so we would not get scolded by our boss.

Another worker wrote to the company about the closure:

You have to know what impact Jaba Garmindo’s bankruptcy has had on us. You did not try to prevent this closure. You pulled out orders from Jaba Garmindo and just left this factory without care for workers. Now we have lost our jobs, our livelihood and it is impacting our children because they can’t continue their study. We are struggling now for over 3 years. You don’t know how hard our struggle has been to end this.

As a result of the spotlight the Clean Clothes Campaign and Worker Rights Consortium has put on UNIQLO, the company issued a response. It admitted sourcing from the factory between 2012 and 2014. However, it currently denies any responsibility for compensating the factory workers. A statement from UNIQLO’s parent company Fast Retailing, reads:

Fast Retailing has no legal obligation pertaining to this matter, including the responsibility to financially compensate former PT Jaba Garmindo employees.

Fast Retailing says that it does ’empathise’ with the workers affected, however, and has offered to facilitate re-employment for those out of work.

Sport in the spotlight

Roger Federer and UNIQLO aren’t the only ones from the world of sport under the spotlight over labour rights issues. In June, campaigners took aim at the major sports brands behind the world cup paying poverty wages.

The world’s eyes are on two of the biggest sports competitions. And campaigners are bringing workers’ rights to their attention. It’s time the brands and sponsors clean up their act. And people are calling on Roger Federer to play an important role in pushing them to do that.

– Write to Roger Federer, asking him to demand fair working conditions from UNIQLO.