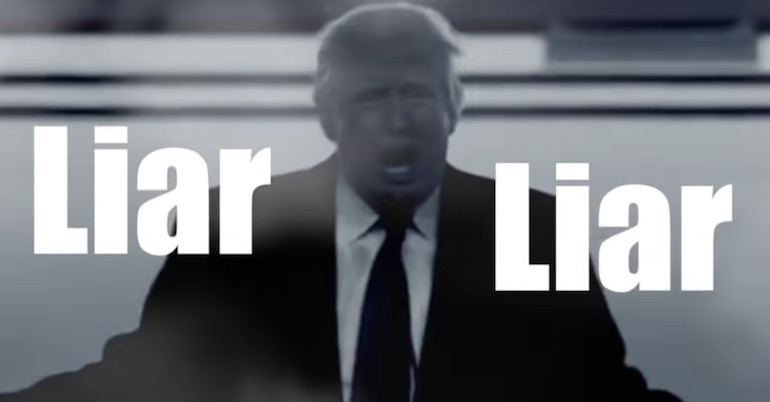 On 12 July, Donald Trump will visit the UK for a four-day visit. In response, over 158,000 people have expressed interest in a major London protest against the US president.

The protests now have a perfect theme tune, because Captain SKA has issued a new version of Liar Liar in time for Trump’s arrival.

Captain SKA wrote Liar Liar in 2010 in response to the actions of David Cameron’s newly formed coalition government. The band also created a new version ahead of the 2017 general election. Although Liar Liar GE2017 reached number 1 in the charts, the BBC and other radio stations refused to play it.

And now, to prepare for Trump’s visit, there’s a new version of the song:

The song is openly critical of Trump’s track record, claiming that he is:

Standing up with racists.

Accusations of racism have come thick and fast since Trump became president. A recent poll found that 49% of those surveyed think the US president is racist.

The song also asserts that under Trump’s presidency:

Tim Booth, lead-singer of the band James, recently called Trump an “incredibly dangerous man for the planet”. Even children in the UK have questioned Trump’s foreign policy actions. Most recently, there’s been international outrage over his “zero tolerance” immigration policy that has ripped children away from their parents at the US border.

The song also raises Trump’s relationship with Vladimir Putin, and his “disgusting” attitude towards women. Trump is, according to to Captain SKA, a:

Captain SKA calls on listeners to:

Take this orange Mussolini and show him the door.

Due to Trump’s controversial actions and far-right rhetoric, some have labelled him a would-be dictator – with a fake tan. Or, as Captain SKA put it, an ‘orange Mussolini’.

Thousands of people in the UK want to show opposition to Trump through protest. And now they have the perfect theme tune to march to.