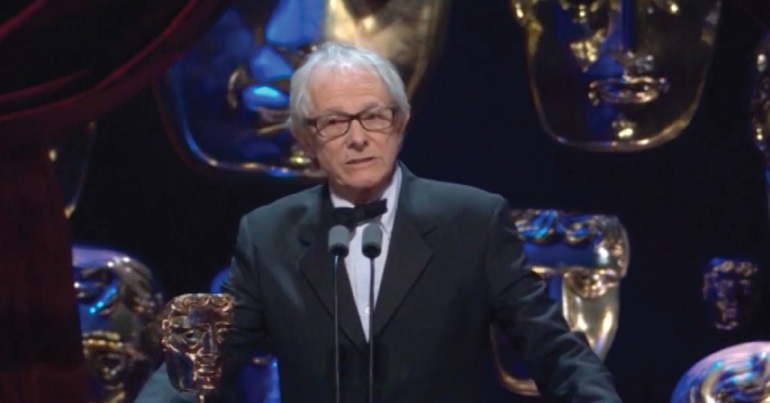 Award-winning director Ken Loach has just sent a powerful message of support to people who are building a progressive political and economic system in the middle of a war zone.

In late 2014, Daesh (Isis/Isil) besieged the blockaded city of Kobanî in northern Syria as NATO ally Turkey watched from across the border. But the city’s local defence forces resisted for much longer than anyone expected, eventually defeating Daesh. And this got the world’s attention.

Four years later, the slowly recovering city has just hosted a film festival. And Loach sent a message to mark the occasion. He said:

Your work in celebrating film, and recognising the power of cinema to bring people together, while you have faced the most unspeakable suffering, is truly inspirational.

Your political achievements are respected around the world and there are many who support you in their hearts, though you may never hear from them.

Kurdish-led defence forces in northern Syria (aka Rojava) have been among the “most effective” ground forces in the battle against Daesh. And at the same time, these militias have been protecting the formation of a democratic system; one that is secular, feminist, multi-ethnic, and which opposes all religious discrimination. As The Canary previously reported, this system is actively encouraging the growth of an inspirational co-operative economy.

Not all is plain sailing, though. Amid almost total destruction in Kobanî in 2014, the US finally decided to give strategic support to these forces in their fight against Daesh after isolating them for years. But to this day, there is still no meaningful political commitment from the West. And while these forces have played a key role in defeating Daesh in Syria, the West still allows its Turkish allies to attack them.

The Kurdish population is split mostly between Turkey, Iran, Iraq, and Syria; all thanks to colonial interference from Britain and France at the start of the 20th century. And Turkey is currently at war with Kurdish communities at home and abroad because of their demands for self-determination. According to the Permanent Peoples’ Tribunal, the state has committed numerous war crimes in the process.

Stand up for self-determination

Loach has previously been a vocal critic of Israel’s illegal occupation of Palestine. And his solidarity now with the Kurdish people, who have long lived under brutal occupation too, should inspire others on the left to follow his lead. Because we should extend our solidarity around the world to everyone who suffers under occupation.

As Loach said, many people may respect the “political achievements” of the mostly Kurdish communities in northern Syria, but “you may never hear from them”. So the challenge is clear. Wherever powerful states deny people the right to freedom and self-determination, we should raise our voices and show our support. Because there is no excuse for remaining silent.

– Learn more about the inspiring process underway in Rojava in the author’s introduction book and/or detailed investigation.

– In the UK, ask Theresa May and your MP to recognise and support Rojava, and to stop selling arms to countries like Saudi Arabia and Turkey (which have been fuelling the Syrian conflict from the very start). In the US, contact your representative and senator.

– Support Peace in Kurdistan and the Kurdistan Solidarity Campaign

– Join or support the Stop the War Coalition. Also support Veterans for Peace, who are pushing for peaceful solutions to the world’s problems. And take action with Campaign Against Arms Trade.

– Support The Canary if you appreciate the work we do. Also see more Canary articles on Rojava; and for more Global articles, follow us on Facebook and Twitter.