After failing to deliver a Brexit he could stand behind, Dominic Raab is now failing at Twitter - Canary Workers’ Co-op 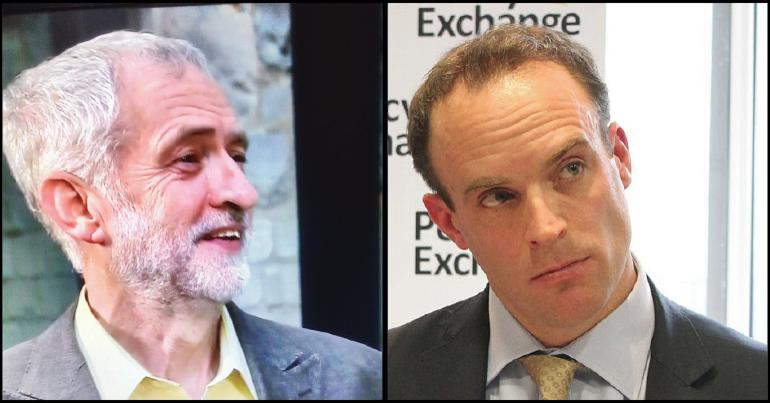 Dominic Raab recently resigned as Brexit minister to protest the deal he’d negotiated. Before that strange turn of events, Raab drew some criticism for admitting he “hadn’t quite understood” Britain’s reliance on the Dover-Calais crossing. This led to much ridicule for ‘Raab C. Brexit’; ridicule which he’s only making worse: 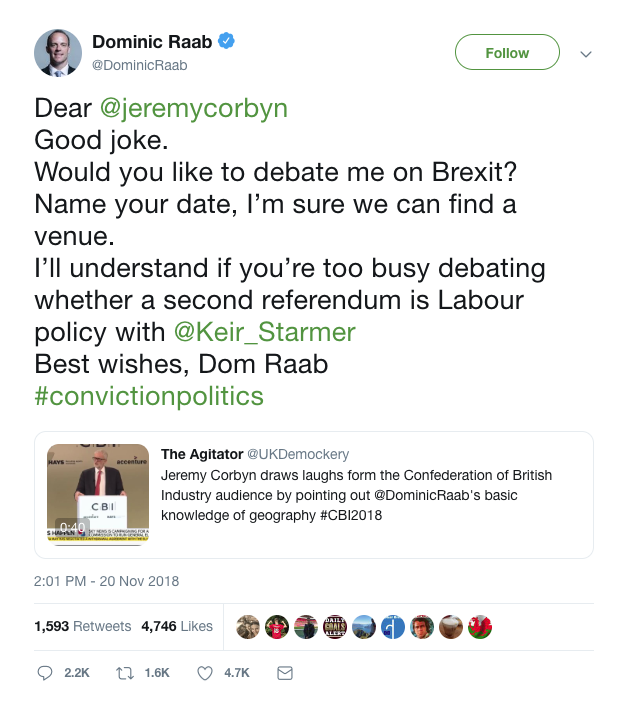 Speaking to the Confederation of British Industry, Jeremy Corbyn said:

Shortly before [Raab] quit, the former Brexit secretary revealed that he’d only just found out that the UK is particularly reliant on the Dover-Calais crossing. Because we are, as he put it, a ‘peculiar geographic entity’. By which I think he means we’re ‘an island’.

We’re only talking about 10,000 lorries a day arriving at Dover handling 17% of the country’s entire trade in goods, worth an estimated £122bn last year. The choice between the prime minister’s deal and no deal is a false choice – designed to scare people into backing the government.

Raab didn’t like it up him, and challenged Corbyn to a debate. After spending the past several months failing to negotiate a Brexit he could support, you can see why Raab would be confident. But did he really have to say:

I’m sure we can find a venue.

Oh, Dominic. You’ve really just asked for responses like this:

I hope this happens and the venue they pick is on Canvey Island or the Isle Of Wight and Raab spends his entire time crying, baffled on the shore unable to comprehend how it works. https://t.co/7QnhqMyAgz

And the responses didn’t stop there. 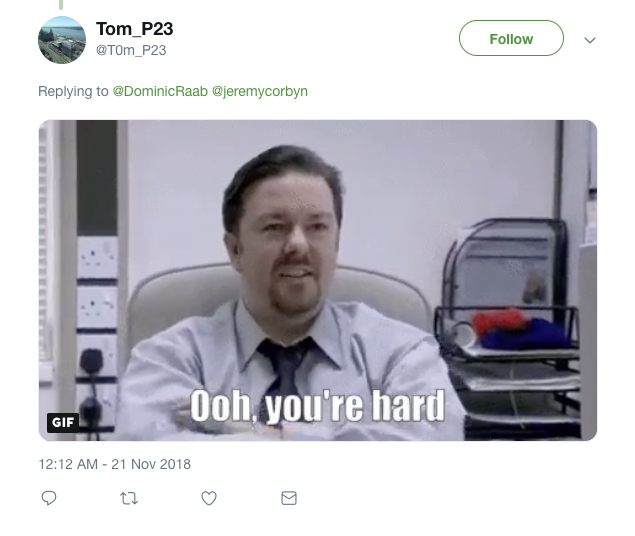 Others questioned why the leader of the opposition would debate a Tory backbencher of questionable importance: 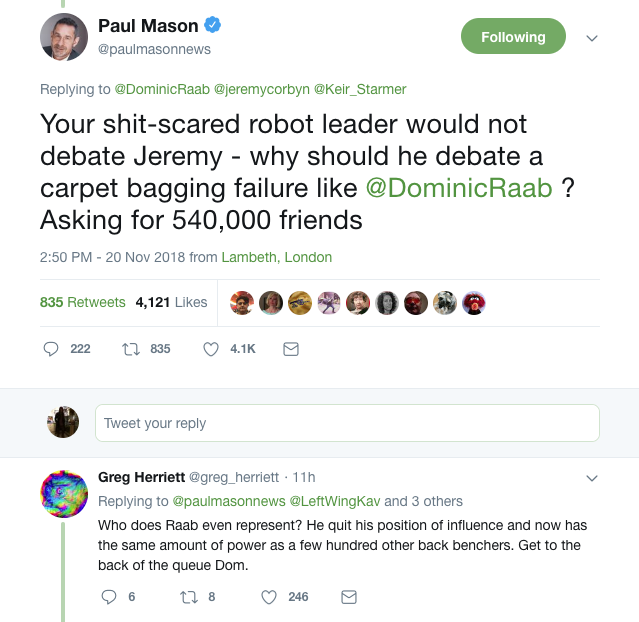 Some praised what is (hopefully) a smart, tactical response from Labour: 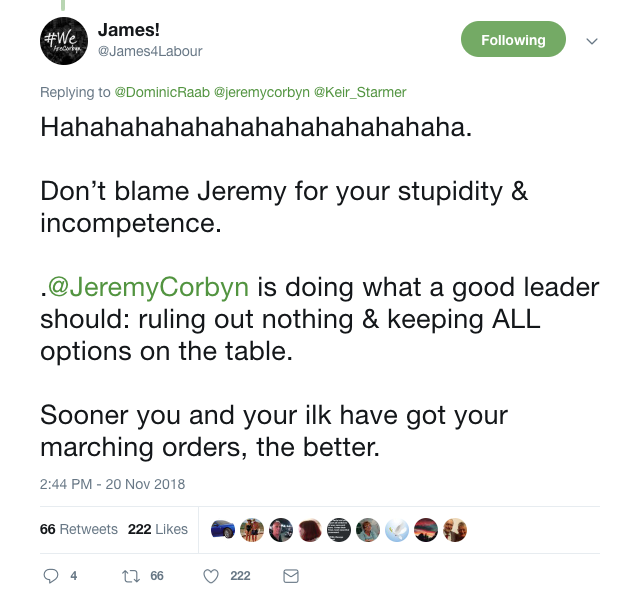 Others noticed that Raab obviously has time on his hands now and that he should probably speak to them:

Dear @DominicRaab,
Would you like to meet me, your constituent?
Name your date, I'll cancel any plans I have.
Your assistant says I can't meet you until DExEU replies to questions I sent in months ago.
I'll understand if you're too busy planning for no deal.#convictionpolitics https://t.co/q4ZiZnE4oR

Still though, in a bad month for Raab, nothing can top him being compared to France’s wildly unpopular president by Britain’s tepidly unimpressive Piers Morgan:

Raab has a touch of the Macron about him.
I wouldn't be surprised if he is Prime Minister before too long. #marr

As the Brexit minister, Raab spent several months at the forefront of the UK’s future. That didn’t go well for him, and it really didn’t go well for the UK. The idea that anyone needs to hear any more about Raab’s opinions is laughable. Just not as laughable as his grasp of geography.