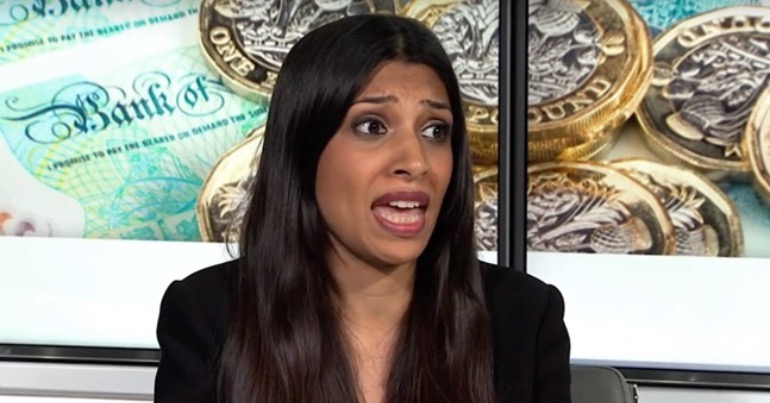 Faiza Shaheen, the head of thinktank CLASS (the Centre for Labour and Social Studies), has just nailed how the media treats left-wing organisations differently from those on the right.

In her piece, she argues that Marr’s attitude is that of “old-guard political broadcasters” who are not coping with a new political dynamic where:

women and people of colour [are] coming forward and challenging the establishment.

The establishment, she said, is “not taking it at all well”. And she sarcastically tweeted about her future prospects of appearing on Marr’s show:

I might not get invited onto The Andrew Marr Show for a while 🤷🏽‍♀️ https://t.co/0rGEFaU4Iw

Shaheen also claims that the media treats left-wing organisations differently from their right-wing counterparts. She describes a “subtle” bias in media and how:

The organisation I run, Class, is often introduced on air as a leftwing or trade-union-supported thinktank. This doesn’t bother me – we’re transparent about where we get our money from and our political stance. However, it does irk me that my counterparts on the right are almost never introduced with their political bias upfront – and they are rarely transparent about where their funding comes from, which means that their vested interests are never called out.

Shaheen’s reference to her right-wing “counterparts” undoubtedly refers to organisations like the Institute for Economic Affairs (IEA), the Adam Smith Institute, and various others. All these organisations have poor ratings [pdf, p6] for transparency on sources of funding.

As The Canary has previously reported, radio host James O’Brien has been one of the people to criticise media outlets for giving organisations with limited transparency airtime, questioning the BBC specifically. The Canary has also focused on the IEA’s record in particular, asking why its representatives routinely receive a media platform despite its poor record on transparency.

[The Media Lens editors] make a useful point about the media’s vital role in reinforcing a set of assumptions that “our” leaders are morally superior to “their” leaders. “Controlling what we think is not solely a matter of controlling what we know – it is also about influencing who we respect and who we find ridiculous. Western leaders are typically reported without adjectives preceding their names… The leader of Venezuela, by contrast, is ‘controversial left-wing president Hugo Chavez’.

Propaganda in Britain isn’t always as obvious and in your face as it may be in a totalitarian society. But as Shaheen aptly described, it most certainly exists.

The British media and political establishments have for many years internalised a particular social, political and economic consensus. Right-wing thinktanks complement this consensus; left-wing thinktanks don’t. And because the latter challenge this consensus, media outlets often single them out with special labelling. Whether they do this consciously or not, such labelling tells viewers that they should view organisations like CLASS as unorthodox outliers: mere curiosities, or not serious organisations.

So next time you see and hear such descriptions in the media, record them and complain.