If you thought the Cambridge Analytica scandal was big, wait till you see this - Canary 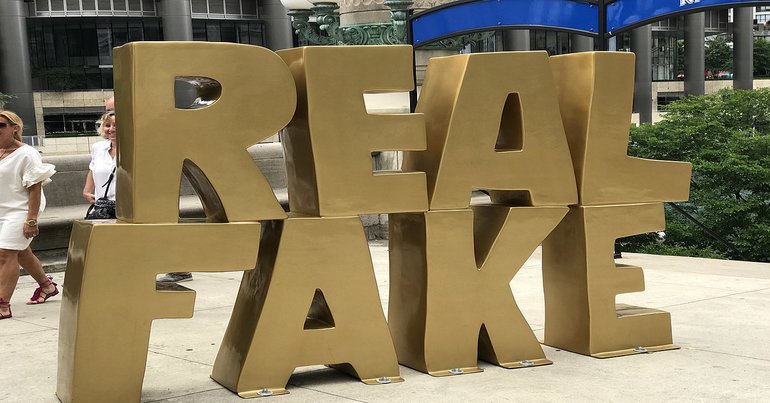 There’s an ongoing propaganda Cold War taking place. And now, hacktivists have exposed the workings of a little known UK-based organisation that specialises in covert propaganda and psyops (psychological operations) across Europe and far beyond. Further investigations, meanwhile, reveal how the organisation has some high-powered backers, going right to the heart of government.

If you thought the Cambridge Analytica scandal was big, then you definitely need to see this.

Below, we reference but do not reproduce all of the documents, which provide examples of these propaganda projects. We also examine examples of geopolitical research from a thinktank whose work complements those projects.

According to a handbook, which Anonymous sourced, the Integrity Initiative started operations in autumn 2015. In cooperation with the Free University of Brussels, it aimed to:

bring to the attention of politicians, policy-makers, opinion leaders and other interested parties the threat posed by Russia to democratic institutions in the United Kingdom, across Europe and North America.

And it has done so by organising:

One example Integrity gives of such a threat concerns the April 2017 chemical attack in Syria. In another document, it refers to Bellingcat’s research on this tragedy.

However, Integrity’s work is not all about combating Russian “disinformation”. It also focuses on direct interference in the politics of countries, including UK allies.

A document headed “Personal: In Confidence” provides details of Integrity’s ‘clusters’. It uses this term for country-based ‘anti-disinformation’ personnel – and the work they undertake. For example:

Several journalists – from the Times, the Financial Times, the Guardian and the BBC – appear in the ‘UK cluster’ document. As does the former head of the defence arm of SCL (the parent company of Cambridge Analytica), though that person told The Canary he’s “never heard of” Integrity.

Integrity’s handbook also recommends possible ‘educational events’ by other organisations, including by BuzzFeed and Bellingcat (the open-source investigative agency that came to prominence in part via its revelations about the Russian agents allegedly behind the Salisbury poisoning). It also lists Bellingcat as a possible research partner.

Integrity is a major project of a little-known thinktank – the Institute of Statecraft.

Statecraft claims to promote “Peace and Security through the skilful use of State Power”. To assist in this endeavour, it boasts almost 90 fellows, who offer a range of security and intelligence-gathering specialisms.

Statecraft also publishes a series of papers on ‘security issues’, sponsored by NATO’s Public Diplomacy Division. However, much of its work appears to be about combating Russian media and propaganda. For example, one paper is by a former UK law enforcement intelligence analyst on the “relationship between big business, big crime and the Kremlin”. Another paper, by a former RT journalist, goes on to argue that Russian news coverage promotes a “culture of hate, extremism, and paranoia”.

Russia’s interest in promoting Brexit, meanwhile, appears in another paper, which examines stories in Sputnik and RT. The paper argues that coverage was biased in favour of Leave campaigners, such as Leave.EU’s Liz Bilney, Vote Leave’s Matthew Elliot, and UKIP’s Nigel Farage.

On funding, Integrity’s handbook recommends to its members that:

if asked about our funding, be very clear: the Integrity Initiative is funded by the Institute for Statecraft. The IfS gets its funding from multiple sources to ensure its independence. These include: private individuals; charitable foundations; international organisations (EU, NATO); UK Govt (FCO, MOD)

Details of FCO (Foreign and Commonwealth Office) funding appears in another document which Anonymous sourced, with the meta heading ‘FCO Budget’. The same document lists a financial contribution from NATO. Integrity’s handbook further states that the FCO is to be included in all its events. Confirmation of FCO funding also comes via an Integrity statement (see below).

According to another document which Anonymous sourced, the US State Department provided £250,000 to Integrity, and Facebook is a co-funder. Another document, meanwhile, provides a breakdown of Integrity’s spend and deliverables.

Integrity has subsequently issued a statement in response to the publication of its documents by Anonymous.

Excellent. Not a very frank statement, but a pretty clear admission that you are engaged in a state funded propaganda campaign. Be sure to let us know if *any* docs were tampered with and who exactly is on your actual clusters? Pip, pip!

The Canary also sought responses from NATO, the FCO, Bellingcat, BuzzFeed, and Facebook.

Facebook responded by saying they are looking further into this.

We haven’t had any discussions or contact with II about any projects or proposals, so based on the text I assume they were just listing organisations who of

NATO, the FCO, and BuzzFeed hadn’t responded by the time of publication.

These revelations could see another Facebook/Cambridge Analytica-style scandal emerge. But this time, it would be the British state in the dock. And the implications for the Conservative-led government could be enormous.