Watch Barry Gardiner ambush Robert Peston with the host's true colours, on his own show - Canary 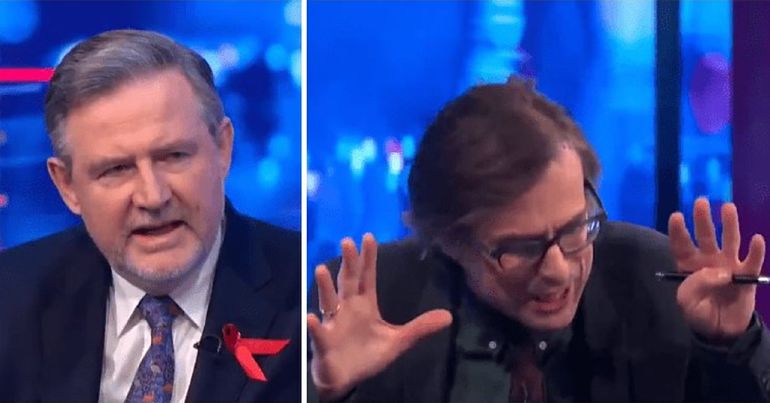 On 28 November, Labour’s Barry Gardiner ambushed Robert Peston with a tweet showing some of the host’s own true colours. Appearing on Peston, Gardiner pointed out that Peston tweeted that the Brexit debate was “becoming cruel” for the prime minister.

Peston retorted that Gardiner was

But others on social media disagreed:

Gardiner later expanded on Labour’s Brexit policy and what will happen if May’s deal is voted down:

Barry Gardiner: If she cannot get her deal through parliament, then "We will call a Vote of Confidence & a General Election."
Barry also points out that Labour could support a deal from the govt if 'a permanent Customs Union' was on the table.#Peston pic.twitter.com/mREAy8tXvi

How likely is a general election?

Like Gardiner says, there could well be a general election. If a simple majority of MPs vote ‘no-confidence’ in May and no alternative government forms within 14 days, a general election automatically goes ahead.

Parliament has been in deadlock over leaving the EU since the 2017 general election. And with Brexit coming to a head, it’s difficult to see where the Conservative Party can turn.

With that in mind, it’s important to call out the corporate media when pundits try and paint May as the victim. She has a rich family, but has still been implementing the Conservatives’ counterproductive austerity regime on working people. Gardiner is spot on to take Peston to task on the matter.