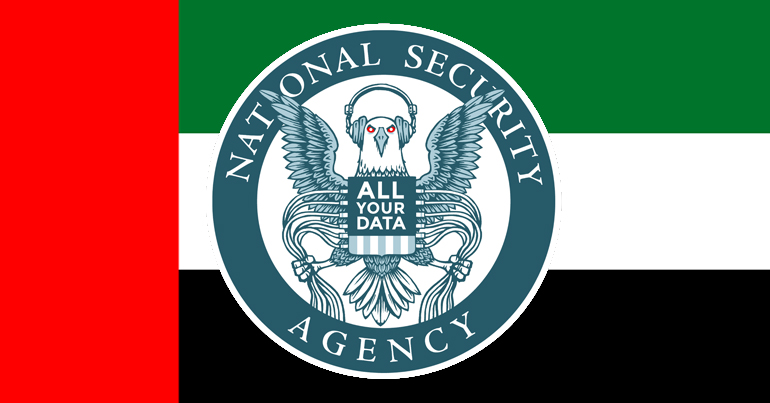 A Reuters investigation recently discovered that former US intelligence agents had worked with the United Arab Emirates (UAE) dictatorship to hack into personal iPhones. The programme monitored hundreds of targets during 2016 and 2017, including journalists and human rights activists.

On 30 January, Reuters exposed a UAE-led surveillance campaign known as Project Raven. Operatives trained by the USA’s National Security Agency (NSA) were employed to use “an arsenal of cyber tools”. The UAE regime used these to spy on its opponents. At the heart of this arsenal was ‘Karma’. This digital platform granted remote access to individual iPhones using just a phone number or email address.

Reuters spoke with nine former operatives including Lori Stroud and reviewed “thousands of pages of project documents and emails”. Stroud revealed Project Raven to be the “offensive, operational division” of the UAE’s National Electronic Security Authority. Reuters‘ interviewees claimed that the programme helped the state to “break up an ISIS network”. But they also said it targeted journalists, human rights activists, and international political figures.

Threat of the ‘Arab Spring’

One journalist targeted was former Middle East Eye editor Rori Donaghy, who has also written for the Guardian, the Independent and OpenDemocracy. The UAE viewed human rights advocates as a “major threat” after the Arab Spring. And Donaghy’s writing, often critical of the country’s poor record on human rights, made him a target for Project Raven. In 2012, operatives tricked him into downloading software that allowed them to monitor his emails and internet use. This lasted until 2015, when he realised what was going on.

By 2016, Project Raven had developed Karma. This platform was much more powerful than the methods used to monitor Donaghy, because targets didn’t need to install software or click on links. Instead, Karma exploited “vulnerabilities” in Apple’s iPhone software:

Karma needed only to send the target a text message – the hack then required no action on the part of the recipient.

Reuters said one recipient was Tawakkol Karman, a Yemeni journalist and activist. Karman is a Nobel Peace Prize winner and was the “international public face” of the Arab Spring. She was targeted as a result of her part in the uprisings, she believes. Other high-profile figures monitored by Karma included Tamim bin Hamad al-Thani, Qatar’s head of state, and Turkey’s former deputy prime minister Mehmet Şimşek.

Karma was shut down “by the end of 2017″ because security updates to iPhone’s software had made it much less useful. Reuters doesn’t appear to say whether Project Raven has ended or continues.

The UAE’s record on human rights is dire. Its government has a track record of jailing political dissidents, exploiting migrant labour, and torturing prisoners. Amnesty International, meanwhile, slammed the state’s ‘arbitrary’ crackdown on its citizens. And the Intercept described it as “one of the most repressive governments in the world”, pointing out that it has also played a “key role” in the genocidal war on Yemen.

In a 2012 Guardian piece, Donaghy himself prophetically warned:

In an atmosphere where dissent is treated ruthlessly… the future for those who continue to speak out looks bleak.

And indeed, state surveillance is far from unique to the UAE. Nor is it limited to countries ‘over there’. But the willing collusion of former NSA agents with a dictatorship known for horrific human rights abuses makes this case particularly disturbing.