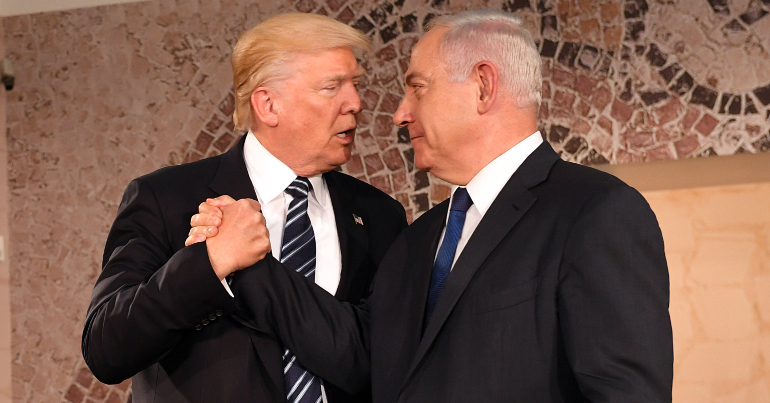 CORRECTION: This article was corrected on 12 April to clarify that the flags of other coup-backing countries also appeared at the opposition rally in question and that Israel was not uniquely praised for its support. The headline was changed from “The Venezuelan coup-plotters are flying Israeli flags. It’s time to ask why.” to “As Israel backs the Venezuelan coup, let’s remember its long record of supporting Latin America’s far right”.

The US and its far-right allies in Brazil and Colombia are currently leading a coup attempt against Venezuela’s elected government. It’s the issue that’s filling media outlets around the world at the moment. But what doesn’t appear in the news is the backing of a country some 10,000km away: Israel.

Israel’s links with Latin America are perhaps more extensive than one might expect. And the attempted coup in Venezuela is a reminder of longstanding Israeli ties with the Latin American far right.

Israel has a long history of supporting far-right groups and regimes in Latin America. This seems to be reoccurring today in Venezuela.

As Dan Cohen and Max Blumenthal reported for the Grayzone, Juan Guaidó – the face of Venezuela’s attempted coup – is no moderate. In fact, “he has spent years at the forefront of a violent campaign of destabilization” in the country.

After being groomed by Washington’s “elite regime change factories”, he then “spent his career in the most violent faction of Venezuela’s most radical opposition party”. This faction, the Popular Will party, was complicit in the deaths of citizens and police officers. In short, Guaidó is far from the fresh-faced, heroic character presented to you by outlets like BBC News or the Guardian.

On 27 January, Israeli PM Benjamin Netanyahu officially recognised Guaidó as Venezuelan interim president, as did other key US allies. Israel became one of many colonial powers, including the US and the UK, to support the West’s latest imperialist project.

On 3 February, Guaidó’s supporters displayed and cheered the Israeli flag during an opposition rally, along with the flags of other countries supporting the coup attempt: 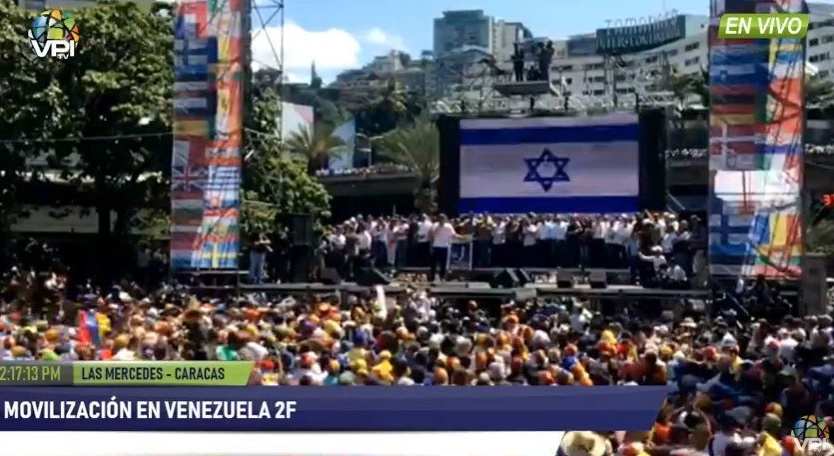 Venezuela's opposition cheer the US and Israeli flags at their rally earlier today. pic.twitter.com/SXxzYyDMvs

Apart from the US and the UK, Israel also has a long and consistent history of backing the far right in Latin America. As journalist Ben Norton says:

Israel is seen [as] a symbol of colonialism and far-right politics, so pro-imperialist right-wing groups proudly wave its flag.

As Israel backs the Venezuelan coup, let’s take a brief look at its record of supporting the Latin American far right.

I learned an infinite amount of things in Israel, and to that country I owe part of my essence, my human and military achievements.

These are the words of Carlos Castaño, who co-founded the paramilitary organisation United Self-Defence Forces of Colombia (AUC) in 1997. The AUC, in the words of Colombia Reports, left “a trail of death and terror in its wake with its estimated 30,000 fighters”. At its head, Castaño became one of Colombia’s – and probably Latin America’s – most prolific and murderous paramilitary officers.

He owed much of his knowledge to the training he received during the mid-1980s in Israeli military school and the Hebrew University. According to Al Jazeera, Israeli officers later arrived in Colombia in 1987 to offer further training and provide weapons.

According to the Jewish Chronicle, a CIA report showed that:

The CIA report concluded that:

In our view, Israel, even under a Labour government, is unlikely to jeopardise its military relationship with Santiago to support a restoration of democracy in Chile.

The Israeli government continued to provide Pinochet with arms to suppress his opponents throughout the 1980s.

In 2018, documents within the Israel State Archives revealed that Israel supported Brazil’s military dictatorship, which ruled between 1964 and 1985.

Brazil’s security forces used Israeli Uzi submachine guns, and the [Brazilian] National Truth Commission revealed that intelligence agents from the National Intelligence Service of Brazil (SNI) — who were primarily responsible for torture, oppression, and crimes committed by the regime — received training in Israel.

Israeli support for governments across Latin America has left a trail of civilian – and often left-wing – blood. And today, it has backed the coup attempt in Venezuela, which is already causing intense suffering.