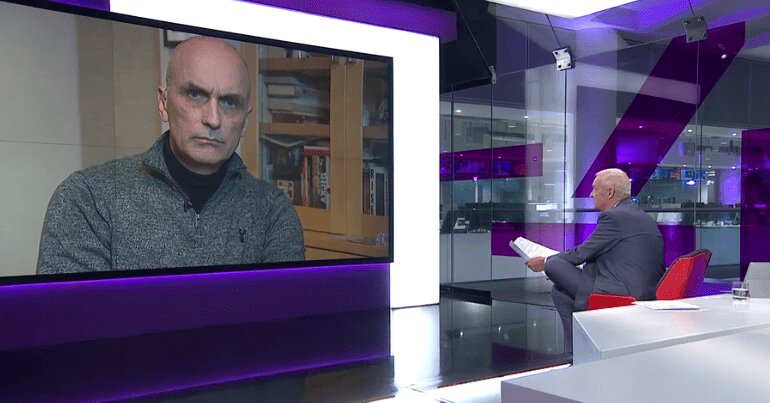 Labour MP Chris Williamson has embarrassed Channel 4 anchor Jon Snow for making a nasty error, live on the news. The presenter and MP were discussing whether Donald Trump and other world leaders were right to recognise Venezuelan opposition leader Juan Guaidó as president instead of sitting president Nicolás Maduro.

Snow spent the interview disregarding any progressive credentials he may have had. He spoke strongly in support of the Trump-led regime-change efforts in Venezuela, saying:

Your case is supported by Russia, China – you would hardly want to go to the wire on trying to defend them on human rights or anything else… You and Mr Corbyn are in a very nasty corner now.

But Williamson called him out on it, insisting:

The media, including Channel 4… has been a bit one-eyed in its reportage of what’s happened in Venezuela. I’ve seen footage of government supporters who have been beaten to death, set on fire, been decapitated. And these things need to be called out as well. And this has been supported tacitly by the United States, who are financing this kind of abuse.

Along with other EU countries, Britain’s Conservative-led government joined the US and Canada and recognised Juan Guaidó as Venezuela’s president on 4 February. Foreign secretary Jeremy Hunt cited a lack of “credible presidential elections” to justify the move. But on Channel 4, Williamson also challenged the false claim that Venezuelan elections are not legitimate:

The government’s decision to recognise Juan Guaido is a democratic outrage. The truth is he’s never been elected as president of the national assembly… The four groups who are actually in control in the national assembly take it in turns… He didn’t stand against Maduro in last year’s election. And contrary to your previous contributor, who alleged that the elections were rigged, I’ve spoken to election observers on the ground and there were observers from 86 countries who say that that simply isn’t true.

Williamson also gave his view on the way forward, saying:

The United Kingdom, rather than behaving like Donald Trump’s poodle, should be calling on him to withdraw the sanctions and to use their good offices to bring the different factions around the table and reach an amicable solution.

On 4 February, Jeremy Corbyn met with Bolivia’s vice president Álvaro García Linera as part of the international push to find a political solution in Venezuela.

Meanwhile, Trump, Theresa May’s administration, and the Western corporate media have simply announced that Guaidó – a person whom only one in five Venezuelans had heard of before the coup attempt – is Venezuela’s rightful president. And Trump’s national security adviser has been clear about why the US has backed Guaidó. John Bolton outright said that taking control of Venezuelan oil is one of their motives:

It will make a big difference to the United States economically if we could have American oil companies really invest in and produce the oil capabilities in Venezuela.

Given that Venezuela has free elections, it’s down to the Venezuelan people to decide who should be their president. On Channel 4, Williamson took Snow apart for his disappointing defence of modern colonialism.