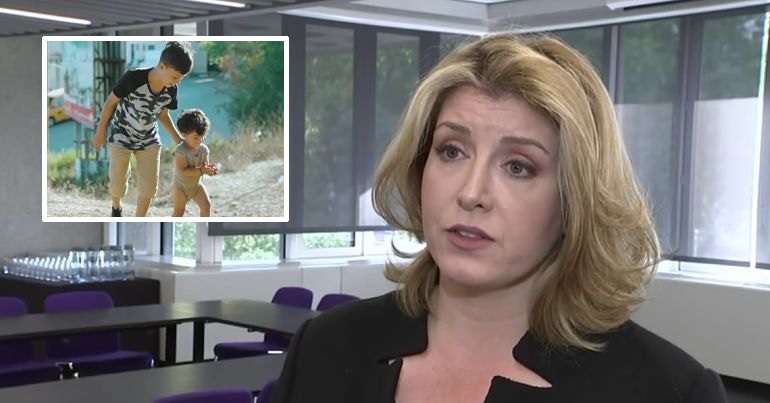 The UK government announced its involvement in a new plan to ‘help’ Palestinian school children on 19 March. The Department for International Development (DFID) revealed that it has “successfully pushed for a review into Palestinian textbooks”.

In short, the UK is going to take a “central role” in making sure Palestinian children only look at materials that “promote peace and tolerance” in school. Now, encouraging kids to value peace and tolerance is obviously a good thing. But it’s creepy as all hell when the children in question live under a violent military occupation which arrests hundreds of them every year. Because you’re in danger of indoctrinating oppressed people to be tolerant of their own oppression, while leaving the oppressor free to do as they choose.

UK govt is leading a “review of books” that the Palestinian Authority uses in schools “to ensure such books promote peace and tolerance”. Using UK aid money. Children under occupation being required to be taught to be nice to their occupiers. https://t.co/L6eVclazkH pic.twitter.com/aDTmBlZznl

In its announcement, the DFID explained:

After calls by the UK government for international action on education materials, a group of international partners, including the UK will lead a review into the books included in the Palestinian Authority’s current curriculum for primary and secondary school children.

It says the UK and its “international partners” will use the review to “identify the steps necessary to ensure such books promote peace and tolerance”. It also claims the Palestinian Authority has agreed to “engage constructively” with the review’s findings. These will apparently be available by September. International development secretary Penny Mordaunt said:

We are working closely with the Palestinian Authority to ensure that all Palestinian children receive a decent education and are able to fulfil their potential.

The now famous motto displayed on the Ministry of Truth (Minitrue) building in George Orwell’s 1984 was:

War is peace. Freedom is slavery. Ignorance is strength.

In Orwell’s world, the Inner Party (aka Big Brother) indoctrinates the oppressed masses to embrace those concepts wholeheartedly – and rat out anyone who doesn’t. The UK government shouldn’t be surprised if people level accusations of Minitrue-esque indoctrination at it over these plans. Because it’s planning to teach kids who are effectively imprisoned under Israel’s military occupation to be ‘peaceful’; to educate children who face regular violence at the hands of their oppressors to value “tolerance”.

If this review were taking place in both countries – Palestine and Israel – it would be a different matter. Educating children on both sides of the conflict in matters of peace could perhaps yield positive results. But targeting Palestinian kids solely as the ones who need such an education is creepy as all hell. As historian Mark Curtis says, it looks like the UK wants to teach Palestinian children “to be nice to their occupiers”.

Israel, a close ally of the UK, must be delighted.