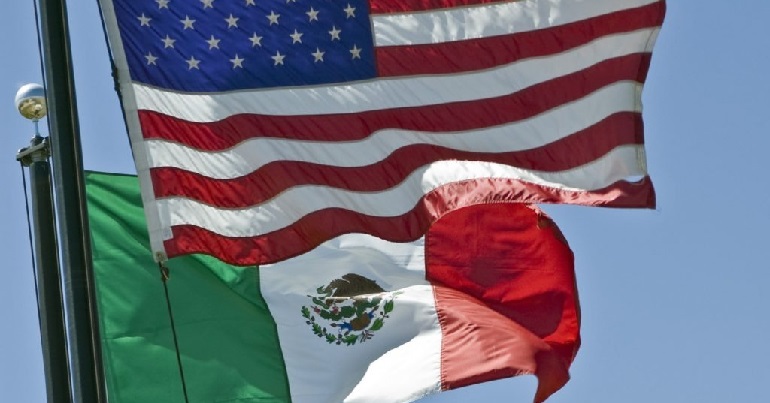 ‘Reformulating the war on drugs’

In the section “reformulate the war on drugs”, the report proposes a significant reversal of Mexico’s current drug policy. Former president Felipe Calderón initiated an unsuccessful US-backed war on drugs over a decade ago in 2006, which went side-by-side with an escalating human rights nightmare.

In most countries which have applied [drug prohibition], the strategy has not translated into a reduction in consumption. Worse still, the prohibitionist model inevitably criminalises consumers and reduces the chance of social reinsertion and rehabilitation.

It then proposes a solution:

The only real chance of reducing drug consumption is in lifting prohibition on currently illegal drugs, and reorienting resources currently used to fight drug-related activity and transferring them to programmes – massive, but personalised – of reinsertion and rehabilitation.

International co-operation, the report suggests, is central to the plan’s success:

This should be done through negotiations, both in the bilateral relationship with the United States and in the multilateral sphere, within the [United Nations].

Drug-related violence has plagued Mexican society for decades, fuelling homicides, displacements, and corruption. The response, sponsored by the US since 2008, has been drastic:

approximately 640,700 Mexican troops have been deployed to engage in public security missions, according to data compiled by the Mexican Commission for the Defense and Promotion of Human Rights (CMDPDH).

Mexico’s war on drugs, however, hasn’t improved conditions on the ground. In 2017, Mexico suffered the highest number of homicides since the drug war began in 2006. And in the Mexican state of Guerrero, residents recently put up signs stating:

In Guerrero there is no guarantee of anything. It’s a narco state.

A character from TV show The Wire once explained, regarding the war on drugs, that “you can’t even call this shit a war… wars end”.

Though the war on drugs seems endless, experts largely agree that AMLO’s proposals are a step in the right direction. Steve Hawkins, executive director of the Marijuana Policy Project, told Newsweek that the proposal:

The war on drugs has been extremely costly, not just in terms of government resources, but also human lives, and it has failed to accomplish its objective.

Prohibition policies have, by and large, caused more harm to people and communities than the drugs they were intended to eliminate, and they haven’t come anywhere close to eliminating the supply or the demand.

The Donald Trump administration nonetheless appears dedicated to harsh, punitive ‘solutions’ to the drugs trade rather than social ones. So the contrast between both countries’ policy on drug decriminalisation may cause friction. Washington has invested billions in Mexico’s war on drugs, and Trump has aired racist views about Mexicans and the drugs trade. The Trump administration, moreover, has generally resisted marijuana legalisation at the state level.

The next step for AMLO is to – as Portugal did in 2001 – turn words into action.