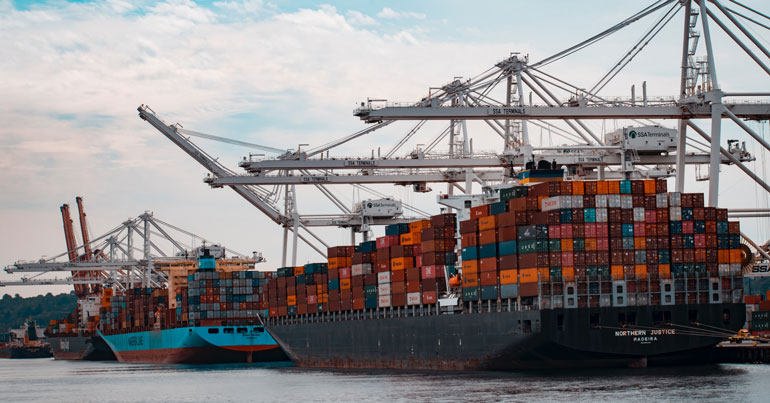 Outbreaks of Coronavirus (Covid-19) on cruise ships are currently disrupting holidaymakers’ plans across the world. But away from the headlines of the inconvenience to privileged travellers, a global human crisis is unfolding. Seafarers are suffering. And they are largely unnoticed.

The maritime industry is vital

Pretty much every country in the world depends on shipping. Globally over 1.6 million people work as seafarers. Ships transport around 90% of the world’s trade. In 2016, then-United Nations general secretary Ban Ki-moon released a statement saying:

Everybody in the world benefits from shipping…  We ship food, technology, medicines, and memories.

He also said that the shipping industry has helped improve global living standards and helped lift millions of people out of acute poverty. But he acknowledged:

the vast majority of people are unaware of the key role played by the shipping industry, which is largely hidden from view.

This “hidden from view” situation has allowed the ongoing exploitation of maritime workers. Partly because of the international nature of shipping, it’s difficult to regulate.

super exploitation on merchant ships in UK waters sees basic rates of pay as low as £1.83 per hour

This means UK workers are undercut by workers from overseas, which causes problems for both seafarers in the UK and in countries that supply the majority of crews. But the maritime industry is seen as a “special case”, which allows the exploitation to continue and causes discrimination against foreign workers.

Working conditions are pretty shocking, too

But it’s not only financially that maritime workers suffer. A recent in-depth study found that seafarers are likely to suffer in five main areas. Personnel Today lists them as:

Socialisation – social interaction on board, cultural awareness, transient nature of crews on a ship, and openness of communication

Leadership – the level of support offered and influence over conditions and culture.

In 2017, the maritime union Nautilus demanded action from the UK government to tackle exploitation of seafarers in the UK, many of whom were victims of modern slavery, and many more who were living in unacceptable conditions, with infestations and lack of fresh and nutritious food. In 2019, the RMT slammed the government for ignoring what it termed “ships of shame”. At the time, general secretary Mick Cash said:

Companies will trouser millions of pounds of taxpayers’ cash while they crew their ships with exploited seafarers from other countries.

And now Covid-19 is compounding the problems

Coronavirus has compounded all these issues, leading to port closures and travel restrictions. Crew changes were suspended in March 2020 as a “short-term solution” to stop supply interruption. But crew members still have no idea when they will be able to disembark and see their families. The International Transport Workers’ Federation (ITF) estimates:

300,000 seafarers are trapped working aboard these vessels, and another 300,000 are facing financial ruin at home, desperate to relieve these ships and start earning wages again.

Governments around the world recently signed up to an agreement at the UK-convened International Maritime summit on 9 July 2020. It seeks to safeguard seafarers’ rights and working conditions during the coronavirus crisis, and all 14 signatories recognise seafarers as keyworkers.

Even so, only 15 countries globally have opened their ports. So some crews are facing being trapped at sea indefinitely, while others are trapped at home. The ITF says:

Governments are the biggest barrier to resolving the growing crew change crisis.

We’re not paying attention to the human rights issues

Alarm bells should potentially ring when we consider that the top five suppliers of ratings (non-officer crew members) to the maritime industry are the Philippines, China, Indonesia, the Russian Federation, and Ukraine. China, Ukraine and Russia tend to rank pretty low in terms of human rights.

A similar group of countries supply the most officers to the maritime industry, with China topping the leader board and the Philippines, India, Indonesia and Russia following. In 2019, China had the world’s second-largest shipping fleet and constructed a third of all vessels globally. Around a third of all shipping routes pass through the South China sea.

So it’s problematic that China, Russia, and Ukraine were conspicuously absent from the International Maritime Summit in July. It doesn’t take a big leap to see that without three of the top five crew suppliers involved, securing better rights for seafarers is likely to be near impossible.

But it’s not enough to point fingers at those countries which supply seafarers. In a global industry, all governments have a safeguarding duty to protect workers. And instead, wealthy countries are ignoring worker exploitation to make a better profit and undercut minimum wage contracts. They leave workers from poor countries with no choice but to get on board, because if they don’t, they and their families will suffer even more.

For too long we have shuttered ourselves from the chronic conditions and poverty inflicted on people we rely on for all of our basic needs. It seems that shipping is yet another industry where profit is put so far before people that workers are drowning. And given how vital they are to humanity’s access to fundamentally important supplies, it’s past time to pull the curtain back on the global conditions for maritime workers.