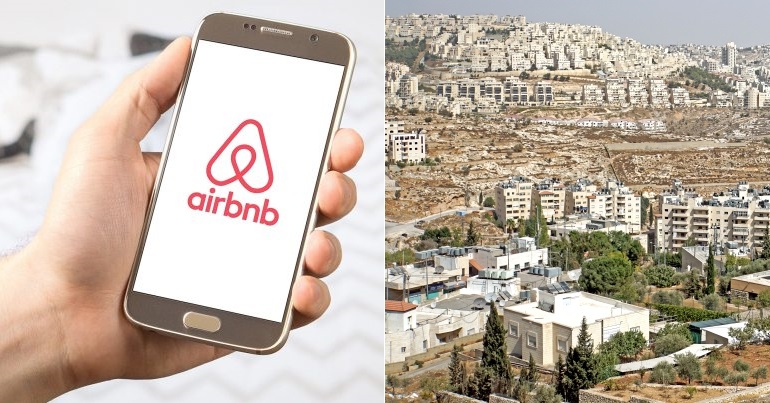 Home rental website Airbnb has announced that it will no longer list homes in illegal Israeli settlements in the occupied Palestinian West Bank. The decision affects around 200 listings and comes into force over the next few days.

We concluded that we should remove listings in Israeli settlements in the occupied West Bank that are at the core of the dispute between Israelis and Palestinians… Our hope is that someday sooner rather than later, a framework is put in place where the entire global community is aligned so there will be a resolution to this historic conflict and a clear path forward for everybody to follow… we continue to hope for a durable, lasting peace.

The Palestinian Authority (PA) has expressed support for the move. PA official Walid Assaf said in a statement to Israeli media:

We believe Airbnb made the correct decision. Its decision corresponds with the United Nations Security Council [UNSC] resolution 2334… We believe this decision advances the peace process and the two-state solution, which Israel would like to erase through settlement building. We call on all companies not to operate in the settlements.

UN Security Council Resolution 2334 states that the building of settlements in Palestinian territory “has no legal validity and constitutes a flagrant violation under international law”.

An adviser to Palestinian president Mahmoud Abbas, meanwhile, called the decision “an initial positive step”, but asked Airbnb to extend the same policy to listings in East Jerusalem.

Israeli minister Gilad Erdan, however, criticised the move as “a misguided decision that constitutes surrender” to people calling for boycotts. And tourism minister Yariv Levin described it as “the most wretched of wretched capitulations to the boycott efforts”.

A result of pressure over human rights concerns?

Airbnb’s decision follows international pressure over the past two years. Campaigners and non-governmental organisations (NGOs) have been criticising the website for profiting from illegal Israeli occupation. Human Rights Watch in particular has campaigned for Airbnb to take this step. And following the announcement, it said:

Airbnb’s decision to end its listings in Israeli settlements is an important recognition that such listings can’t square with its human rights responsibilities. For two years, Human Rights Watch has spoken with Airbnb about their brokering of rentals in West Bank settlements that are illegal under international humanitarian law and for which Palestinian ID holders are effectively barred from entering…

The NGO also urged other companies to follow suit. And it said the announcement comes a day before it is due to launch a report on holiday rental listings in illegal Israeli settlements.