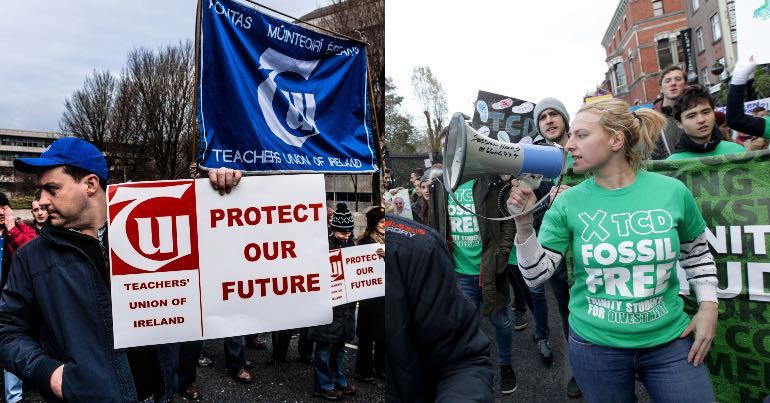 One of Ireland’s teachers’ unions has been mandated by its members to declare its support for students on climate strike. The Teachers’ Union of Ireland (TUI), which represents over 17,000 teachers and lecturers, will now “express public support” for the strikes.

The decision comes after members of the union voted to pass a motion in favour of the declaration at its recent annual congress. The motion also included initiatives for the union itself to combat climate change.

The next student global climate strike is due to take place on 24 May.

The TUI held its annual congress from 23 to 25 April. During the gathering, members voted on an emergency motion. The motion instructed the:

Executive Committee to express public support for the second student global climate strike on May 24th and their ongoing campaign.

Additionally, the motion called on the TUI’s executive committee to:

establish a climate change advisory committee to make recommendations and present concrete steps on how TUI can significantly reduce its carbon footprint and show leadership in tackling the current and future climate change crisis.

The motion was passed. And as a result, the TUI will now support and pursue the above policies. 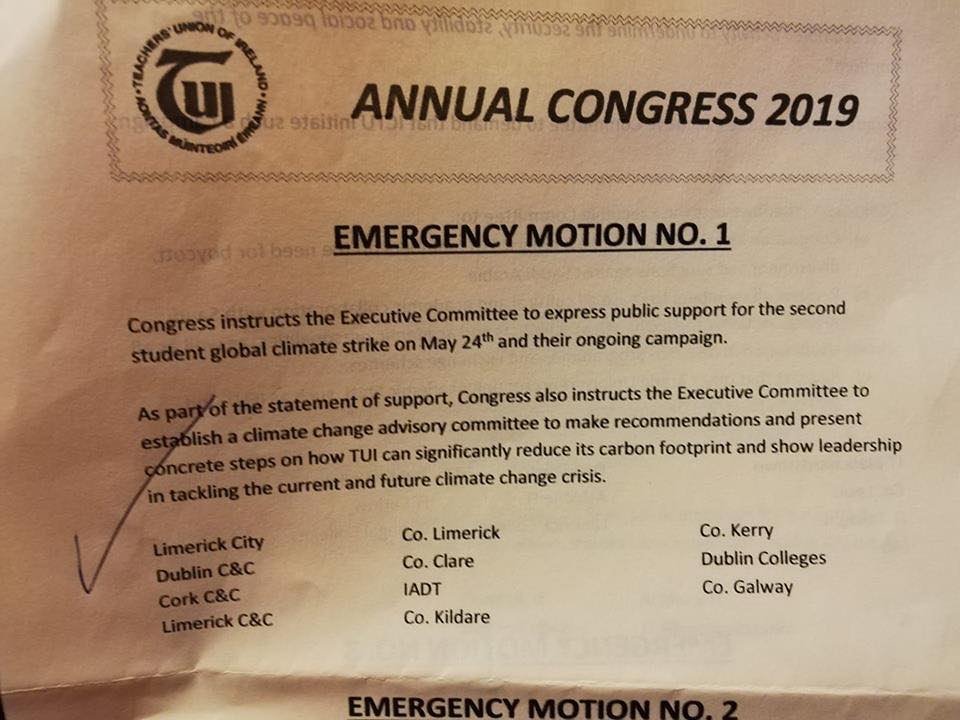 A spokesperson for the TUI told The Canary that the union praised the students “for taking a stand”. They pointed out that the passing of the motion by the TUI’s members “is a recognition of this”. They also argued that students are leading the way, saying:

Students are showing leadership on an issue that has been routinely and shamefully ignored by policy makers here and elsewhere.

As a result, they insisted that:

Their activism as concerned citizens of this planet bodes well for the future in more ways than one.

Irish prime minister Leo Varadkar has previously also announced his support for the climate strikes. He argued that:

They are children, pupils and students telling all of the adults in all parties to get their act together and do more about climate change because it is their future that is in jeopardy.

But Ireland looks set to miss its 2020 targets for renewable energy, according to a report published in January. The report highlighted that Ireland sits near the bottom of EU nations when it comes to meeting its renewable energy targets.