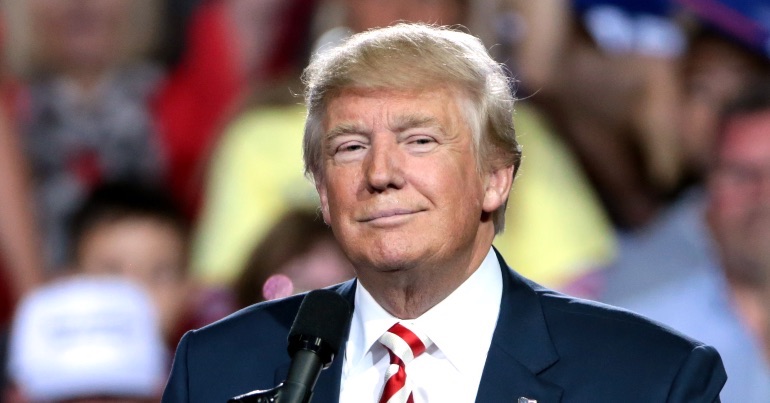 An Irish civil rights organisation, along with its US counterpart, has criticised Donald Trump ahead of his trip to Ireland on 5 June. The Irish Council for Civil Liberties (ICCL) and the American Civil Liberties Union (ACLU) accused Trump and his administration of violating US and international law.

Both organisations published the joint statement in the Sunday Independent. In it, the ICCL noted that they’re dedicated to defending people’s rights and “oppose policies that would limit or undermine human rights”. It declared:

We stand against racism, misogyny, trans- and homophobia, police brutality and discrimination.

But it also went further and directly criticised the Trump administration’s policies. It wrote:

Many of the policies advanced by your administration are not simply unethical, but they are unlawful, both in the United States and under international law.

And this includes Washington’s departure from the UN Human Rights Council and ignoring of other human rights organisations. As a result of this, it argued that these policies “threaten the rights of people everywhere”.

For this reason, the ICCL insists it will use its “constitutional right to protest your visit to Ireland”. It asserted:

We are proud to stand alongside ACLU, our sister organisation, in opposing your dangerous and harmful policies and in standing up for fairness, equality and respect.

And in closing, it wrote that it’ll continue to oppose Trump’s policies and any “attempts to diminish our rights and liberties”.

The statement came ahead of Trump’s arrival in Ireland on 5 June. He will fly in to Shannon Airport, which itself is regularly used as a stopover for US military flights. Trump will then go to his golf resort in Doonbeg where he’ll stay during his visit. The cost of it will reportedly reach €10m as the government steps up security for the president’s arrival.

As a result, activists have organised a number of protests. Demonstrations are due to take place around the country, with protests planned for Cork, Dublin, and Shannon.