Australian newspapers join together in campaign against government secrecy - The Canary 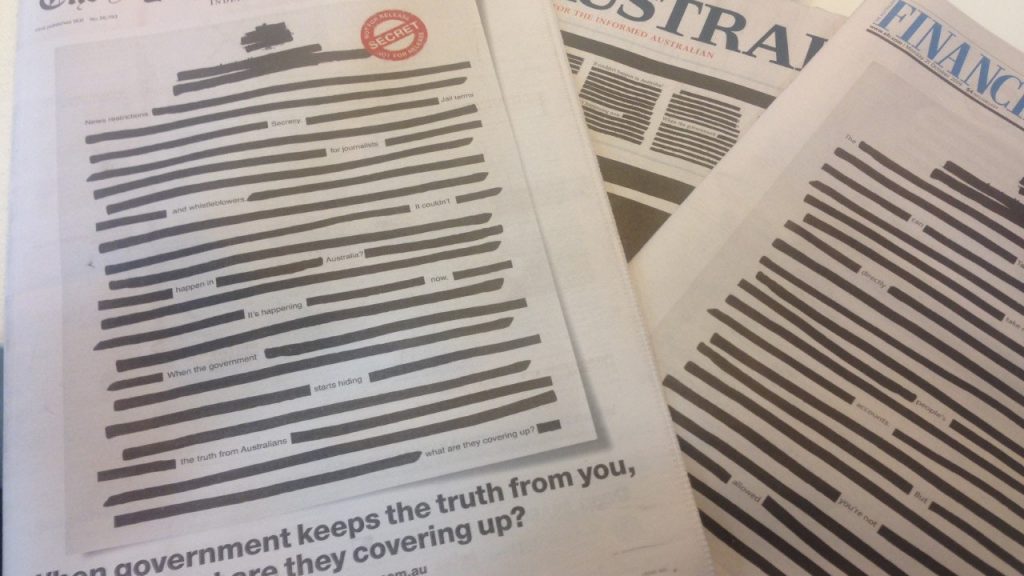 Rival media businesses first banded together to fight for press freedom in June after police raided the Canberra home of a News Corporation journalist and the Sydney headquarters of the Australian Broadcasting Corporation in search of leaked government documents that had formed the basis of news reports embarrassing to the government.

A former army lawyer has been charged over the leaks and several journalists could also be charged.

The newspaper front pages ask: When government keeps the truth from you, what are they covering?

Examples of secrecy include the government’s refusal to disclose which nursing homes have been found to abuse and neglect elderly residents. The government also will not disclose how much agricultural land has been sold to foreign entities.

“Australians should always be suspicious of governments that want to restrict their right to know what’s going on,” News Corporation Australia’s executive chairman Michael Miller said.

The media campaign began on the day that new Australian Federal Police (AFP) commissioner Reece Kershaw testified for the first time before a Senate committee that is holding an ongoing inquiry into police issues.

Kershaw, who has been in charge of the AFP for less than three weeks, said he planned to meet news editors soon to discuss their concerns on press freedom.

“Police independence and freedom of the press are both fundamental pillars that coexist in our democracy,” he said. “I strongly believe in these two pillars.”

Police had finalised new guidelines for investigating unauthorised disclosures by government officials that take into account a recent government direction to acknowledge the importance of a free and open press, Kershaw said.

Australian media organisations argue that press freedoms have been eroded by more than 70 counter-terrorism and security laws that have been passed by parliament since the al-Qaeda attacks on the US on 11 September 2001.

The government responded by asking a parliamentary committee to hold an inquiry into the impact of Australian law enforcement and intelligence powers on press freedom. That committee will report next month.