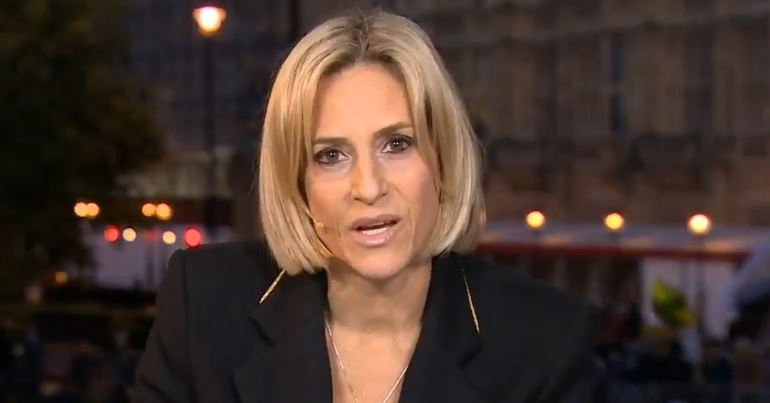 BBC Newsnight reported on the aftermath of parliament’s ‘Super Saturday’ session on 19 October. In particular, it detailed the ire politicians faced from protesters as they left parliament that day.

Its presenter Emily Maitlis made passing mention that MPs “from both sides” came into contact with the public. But its accompanying clip only showed contact between protesters and Conservative politicians, despite footage existing of someone confronting a Labour MP.

The clip – and the “throwaway” mention of what other MPs faced – explains why many see the broadcaster as a mouthpiece for the Tories.

Blink and you missed it. Here's how @maitlis presents the abuse against @HackneyAbbott over #BrexitVote Film of #ReesMogg film of #Gove film of #andrealeadsom – Diane – throwaway line at the end. 'MPs of all stripes..' really? #BBCBias pic.twitter.com/j2HuLw8uXO

Politicians headed to parliament on 19 October for more voting on Brexit issues. As such, protesters on both sides of the Brexit divide were out in force that day, including those involved a million-strong march calling for another referendum. A number of MPs decided to leave parliament via foot that day. The protesters didn’t stay quiet as they passed. Maitlis explained that:

The programme then proceeded to show a clip of that contact between protesters and Jacob Rees-Mogg, Micheal Gove, and Andrea Leadsom. It showed Rees-Mogg and Leadsom subject to chants of “shame on you”. One protester called Gove an “education wrecker”. The police flanked all of them as they walked.

After the clip finished, Maitlis added:

You’ve seen a couple of MPs who had to walk with police guards. Diane Abbott was another one who was confronted.

Maitlis is quite right, another protester did confront Diane Abbott. Footage of that is publicly available too:

Police escorting @HackneyAbbott as she is harassed by pro-Brexit supporters after leaving the stage of the #PeoplesVoteMarch pic.twitter.com/0plDF0HyF1

In that confrontation, a protester subjected Abbott to thinly veiled sexist and racist comments. The man asked the MP if she had “Jeremy Corbyn’s slippers on”, insinuating the two had been in intimate settings together. He then said, “you and Jeremy Corbyn need to go on a nice holiday somewhere and stay there”. This differs from a racist ‘go home’ comment but reeks of the same sentiment nonetheless.

But the BBC didn’t include this confrontation in its clip, it only showed those faced by Conservative politicians. This didn’t go down well with the public:

What a set up! Yet the real attack on Diane was ignored!

Shocking bias..again. But Gove thoroughly enjoyed it, eh? With that inane grinning.

That BBC Newsnight didn’t include what Abbott endured in its clip hasn’t done it any favours. By only documenting what Conservative MPs faced, it’s cementing a belief many already hold: that the broadcaster is biased towards the governing party. Because although MPs of ‘all stripes’ did indeed have ‘contact’ with protestors, it only properly detailed what happened to the Conservatives.