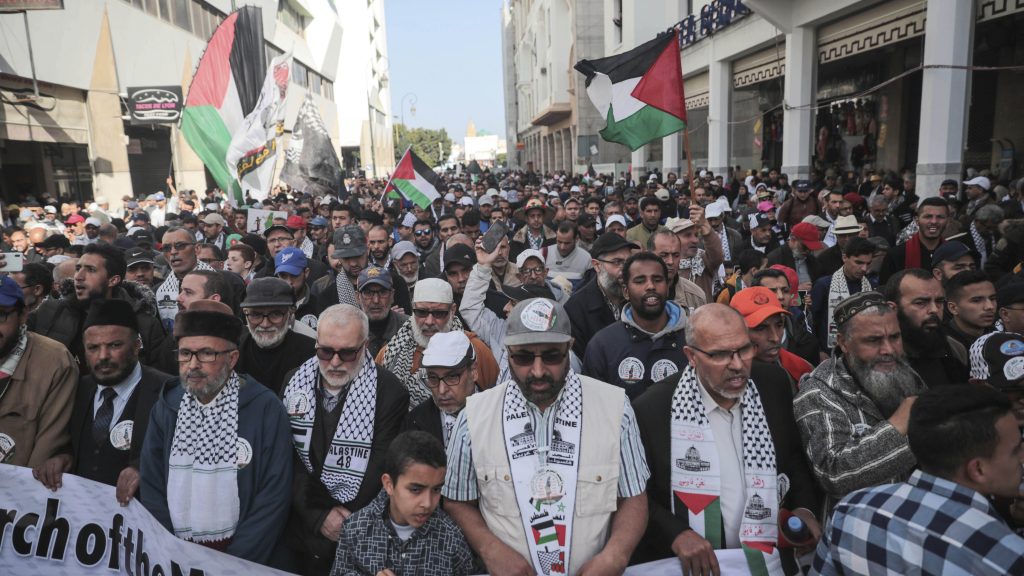 Thousands of people have marched in Morocco’s capital to protest against US President Donald Trump’s so-called peace plan for the Middle East.

Demonstrators also oppose what they see as the Moroccan Government’s lenient position toward it.

Political leaders from Islamists to left-wing figures took part in the march through Rabat alongside union members, activists and members of civil society groups.

Palestinian flags and chants animated the scene as protesters criticised the Trump-led initiative.

The marchers also expressed frustration with Moroccan foreign minister Nasser Bourita, who declared his country’s “appreciation” for Trump’s plan and urged its citizens not to be “more Palestinian than the Palestinians themselves.”

Trump’s plan for Palestine and Israel falls far short of Palestinian demands and would leave sizeable chunks of the occupied West Bank in Israeli hands.

Many Arab countries and the EU have rejected the plan as unfair.

At the protest in Rabat, Mohammed Doukali of the Unified Socialist Party said Morocco should do the same.

“The masses are here to say that their rejection of normalisation with Israel should be translated into an official position,” Doukali said.