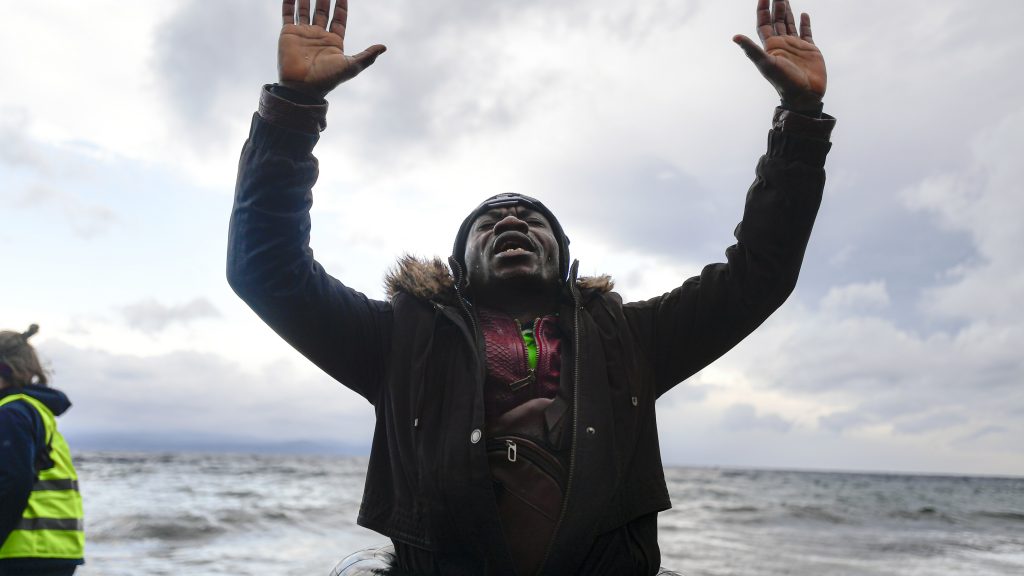 Thousands of refugees massed at Turkey’s western frontier on 1 March, trying to enter Greece by land and sea after Turkey said its borders were open to those hoping to head to Europe.

Turkish president Recep Tayyip Erdoğan’s decision to declare his country’s borders with Europe open made good on a longstanding threat to let refugees into the continent.

Rising numbers of refugees on the Greek-Turkish border are now unable to move in either direction.

Erdoğan was widely criticised when he invaded northern Syria (known as Rojava) on 9 October 2019. Some believe his intention is to “to ethnically cleanse the majority-Kurdish population of Rojava”.

In Syria, Turkish troops shot down two Syrian warplanes after the Syrian military downed a Turkish drone, a major escalation in the direct conflict between Syrian and Turkish forces.

That offensive led to a surge of nearly a million Syrian civilians fleeing the fighting toward Turkey’s sealed border.

Idlib is the last opposition-held stronghold in Syria and is dominated by al Qaida linked fighters.

Erdoğan’s announcement marked a dramatic departure from the current policy and an apparent attempt to pressure Europe into offering Turkey more support.

Under a six-billion-euro deal (£5 billion) in 2016, Turkey agreed to stem the tide of refugees to Europe in return for financial aid, after more than a million people entered Europe in 2015.

It has since accused the EU of failing to honour the agreement, and Erdoğan has frequently threatened to allow refugees to head to Europe unless more international support was provided.

On the Greek-Turkish land border, Greek army and police patrols thwarted attempts overnight by thousands to push into the country, using tear gas and stun grenades to keep crowds back.

Officials confirmed that on 1 March, authorities used tear gas and water cannons to push back another crowd attempting to cross.

The United Nations reported at least 13,000 people had massed on Turkey’s land border by nightfall on 29 February.

On the Greek islands, initial figures showed about 500 people had arrived from the nearby Turkish coast by Sunday afternoon.

If the trend continued, it would mark an increase in the usual number of people who arrive on eastern Aegean islands from Turkey.

Existing refugee camps on the islands are already dramatically overcrowded, and tensions there have mounted.

In a small harbour on Lesbos, angry local residents refused to allow refugees, including families with young children and babies, to disembark from a dinghy that had just arrived.

Many people who arrived on other parts of the island remained there for hours because local people prevented buses from reaching them to transport them to the main camp.

More than 19,300 people already live in and around the island’s refugee camp, which has a capacity of 2,840.

Protests by residents last week over the refugee situation degenerated into clashes with riot police on Lesbos and Chios.

Greece said it was using “all available means” to tell refugees that the country’s borders were closed, including text messages to foreign mobile phones in the border area.

The crisis in Idlib stems from a Syrian government offensive with Russian military support, which began on December 1.

Heavy fighting in Syria triggered a humanitarian catastrophe and the single largest wave of displacement in Syria’s nine-year civil war, with about 950,000 civilians fleeing their homes.