A lot of people won't 'stand with Priti', and here's why - Canary 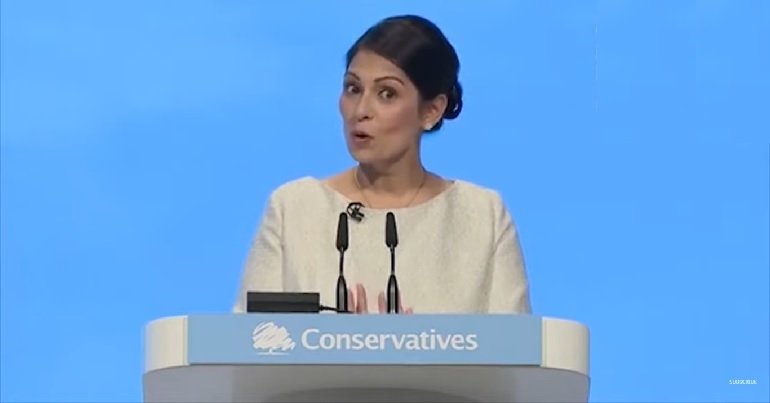 In the wake of the latest scandal around home secretary Priti Patel, #StandWithPatel began trending on Twitter. Patel is facing allegations of bullying, led primarily by civil servant Philip Rutnam.

But the hashtag intended to show support for Patel seems to have had the opposite effect:

"I #StandWithPriti cause Rutman was horrible "
Guess what.. I stand with neither. Rutman oversaw things like Windrush , stop and search and all the other racist policies.
They can get both get in the bin, but if Rutman can take down some ppl with him, it will be all the better

Surprisingly it seems everyone who is defending Priti Patel with #StandWithPriti are Tories et al.

Bully, entitled, ladder pulling up after her elitist.

I forgot to add traitor. But it's ok, everyone is claiming she is doing a great job. Is this what Britain has become

It seems a lot of people are keen to share the reasons for why they won’t ‘stand with Patel’. Aside from the allegations of bullying, Patel was forced to resign in 2017 for having “unofficial meetings” with Israeli officials. The meetings took place during her time as international development secretary. After the initial fall from grace, the fact that Patel returned as home secretary in Boris Johnson’s cabinet should, in itself, be cause for concern:

#StandWithPriti?!? Seriously? 🙄
After all those 'secret' meetings with Netanyahu she should probably be in prison. https://t.co/zOrByjML4b

Moreover, people haven’t forgotten Patel’s role in furthering the Tories’ hostile environment policy. At the Conservative party conference in 2019, she proudly declared that she wanted to end free movement “once and for all”. And given her role in the latest deportations it’s surprising that anyone would want to support her:

When I saw #StandWithPriti trending I thought this has to be a joke! I was proved wrong. What kind of country have we become that stands with a woman that deports vulnerable asylum seekers back to danger?https://t.co/njGcH6Pnlv

How can I #StandWithPriti….
When @patel4witham is a Bully…. Would deport me for being a few shades darker than her….
Would never do the hard grafting I do …but says I'm lazy…
And is the White supremacists (I'm not racist cause I have a black friend) shield ….😔 pic.twitter.com/BuKIf8JFle

Patel’s recent announcement of a new terrorism offence is yet another reason for anyone to be wary of her politics. In January of this year, Patel proposed to make the possession of extremist or terrorist material a criminal offence. As The Canary’s Emily Apple pointed out:

Just in itself, this is a frightening prospect that criminalises thought – especially given that while terrorism is defined in law, extremism doesn’t have a legal definition. But in the context of a policing strategy that equates protest with terrorism, it is utterly terrifying.

Patel’s position on Gypsy, Roma and Traveller communities, and a pledge to effectively criminalise them, is equally abhorrent.

Any claims about Priti Patel’s conduct within the Home Office must be investigated. But all in all, there are already plenty of reasons to not #StandWithPriti.