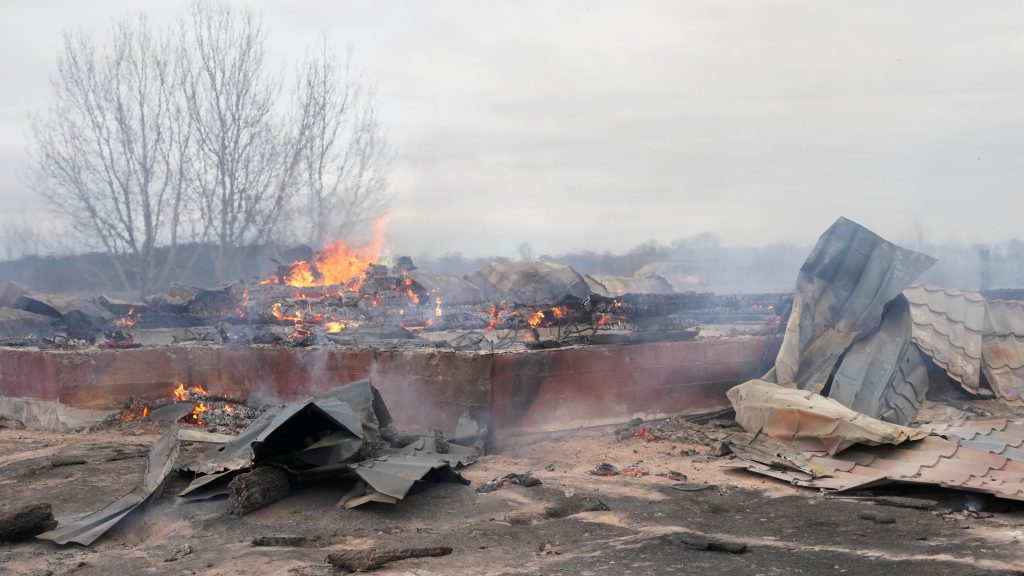 Amnesty International has condemned Russia’s reported use of cluster munitions in Ukraine, saying an attack on a pre-school “may constitute a war crime”.

The human rights charity said “a 220mm Uragan rocket dropped cluster munitions on the Sonechko nursery and kindergarten in the town of Okhtyrka in Sumy Oblast” on 25 February. It added:

The strike may constitute a war crime.

Amnesty said three people were killed in the attack, including a child, while another child was wounded. Cluster munitions scatter or release smaller munitions or bomblets over a wide area. This increases the potential for casualties and damage. More than 100 countries have committed never to use the weapons under the Convention on Cluster Munitions, including the UK. But neither Russia nor Ukraine have signed the agreement.

It is stomach-turning to see an indiscriminate attack on a nursery and kindergarten where civilians are seeking safe haven. Plain and simple, this should be investigated as a war crime.

As this human tragedy unfolds in Ukraine, any person who commits war crimes should be held individually accountable before the International Criminal Court (ICC) or another international criminal justice process at the national or international level.

It is imperative that UN member states and the ICC urgently consider how to ensure the timely and effective collection and preservation of evidence of any crimes under international law committed in Ukraine.

⚡️ A preschool in north-eastern Ukraine was hit on 25 February with cluster munitions, killing 3, including a child & wounding another child. There is no possible justification for dropping cluster munitions in populated areas, let alone near a school.https://t.co/XG7hOjnXAc

Human Rights Watch said it has also identified examples of cluster munition use. On 25 February, it said the Russian military had used a cluster bomb the day before in the town of Vuhledar.

Four civilians were killed in the attack, the organisation said.

Human Rights Watch describes the weapon as posing “an immediate threat to civilians during conflict by randomly scattering submunitions or bomblets over a wide area”.

A spokesperson for the Ministry of Defence told the PA news agency:

As a state party to the Convention on Cluster Munitions, we oppose the use of cluster munitions and discourage all states from using them.