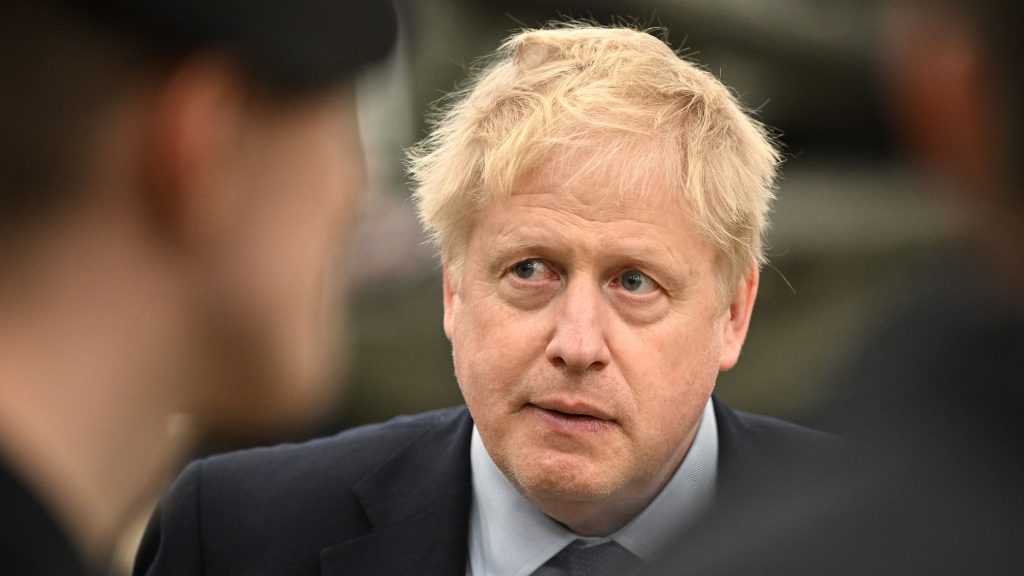 The Conservative Party should give money from a Conservative donor with Russian links to Ukrainian humanitarian causes, Boris Johnson has been told. While the issue of UK politicians accepting donations from Russian oligarchs is nothing new – The Canary having reported on it for years – it has suddenly become advantageous for politicians to acknowledge the issue:

“The Labour leader faced shouts of “shame” and “disgrace” when he mentioned Tory donations.”

What a difference 4 years makes! https://t.co/kgZ3zmuoxC

From Russia with cash

Lubov Chernukhin, whose husband Vladimir Chernukhin served as Russian president Vladimir Putin’s deputy finance minister before moving to the UK in 2004, has given more than £2m to the Conservative Party since 2016.

Figures released by the Electoral Commission on Wednesday 2 March show Mrs Chernukhin donated another £80,250 to the party in the final months of 2021. At Prime Minister’s Questions on the same day, Labour MP Bill Esterson asked Boris Johnson if he would instruct the Conservative Party to hand the money to Ukrainian humanitarian causes:

I asked Boris Johnson if he would end the suspicion of conflicts of interest and show solidarity with the Ukrainian people by giving the £2 million they have accepted from Lubov Chernukhin, to Ukrainian humanitarian causes. He chose not to take the opportunity to do so. pic.twitter.com/66DIOntiNf

I know he doesn’t want to tar everyone with Russian links with the same brush and neither do I, but leaked documents… show that Vladimir Chernukhin received eight million US dollars from a Russian member of parliament, an ally of Putin who was later sanctioned by the United States.

This is an opportunity for the Conservative Party and for the Prime Minister to end the suspicion of conflict of interests with Putin whilst showing solidarity with the Ukrainian people.

It is absolutely vital that if we are to have a successful outcome in what we are trying to do collectively, united with Ukraine, that we demonstrate that this is not about the Russian people, it is about the Putin regime.

The PM is judging #PMQs all wrong. Why keep repeating that his Government is doing all it can on sanctioning Russian oligarchs when it clearly isn’t? Why delay the introduction of aspects of the Economic Crimes Bill for 18 months? Ministers must go much further & much faster 🇺🇦

The Tories have previously defended taking money from Mrs Chernukhin and there is no suggestion that Mr and Mrs Chernukhin’s vast fortune – more than a person could earn in several lifetimes – is illegitimate. Mrs Chernukhin is entitled to donate to UK political parties as she is a British citizen.

We’ve published the donations and loans that political parties reported to us from October to December 2021.

Learn more and see a full breakdown of donations https://t.co/EtxAIn4vWB

In total, the party received almost £5m in donations during the last three months of 2021, an increase of more than £800,000 on the previous three months. The Conservatives received £3.2m from individual donors and another £950,000 from companies.

While Labour leader in 2018, Jeremy Corbyn called out the issue of politicians accepting donations from Russian oligarchs. At the time, he was roundly criticised by politicians:

Hi @Anna_Soubry Have you apologised to @jeremycorbyn for this tweet yet? pic.twitter.com/7irXzW0s3p

You can see why Jeremy Corbyn tried to create a crony donor free party.

Corbyn isn’t the only figure on the left to go after the oligarchs and the crooked, capitalist system they represent:

Incredibly, the 500 richest people in Russia with a net worth of at least $100 million now own more wealth than the bottom 99.8% of Russia’s population – 145 million people. This is the type of inequality that exists not just in Russia, but throughout the world. (2/14)

Now, more than ever, those of us who believe in democracy and justice must work to bring working people all over the world together. Instead of hate & divisiveness, let us take on the greed & ideology of the top 1% and fight for economic, social & environmental justice. (14/14)

As mentioned, The Canary has published multiple pieces on dodgy oligarch money. It’s nice that politicians seem ready to tackle the issue too. The question is will they still be fighting corruption when it’s no longer politically advantageous to do so?