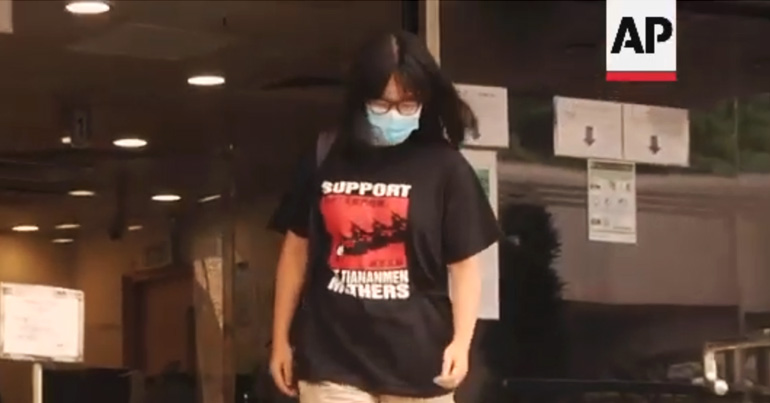 Hong Kong police’s decision to ban a Tiananmen vigil last year was unlawful, a court ruled on 14 December. The statement came as it overturned the conviction of jailed democracy activist and lawyer Chow Hang-tung. The ruling is a rare rebuke against Chinese authorities, which has nearly eradicated public commemoration of the 1989 crackdown.

Chow, a 37-year-old lawyer and one of Hong Kong’s most prominent democracy activists, led the now-disbanded group ‘Hong Kong Alliance in Support of Patriotic Democratic Movements of China’. It used to organise the city’s annual candlelight vigils mourning those killed in Tiananmen Square.

Police have banned the last three vigils, citing the coronavirus and security fears. The courts have also jailed multiple activists who defied those bans, including Chow. The lawyer was jailed for 15 months in January for writing articles urging the public to “light candles to seek justice for the dead”, which a lower court said amounted to inciting others to defy the ban.

I support Chow Hang-tung, Hong Kong human rights lawyer & activist. She is in prison for asking people to light candles for victims of the Tiananmen Square crackdown 🕯️
Join me & @AmnestyUK in calling for her freedom https://t.co/JWhb9pH5pi #WriteforRights #FreeChowHangTung pic.twitter.com/5uTRRFG6yS

On 14 December, high court judge Judianna Barnes said police should have “proactively and seriously” considered ways to facilitate the vigil in 2021, as the law required. As the government failed to prove the ban was legally valid, Chow’s articles no longer constituted a crime. The court subsequently scrapped her conviction.

Despite her court victory, the Hong Kong lawyer has already served a majority of the 15-month sentence. She also remains in custody as she faces further prosecutions, including for national security charges that carry up to a decade in jail.

Hong Kong was formerly the only place in China where mass commemoration of Tiananmen was tolerated, but Beijing has been remoulding the city in its authoritarian image after an uprising in 2019. The protests were triggered by an extradition bill that enabled China to extradite Hong Kongers for prosecution.

Police said at the time of Chow’s arrest that the government had banned the vigil due to the pandemic. It made thousands of officers available to halt any “unlawful assemblies”. But judge Barnes said that police failed to fulfil their duty under the law to take reasonable measures to facilitate public gatherings, such as imposing conditions on social distancing:

Although the organisers expressed willingness to follow any reasonable demands by the police, the police only raised questions… and did not propose measures or conditions that could obviously be considered.

In mainland China, censors have long obscured what happened at Tiananmen Square, both online and in the real world. The Chinese state has largely driven commemoration of the Tiananmen crackdown in Hong Kong underground. Last year, multiple statues marking the historical event were removed from university campuses, and an activist-run museum was shut down.