Cameron and Osborne plot post-Brexit careers, Off The Perch helps out - The Canary 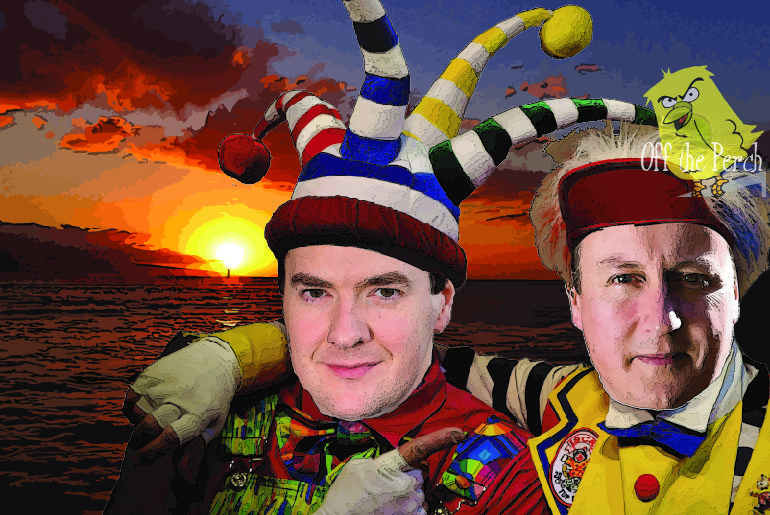 And so David Cameron and (probably) George Osborne are gone – the result of a referendum that Cameron called himself – a lengthy and undignified spectacle which unfolded like a man slow-motion punching himself in the crotch.

But what’s next for the derelict duo?

Here are some of our top suggestions: 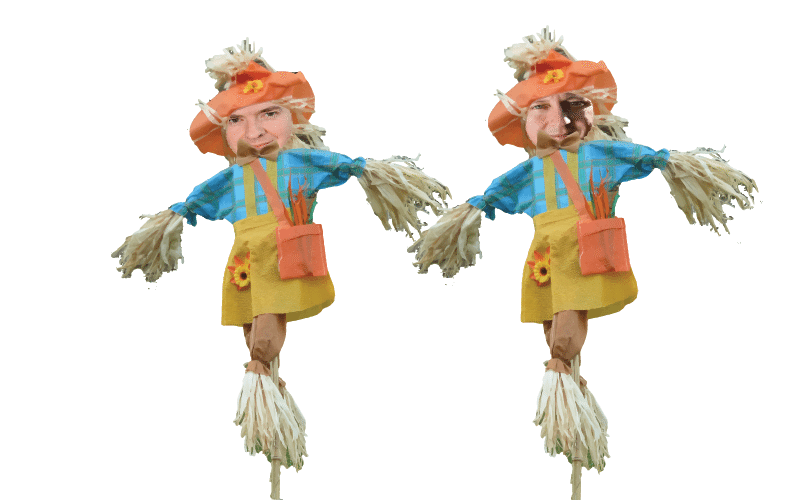 Although their ability to scare away birds is likely to be minimal, this referendum has shown that they do repel one group, and that’s voters. As such, George and Dave could could get a cushy job as scarevoters – the idea being that politicians would prop these two up in front of their enemies’ campaigns to ward off the electorate.

You might think that this sounds like a bit of a silly notion, but remember that people have been doing it with Tony Blair for years. 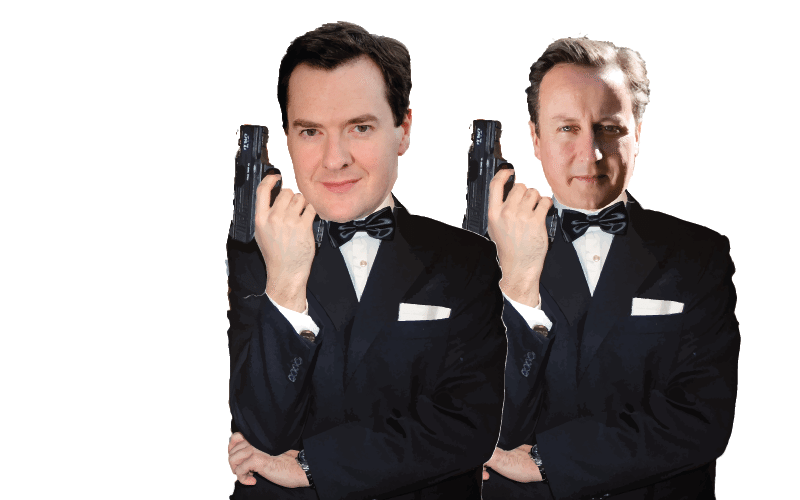 There’s been a lot of talk about what sort of Bond we should have next – with people questioning if it’s time for a female or non-white Bond.

But how about we forget all of that and have two Bonds who are just really terrible at their jobs?

You can’t say it wouldn’t be original.

Possible storylines could involve the Bonds opposing Blofeld by covertly selling weapons to him through some sort of proxy, or branding anyone who refuses to sleep with them as ‘terrorist sympathisers’ and calling them out on Twitter. 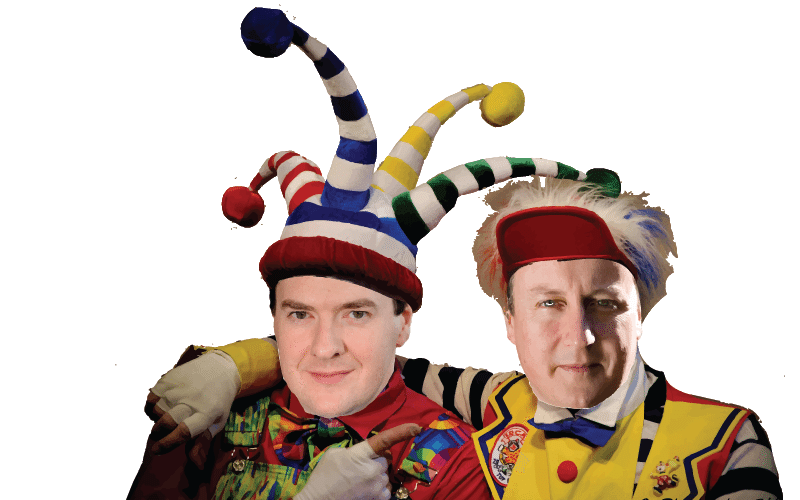 As a chancellor who failed to juggle any of his responsibilities and a PM who is primarily famous for hijinx with animals, you could argue that this pair of fools have been in the clowning game for some time. 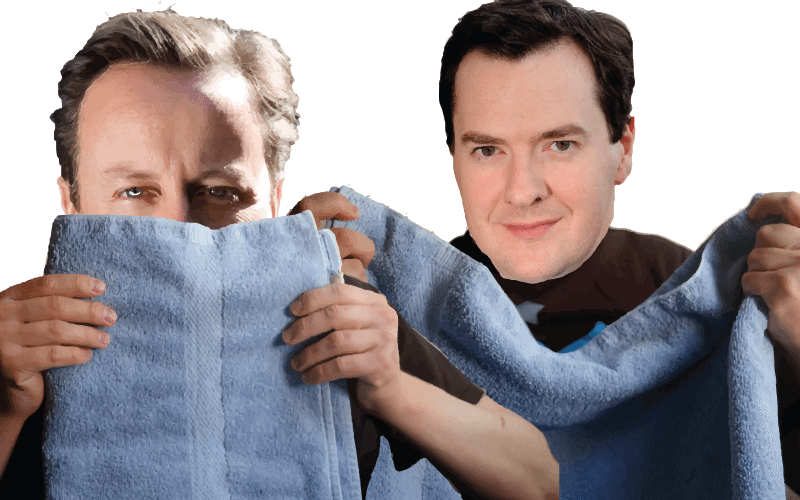 The only other job that George has known.

David, meanwhile, had lots of jobs as a young man, but as we’ve already made one #PigGate reference, we should probably just leave that one there. 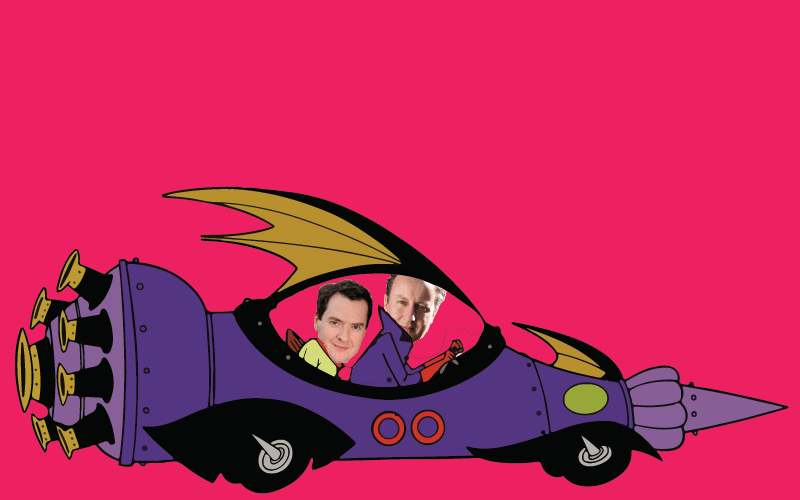 A natural fit, as one of them is a snickering side-kick, and the other is a dick.