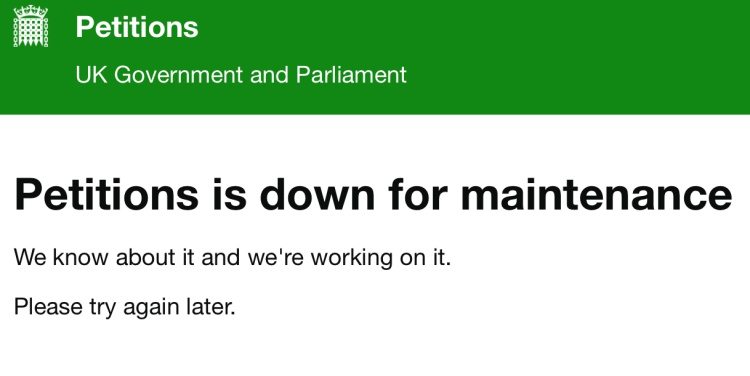 Over 135,000 people have already signed a parliamentary petition calling for a second chance to vote in the referendum. The petition has been so popular, it has caused the site to crash.

We the undersigned call upon HM Government to implement a rule that if the remain or leave vote is less than 60% based a turnout less than 75% there should be another referendum.

Petitions which reach 100,000 signatures are almost always debated. But we may decide not to put a petition forward for debate if the issue has already been debated recently or there’s a debate scheduled for the near future.

How this is interpreted in the current climate is anyone’s guess.

Given this petition seems to be based on a desire to implement a new rule rather than enact an existing one, it does open itself up to criticism of moving the goal posts. It also seems highly unlikely to happen given there has just been a mandate from the people to leave.

This has been a campaign dominated by lies and manipulations – Nigel Farage has already admitted that he thought the promises to spend the money on the NHS “a mistake” – and there may be people who already feel betrayed by broken promises within 24 hours of the result.

Furthermore, with at least one leaflet having been reported to Electoral Commission, there may well be further arguments in the days to come over whether or not this result should be binding.

And while it would have to be pretty extraordinary circumstances to see a government call for a second referendum, the pace at which this petition is gathering signatures shows people have far from given up.

Whatever happens next, we are still far from uniting a very divided country.

Sign the petition calling for a second referendum, if you agree.