Brexit plunges us into temporary darkness, but it can propel us to a brighter future - The Canary 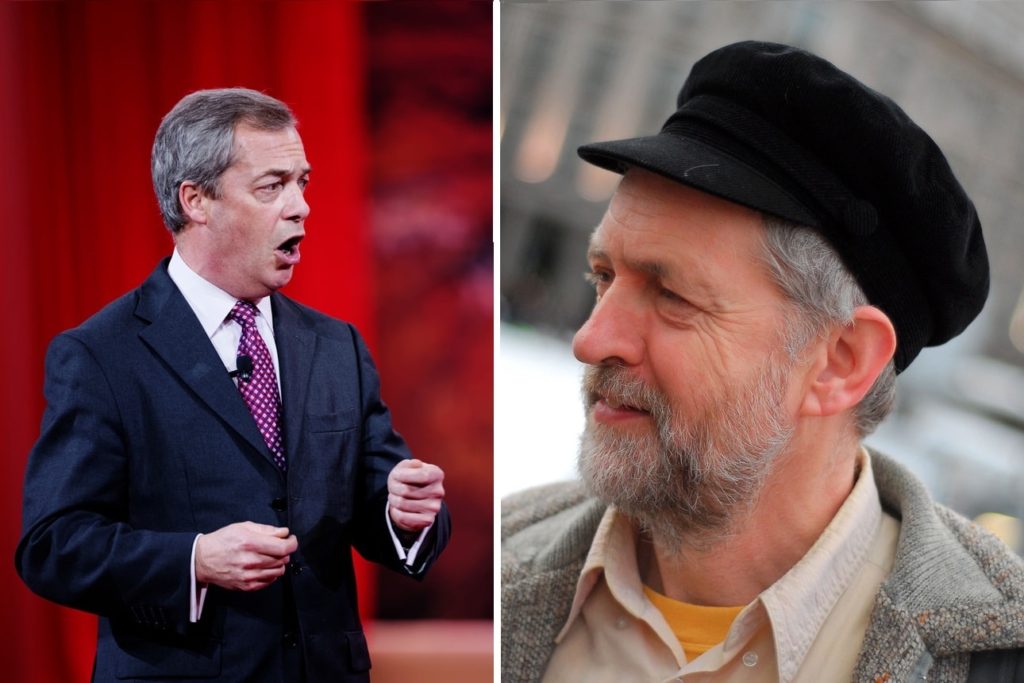 If Brexit doesn’t spark an early general election, then the British public has essentially handed the power to completely rewrite its laws and policies over to right-wing forces, and lost the opportunity to try and reform the EU from within.

But this temporary darkness can propel us into a brighter future.

While the Conservatives are now liberated from EU policies, so are any future progressive governments.

Here are some reasons to be nervous, yet optimistic, about our decision to Brexit:

It could be the beginning of the end for UKIP

Essentially, UKIP is a single issue party. Nigel Farage’s answer to nearly every question is that we must leave the European Union. Now that we have, what else does he have to say?

Of course, they will want to defend the gains they’ve made. However, they have promised voters the earth if they leave the EU. Now, when it fails to deliver, UKIP will be exposed.

Migrant scapegoating may also be exposed as a con

But if another trade deal is arranged, then immigration will be curbed – and therefore exposed. Neoliberal economics and austerity are the reasons for our squeezed public services and falling living standards, not immigrants. Curbing immigration, while increasing these policies, would expose migrant scapegoating as a sham.

The chances are, we will now see a Boris Johnson-led Conservative government in power. But leaving the EU under such a government will not solve any of the issues for those who supported Brexit.

Post-Brexit, the pound has plunged to a 30 year low, meaning imports will be more expensive. The EU may punish us economically for leaving. Factors such as these may push us into a recession, plunging us into temporary darkness.

Nevertheless, after making bold promises about how things will improve, Boris and his lot will likely begin their unbridled destruction of workers’ rights and imposition of even greater neoliberal policies. Living standards will be in free-fall, bolstering the need for Corbyn’s Labour.

We are free from a neoliberal institution

The leftwing case for Brexit is strategic and clear. The EU is not – and cannot become – a democracy. Instead, it provides the most hospitable ecosystem in the developed world for rentier monopoly corporations, tax-dodging elites and organised crime.

The dominant ideology of neoliberalism is what facilitates this ecosystem within the EU. ‘Neoliberalism’ means the stripping back of the welfare state, deregulated financial markets and privatisation. It is a convenient ideology for Conservatives because it functions as Conservatism. By leaving everything up to market forces, it does nothing to challenge existing power structures and monopolies, and thereby preserves them. And besides, a free market system will always lead to polarised income inequality and monopolies – even if they were not already in place.

Neoliberalism maintains or creates economic disparity. As humans making our way in the world, we all have necessities – things we need in order to live, such as healthcare, shelter and food. Privatisation of these essential services means we rent them off rich individuals rather than paying for them together. Tollgates are placed between us and what we need to survive, enabling the already rich to extract more wealth from the rest.

This type of economics is written into the EU. The Maastricht Treaty, established in 1992, restricts public investment through capping borrowing levels, favouring the short-term gains of cutting government spending and services. Jeremy Corbyn’s Labour would have had to produce a manifesto at odds with EU policy.

The dreaded Transatlantic Trade and Investment Partnership (TTIP), a neoliberal dreamland, is not some hiccup but encapsulates the direction of the EU at present. That the EU was even considering such a ‘trade deal’ should send alarm bells ringing.

TTIP is the homogenisation of ‘non-tariff measures’ in the US and the EU, with the aim of economic growth; i.e. abolishing regulation so we adhere to American standards of ‘free-trade’.

This economically right-wing direction also emanates from the type of treatment Greece received after the financial crisis, at the hand of the troika (the European Commission, the European Central Bank and the International Monetary Fund). Make no mistake, the bailout was not for the Greek people. Money went to the country’s banks and foreign creditors with a mere 11% going to to the Greek state. It was a transfer of debt from the private to the public sector. The Greek people shouldered the risk of the bank’s excessive lending, which caused the crisis in the first place.

Brexit means we are free from the Europe of privatised profit and socialised losses.

The neoliberal Jean-Claude Junker, President of the European Commission, is the former Prime Minister of Luxembourg. He presided over the establishment of one of Europe’s most notorious tax havens. This is the man in control of the executive body of the EU, and we could not vote him out.

But we can vote out the Brexit faction of the Conservative party, a decision that now lies with the British people.

People are getting sick of austerity policies and the vote was partly a kick at Cameron and his cuts.

This expression of anger at the establishment gives us momentum for positive change.

The EU currently restricts both ultra right-wing governments and progressives from altering the status quo. After Brexit, a progressive government, such as Corbyn’s Labour, would be free to implement an investment based economy and hurl neoliberalism into the dustbin of British history.

Brexit could expose immigration fearmongering, by showing that curbing immigration will not improve our public well-being. It could expose the misguided talking points of UKIP, who blame the EU for all the nation’s woes – when really the culprit is the toxic ideology of neoliberalism. This is an ideology shared by the EU, UKIP and the Conservatives, because it functions to transfer wealth from the already poor to the already rich.

But ultimately, the decision now lies with the British people. How we shape this country, whether it is isolationist or outward looking, whether it invests in public services or makes cuts, now entirely depends on the government we elect.

Check out the People’s Assembly Against Austerity.