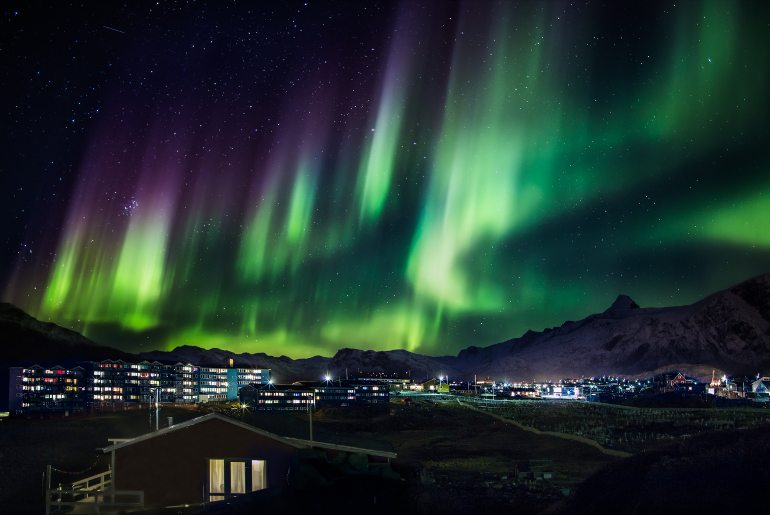 The visual beauty of the northern lights has inspired generations of artists to capture their ghostly splendour. People viewing these artistic impressions are often left with a longing to see this natural light show for themselves, so it’s no wonder that viewing the northern lights tops many a bucket list. But what may surprise you is that there are sounds associated with particularly strong occurrences of northern lights.

Strange sounds have been reported during very intense northern lights (a.k.a. aurora borealis) displays, by people living in northern areas of the planet, for hundreds of years. An attempt to record northern light sounds in Alaska was made in 1960, but failed. And since there is no theory to explain how they could be produced many geophysicists did not believe they exist.

Until Professor Unto K. Laine, of Aalto University, Finland, brought his considerable talents to bear on the problem. Laine has proposed a new inversion layer hypothesis to explain the auroral sounds. An inversion layer occurs when a layer of cold air is formed close to the ground, with a layer of hotter air above it. This is opposite situation to the usual case, hence the inversion.

The crackling and popping sounds associated with the northern lights were originally recorded by Laine in 2013, during an exceptionally strong display in southern Finland, of which Laine says:

I recorded hundreds of sound events in Fiskars where the temperature was at -20 °C. I selected the 60 loudest events, the sources of which were directly above the recording microphone array. The magnetic pulses that preceded these sounds proved that their sources were at an altitude of approximately 75 metres.

But it wasn’t until he combined these results with those of the Finnish Meteorological Institute (FMI), which recorded an inversion layer at the same height as Laine’s recording, that the inversion layer theory was born. The FMI data also showed a strong correlation between the magnetic pulse strength and loudness of the sounds.

According to the inversion layer hypothesis an electric charge is built up by the ‘lid’ of warmer air in the inversion layer. This gradient of static electricity is then discharged, resulting in sparks and sound, by the geomagnetic forces of the northern lights.

When the weather was calm in winter, smoke from cottage chimneys rose straight up in a vertical line, stopped abruptly and began to spread into a horizontal dome over the village,

Laine emphasises that the hypothesis does not rule out other mechanisms, but it does provide an explanation to three mysteries surrounding these sounds:

So if you do go on holiday to see the northern lights you may be lucky enough to hear them as well as see them. And if you want a little respite from the ensuing chaos of Brexit, maybe now is a good time to tick the northern lights off your bucket list.

Featured image of Northern Lights in Greenland via Wikimedia Commons